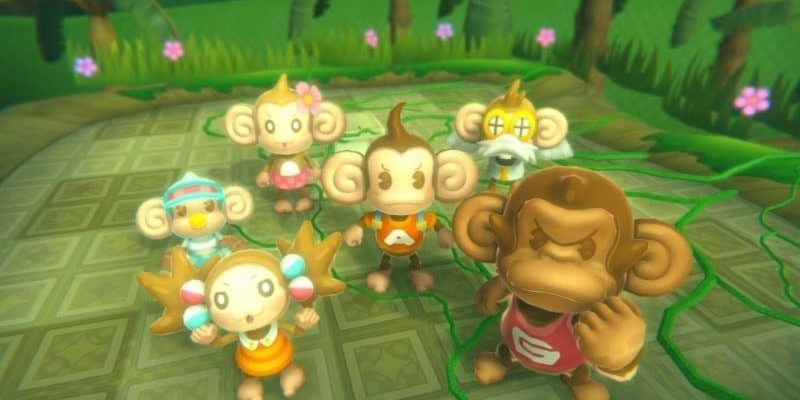 Sega shocked everyone when it announced Super Monkey Ball: Banana Blitz HD would be releasing this year. Once a popular cash cow for the company, Super Monkey Ball sort of fell out of style after the Vita release in 2012. For one reason or another, Sega decided to resurrect the Wii iteration of the game and port it to modern platforms, including PC. We now finally have a look at the title in motion.

Honestly, it looks about what I’d expect from a remaster. This isn’t a dramatic overhaul of Super Monkey Ball, but it’s also very bright, colorful, and clean. I love seeing the Ryu Ga Gotoku Studios logo in the trailer, which could mean some Yakuza crossovers are in the works. For those unaware, Sega CCO Toshihiro Nagoshi originally created Super Monkey Ball before doing work on a ton of other franchises for the company. He’d later found Ryu Ga Gotoku Studios and create the very successful Yakuza games.

Interestingly enough, the amount of mini-games seems to have been cut down from the Wii original. Sega is boasting about “10 mini-games” in this HD port, but the Wii version had over 50 included. That’s a tremendous amount of cleaning up. I’m not sure what is going to be retained here, but I’m almost worried that too much has gotten the ax in favor of getting this out quickly. I also have to wonder why Banana Blitz was chosen over 1 and 2.

Currently, the PC release of Banana Blitz HD is scheduled for winter 2019. The console versions will be coming out on Oct. 29, 2019, for PS4, Xbox One, and Switch. They’ll be getting a physical release in addition to the digital one. You’ll be able to grab the game for $39.99 when it does come out. Preorders will include a sticker set, which is nice enough I suppose.