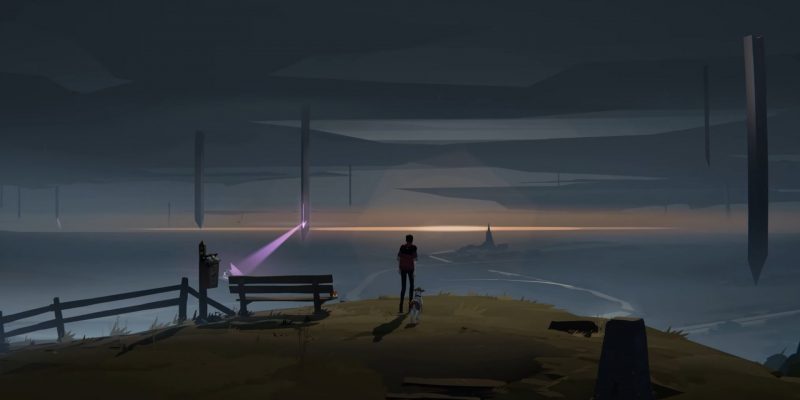 Microsoft was going hot and heavy during its Xbox and Bethesda show, dropping trailers for 30 games. It would be easy to miss the smaller indies wedged between giants like Starfield and Halo. However, one game certainly got my ears to prick up. Somerville, an indie survival game by studio Jumpship, is certainly worth a look. Somerville is a game set during an alien apocalypse, and you must escape a deadly pursuit along with your family.

It starts off innocent enough. We see a family, quietly snoozing on a couch. But in the background, something is stirring. It doesn’t take long for things to go south, of course. Soon, we see the family desperately trying to evade an alien onslaught, as giant, black spears pierce into the earth.

“In the wake of catastrophe you must find the means to make your family whole again,” reads the game description. “Somerville is a Sci-Fi adventure grounded in the intimate repercussions of large scale conflict.”

Somerville is a game that looks to blend survival with horror. The human race is being snuffed out, but there seem to be some trying to stand their ground. However, it’s your job to protect your family, so most of the time it looks like you’ll be running and trying to escape. There also seem to be some puzzle elements, as half way through the trailer we see the father pushing a mine cart as red lights sweep for movement. Somerville will also include forests to sneak through, and flooded areas for a refreshing swim.

So far, Somerville looks haunting, thrilling, and gorgeous. I’m looking forward to giving this a try myself. Sadly, it’s still going to be a while before we’re able to survive the invasion. Somerville is set for a release date sometime in 2022, and it should be heading to PC.

Monomi Park reveals Slime Rancher 2, a sequel to the 2017 original