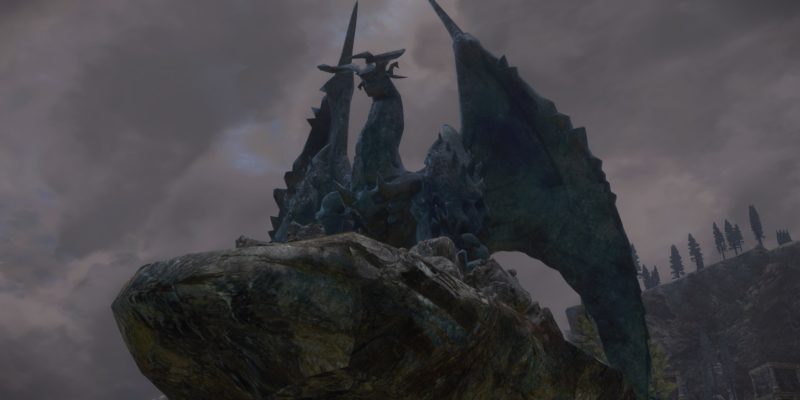 The Three Keys is a main quest in Sword Art Online: Alicization Lycoris. This quest takes place in the game’s fourth chapter in Wesderath Empire – Villind Plateaus. The goal here is to find, well, the three keys that’ll open Drugo’s Temple, letting you claim an artifact that can cancel out the lightning strikes barring your path to the next zone. Here’s our quest guide to help you out. 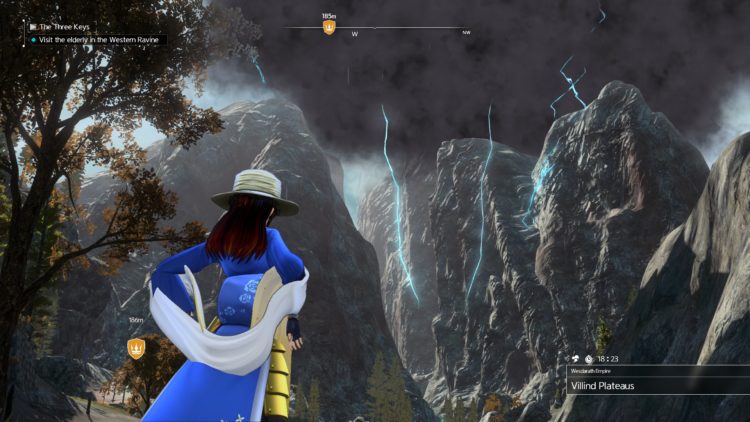 The three keys in the quest are the Ice Crystal Key, Crag Key, and Dragonscale Key. Normally, Sword Art Online: Alicization Lycoris marks your main quest objective on the map. In this rare instance (similar to Beast Sightings in chapter 2), multiple objectives in different zones will turn the main quest untrackable. Instead, you’ll need to press the right thumbstick (RS) to mark the main quest’s icon on each of the area maps. 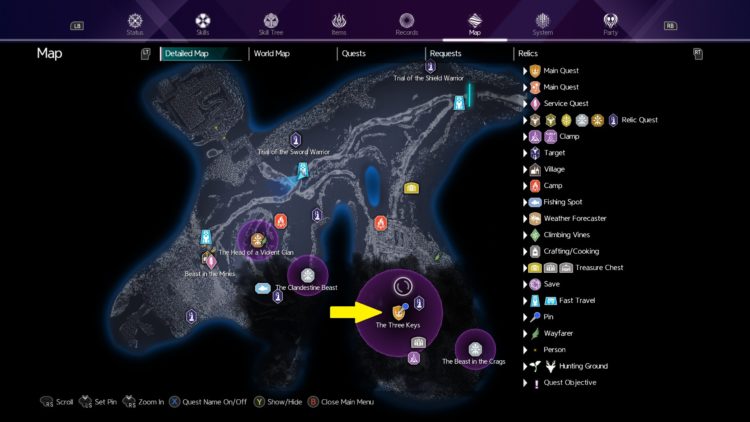 You’ll eventually reach a craggy area (the perfect location for the Crag Key). 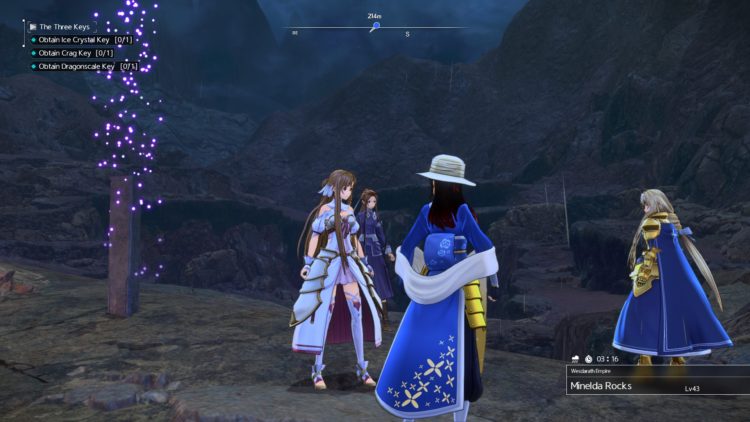 Go southwards and you’ll notice that the marker you manually placed is right below you. Don’t jump down, though, because it’s gonna be a doozy. 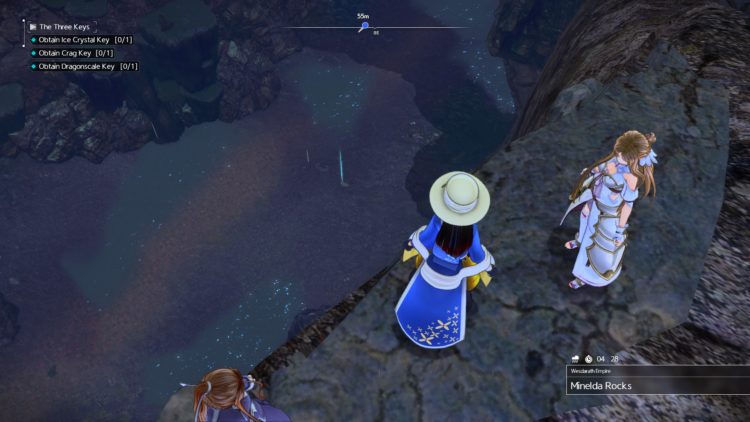 Instead, head through a nearby tunnel. 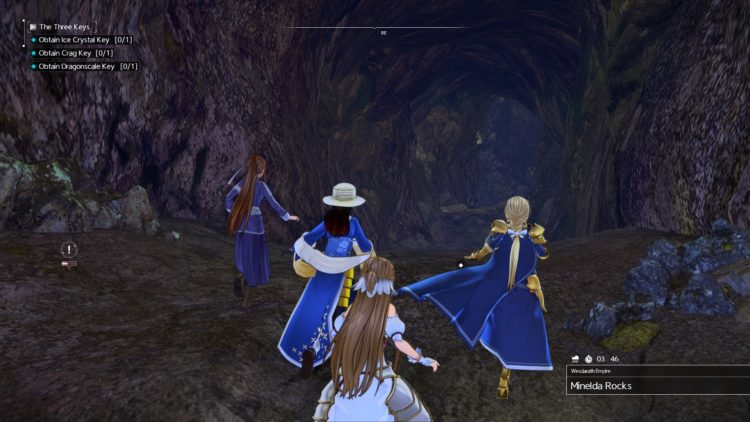 The tunnel’s corridors will eventually lead to a cavern with a Clamp. There are also some monsters here so go ahead and eliminate them. 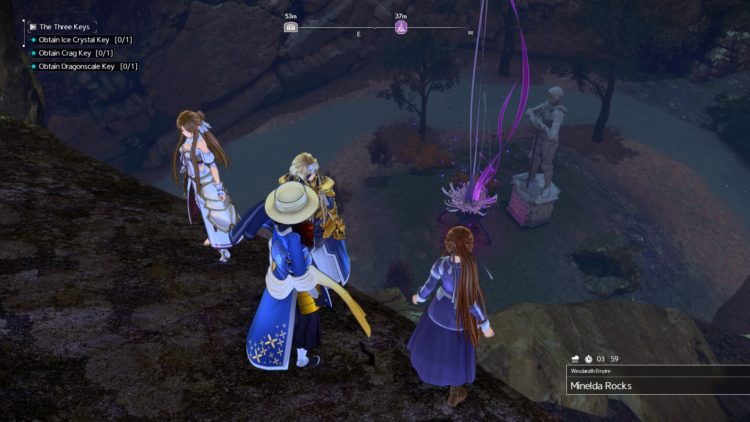 Once you’re done, interact with the warrior statue to obtain the Crag Key. 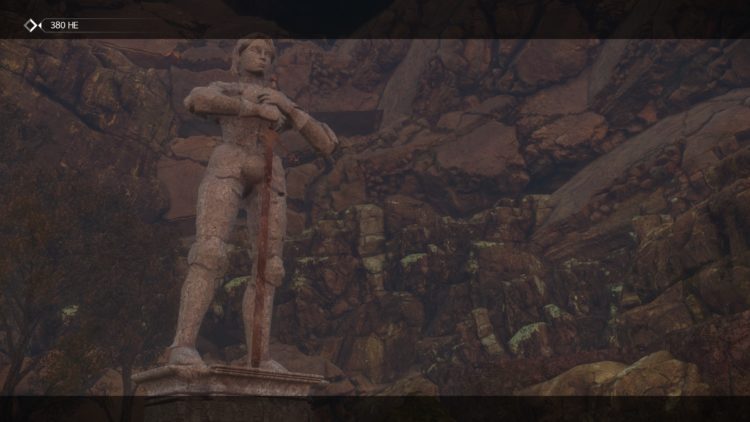 The Dragonscale Key is found in Wesderath Empire – Mildea Plains. 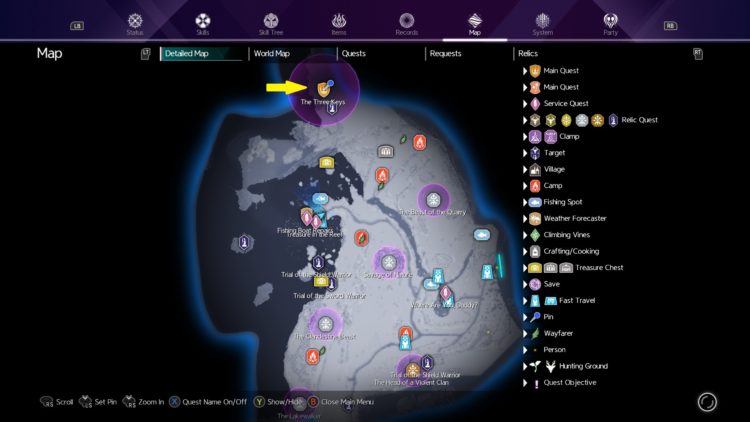 Fast travel to Mildea Lighthouse. You should have this fast travel point unlocked since you went here just a couple of quests earlier in the chapter.

Anyway, look northwards and cross the river to reach the opposite bank. 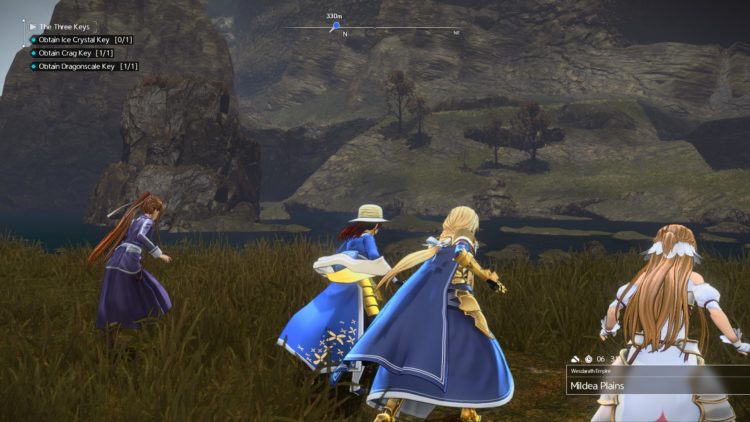 Once you’re at the opposite bank, keep heading north. You’ll even find a statue here that gives you the level 3 “Crystal Bind” Sacred Arts skill. 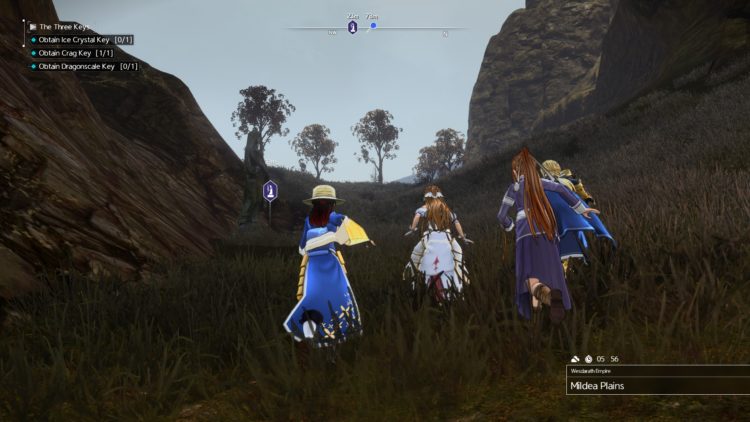 At the end of the path, there’s a warrior statue that gives you the Dragonscale Key. 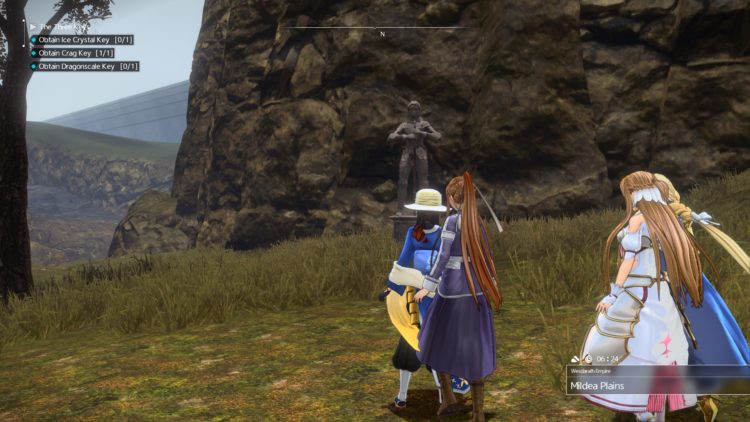 The Ice Crystal Key can be found in Wesderath Empire – Raubal Greenbelt. 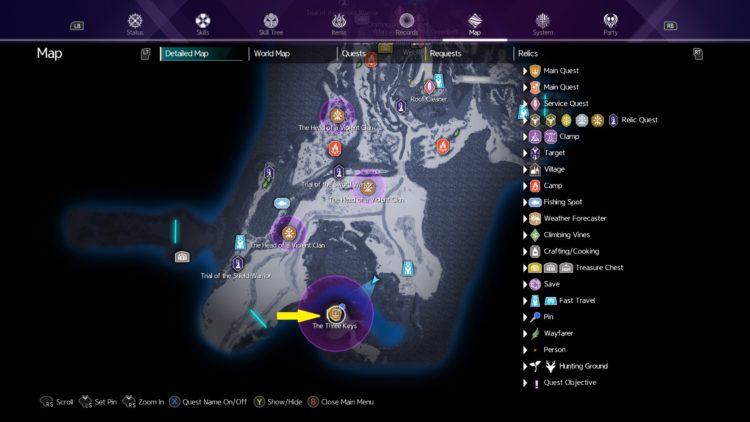 Go ahead and fast travel to Foothill Manor (or any other savepoint that’s close to it). 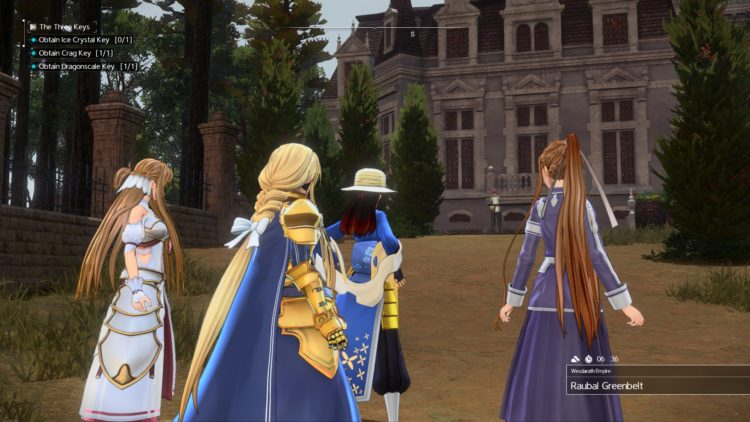 The Ice Crystal Key isn’t actually inside the manor. Instead, you’ll need to traverse the mountain path behind the building. 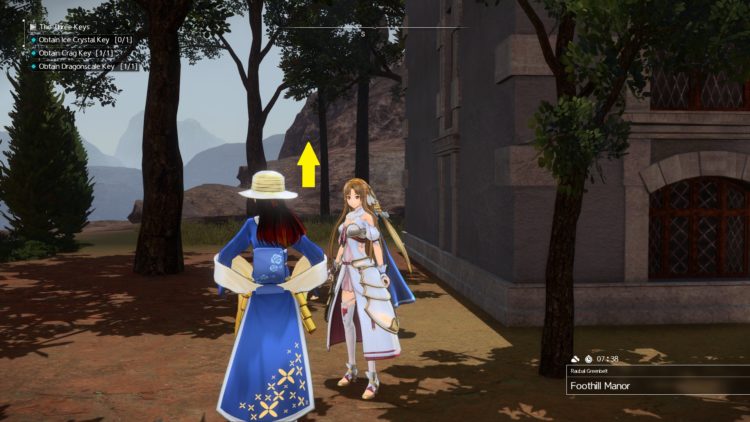 Follow the mountain path as it curves to the southwest and be careful not to fall down. 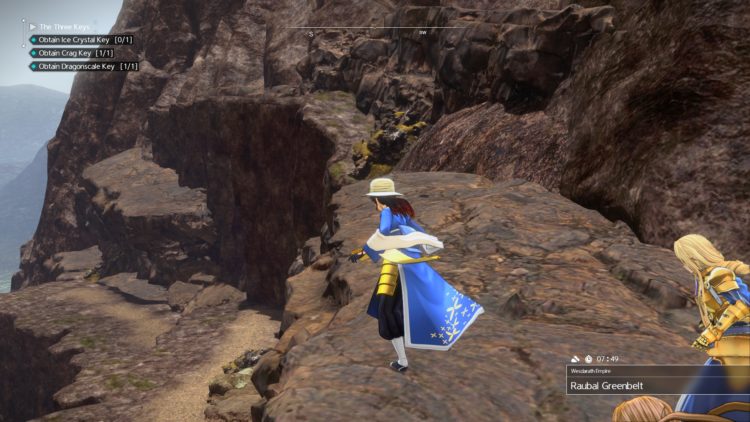 You’ll find the statue with the Ice Crystal Key in a clearing along with a few mobs roaming around. 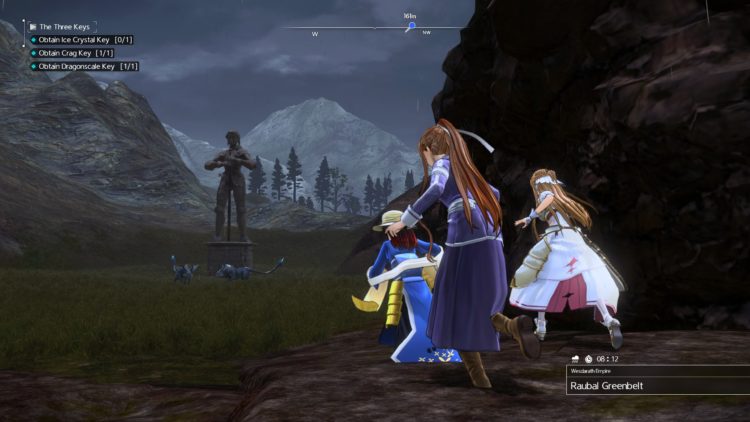 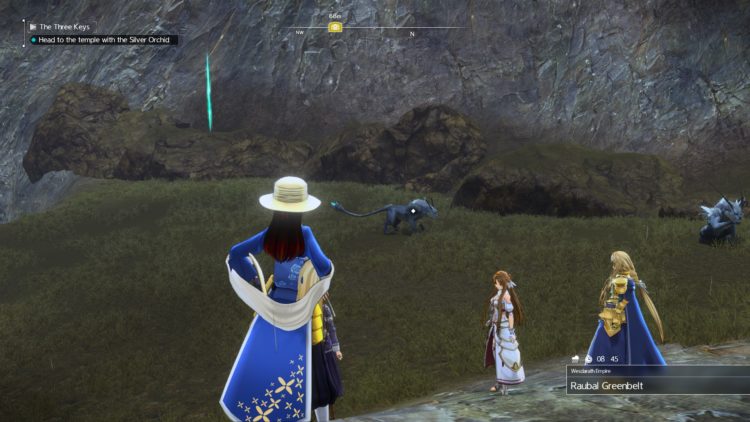 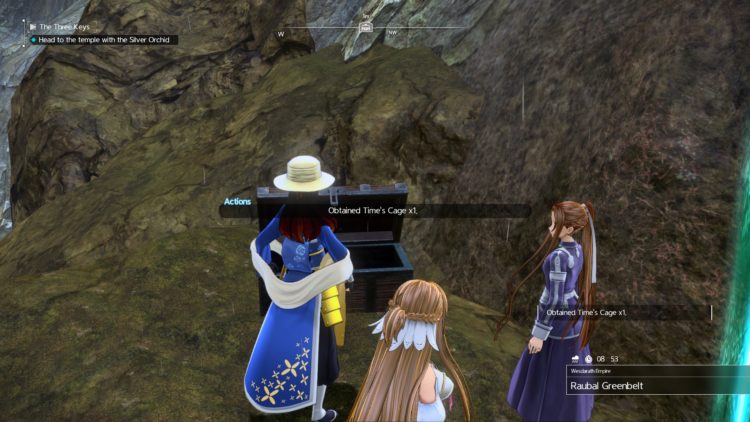 I’ve got the Three Keys to Drugo’s Temple, now what?

Well, just go fast travel back to Drugo’s Temple of course. Be forewarned that a Clamp Cluster (aka. giant clamp/calamity plant/evil flower) is blocking the doorway now. I’d be more excited if it was Khal Drogo guarding Drugo’s Temple, but that’s just me. 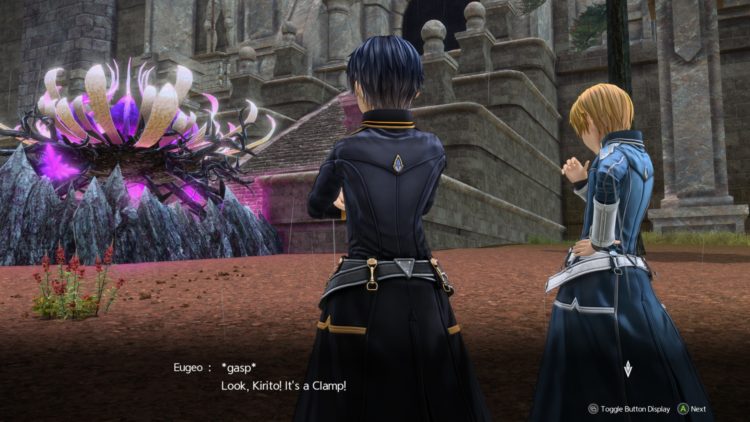 You’ll recall from a previous chapter that Clamp Cluster’s can’t be destroyed until you kill the minor Clamps in the zone, right? Well, it looks like you’ll be doing just that. There are three of these that are found throughout the southern area of Villind Plateaus. 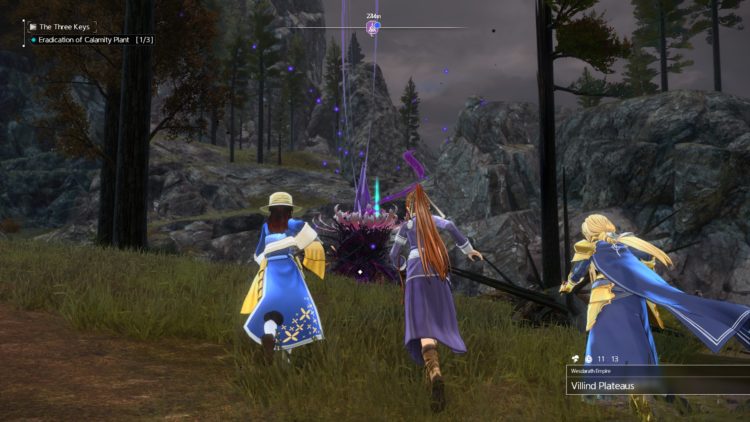 Once you’ve destroyed all three minor Clamps, head back to Drugo’s Temple and annihilate the Clamp Cluster. 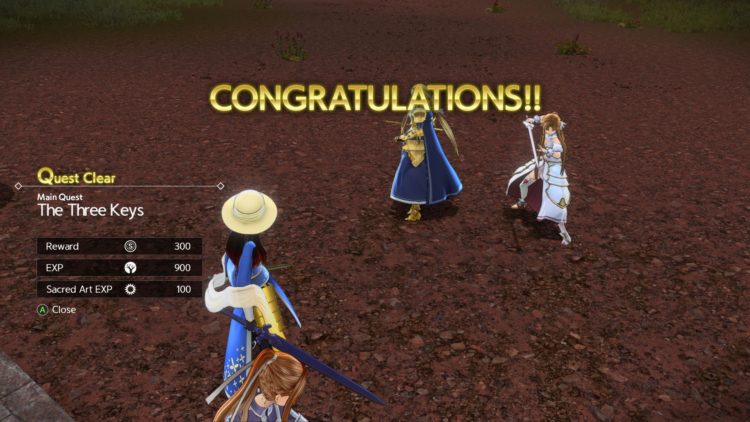 The team will now be able to enter Drugo’s Temple. There’s a short scene where a dragon statue will spawn an artifact for Kirito. It can’t be equipped since it’s just for quest purposes (you’ll see why later). 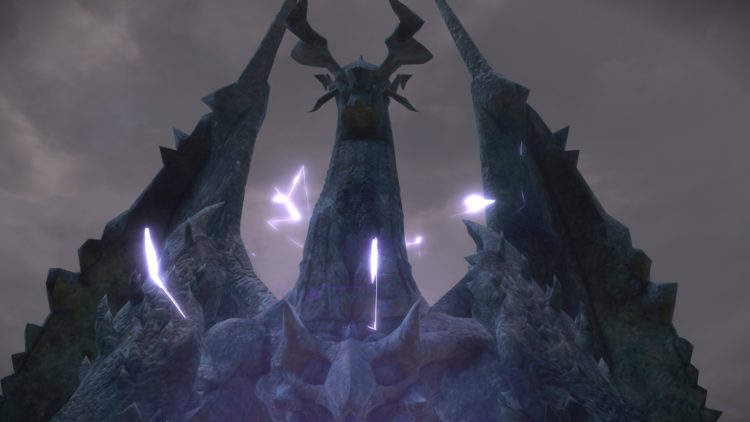 Time to get sidetracked

If you thought you’re heading to the boss immediately, well, guess again. In typical Sword Art Online: Alicization Lycoris fashion, Kirito and co. will get sidetracked and one of the quest steps will even have wonky markers. Don’t worry, friend, I got you.

First off, Bercouli will join your party temporarily. Unlike the other Integrity Knights, Bercouli actually has access to all his sword skills (even the ones that Kirito hasn’t unlocked yet). You can roam around and grind some XP with him in your squad if you want. 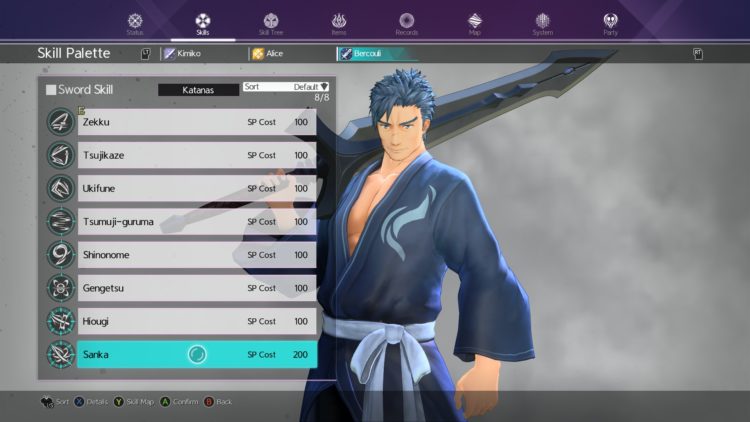 Here’s the thing, though, the main quest will screw up your markers again. For instance, the markers kept telling me to run around the Raubal Greenbelt zone to “chase after a character.” Funnily enough, the actual objective was just to go to the Minelda Rocks zone and head to the fortress. 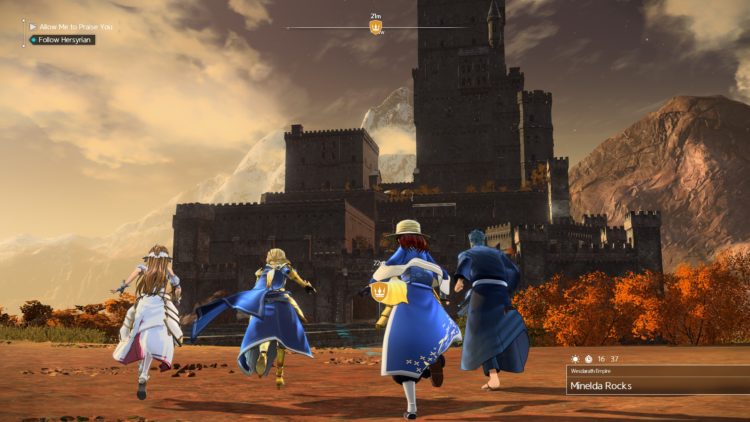 From here, you’ll be treated to a short cutscene involving one of the antagonists in Sword Art Online: Alicization Lycoris.

When this is done, head back to Villind Plateaus and go all the way to the Western Ravine savepoint. There will be another scene here where Kirito finally uses the artifact from Drugo’s Temple to temporarily stop the lightning strikes. You can now enter the next zone to conclude chapter 4 (after a few tough fights). 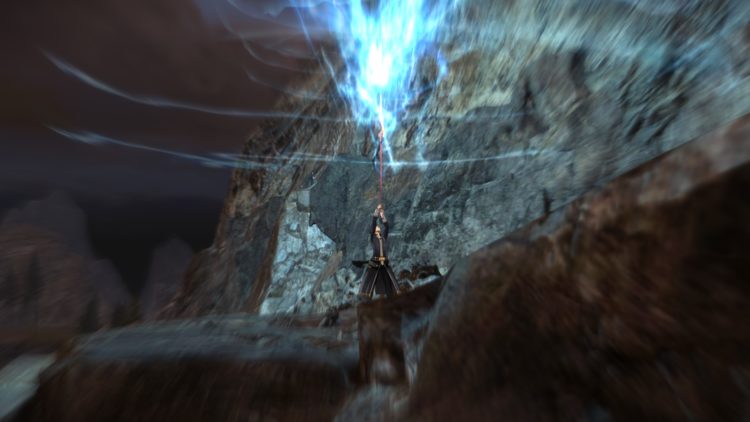