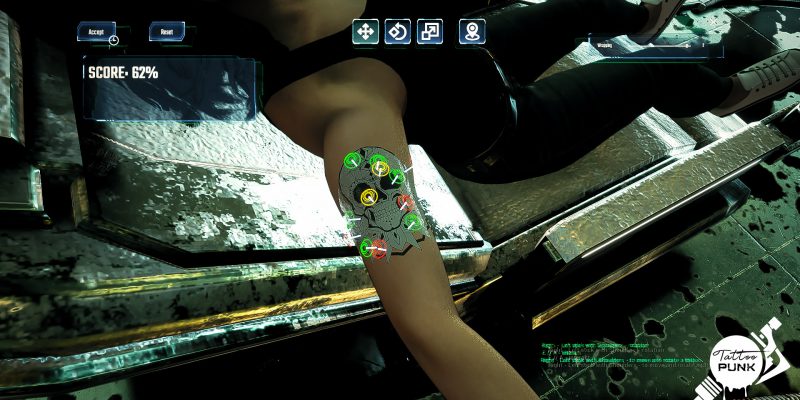 They’re really making cyberpunk-themed everything these days, aren’t they? You ever wanted to be a cyberpunk tattoo artist? What does that have to do with cyberpunk? Hell if I know, but we’re getting it regardless. Tattoo Punk, from developer CYBER RAIN Games and publisher VARSAV Game Studios, has been announced. I can’t draw whatsoever, so I’m curious to see how a game like this would remain fun while working around my artistic inability. I’m sure I can make some really ugly tattoos even when trying my best though. If you don’t got it, you don’t got it.

Tattoo Punk is described as a tattoo parlor management game, but with a story focus, so you’re not going to be doodling on people’s arms mindlessly for hours on end. I’m sure that’s disappointing news to some. Regardless, the game will allow you to design tattoos, decorate your workspace, and socialize. The list of features honestly makes me want to play this the more I read, and I don’t even like tattoos. As this is a cyberpunk game, you’ll be doing body mods, but you’ll also be paying bills and scheduling appointments. I love it when they include real-life stuff like that. Where’s the stupid wishlist button?

Tattoo Punk is set in the year 2100, and it puts players in the shoes of a man named Henry. Naturally it’s a dystopian future, and things are suitably grim and unpleasant for everyone across the board. To make matters worse, Henry’s wife has passed on, leaving him alone to care for their offspring. It’s up to Henry to make it as a successful tattoo artist while trying not to run afoul of the mob. I’m now all-in on this game. It doesn’t have a release date yet, but, trust me, you’ll know more when I do.