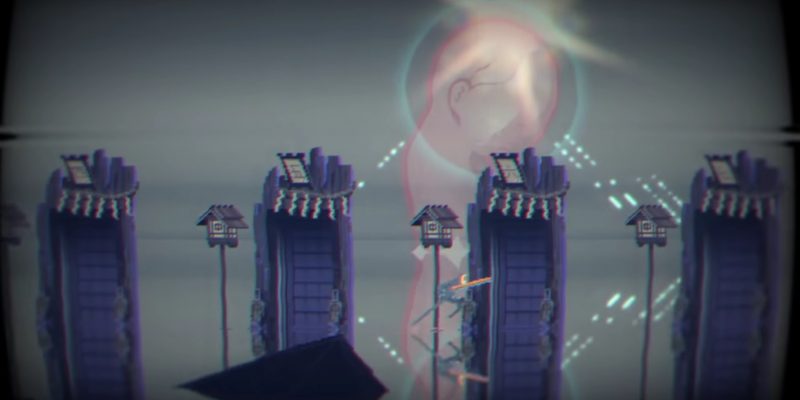 Team 17 is known for publishing some out-there games. From Worms to Moving Out, its releases are almost always fun, whimsical, and goofy. The publisher’s latest title, however, seems to be taking a more serious note. Team 17 announced Narita Boy today, the first title from Studio Koba. While that title may sound fun and innocent, the game itself looks like a dangerous trip through ’80s cyberspace.

Narita Boy tells the story of your average gamer who gets sucked into their super-powered computer. They won’t be seeing any iconic characters in this cyberspace, though. Instead, they traverse the strange, esoteric wastes of the digital world. Inside are countless creatures, with some more alien and monstrous than others. Not every one of these computer-headed creatures is a foe though; there will be plenty of friends to make along the way.

What stands out the most from Narita Boy are its visuals, or at least, what can be seen in this trailer. The cyberworld shown in Narita Boy stands out from anything else with the Team 17 logo on it. The game’s deranged pixel-art style combines the look of retro classics with strange, cultist imagery.

Of course, with computerized monsters and abominations, the Narita Boy needs something to defend himself with. Armed with a techno-sword, players will have options in how they approach their foes. The sword is deadly up close, as all are, but it has a secret. It can be used from a range too, transforming into a shotgun or a laser beam. Using this tool, the Narita Boy must save the cyber world from an enemy called the Stallions, rogue code bent on subjugating the digital world.

So far, Narita Boy doesn’t have a release date. The game is coming out in early 2021, so expect it soon. Players can pick up the game on PC via Steam or Xbox Game Pass.