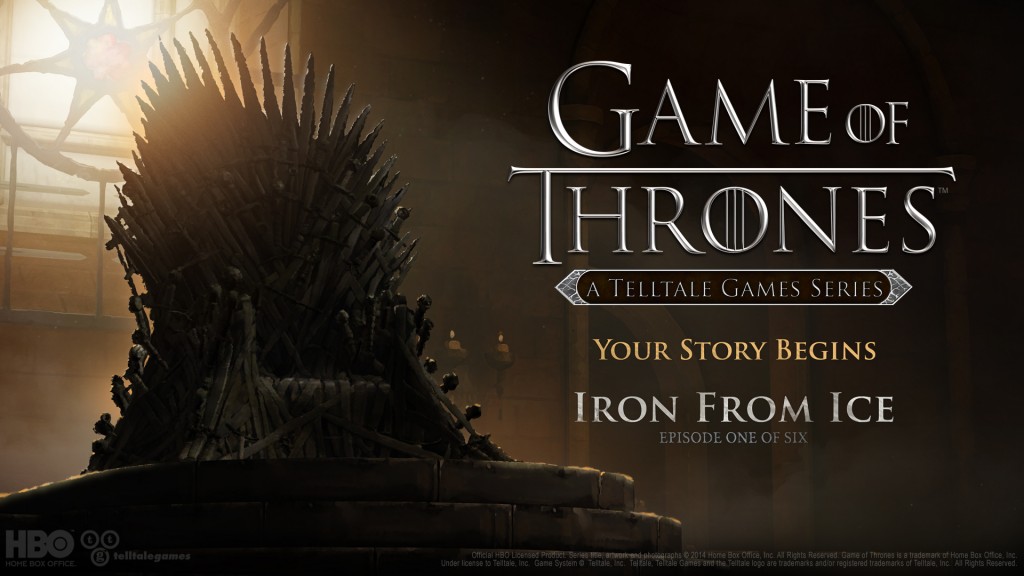 Winter is coming, and so too is Telltale’s Game of Thrones game, if this artwork is anything to go by.

In traditional Telltale fashion, this is just a piece of promo art that doesn’t actually show much. I mean, it’s a very nice picture of the Iron Throne in a rather distinct, painted art style, but beyond that it doesn’t really show much. It does indicate that the first episode is called “Iron From Ice” and that the Game of Thrones series will be six episodes rather than the usual Telltale five, though.

A Tweet issued out at the same time gives us a little more to go on, insofar as it claims the game will be “Premiering soon.”

And another Tweet sent out shortly before that indicates that yes, the game will have the same painted style as in that picture, as if there was any real doubt.

Playing two games today at the office. One looks a lot like my favorite FPS, the other like a living oil painting. Very excited. 😉

Which leaves us with two questions. First: when is this premiere, exactly? The official first day of winter is 21 December, so if they’re going for theme, that might fit as a release date. Second: how much will it cost, and will Telltale get uppity if we try to pay the iron price for the game?