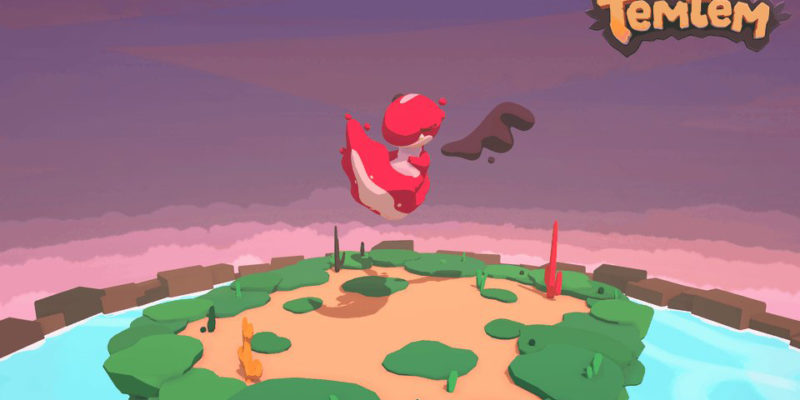 Temtem fans are eagerly awaiting the release of the summer update, which will introduce the new island of Kisiwa and all the goodies that come with new land to explore. Over the last few weeks, Crema has been teasing players by showing off some of the new Temtem, revealing how much new gear is coming, and introducing the Club system. The Kisiwa patch could be out any time this month, but until then, the Temtem Weekly Resets continue to give players something to do in the endgame.

This week is going to be disappointing for many players. There are no improved Luma odds, the two Temtem in the Saipark are mediocre (Adoroboros is at least adorable), and the rewards from the FreeTem! Organisation is nothing to write home to Deniz about. 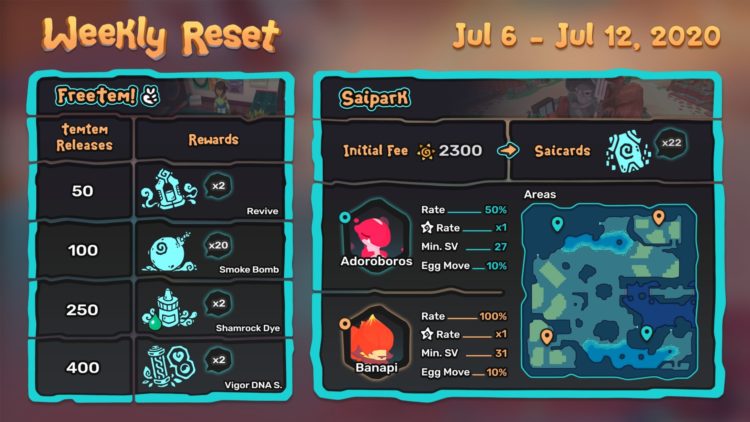 It’s been a while since FreeTem has rewarded players with a cosmetic item. And this week there are no Telomere Hacks. Since Kisiwa is about to be released, the tier one and two rewards, Revive and Smoke Bomb, will be useful to have as you explore. And they’re not too tough to get. So, you might as well catch and release 100 Temtem this week.

If you like collecting Dyes, particularly ones that cannot be acquired anywhere else in the game, the tier three reward is a good one to add to your collection. However, catching and releasing 400 Temtem for two Vigor DNA Strands that you can purchase for 1,000 Pansuns each seems like an unnecessary chore this week.

No increase in the Luma Temtem encounter rate is disappointing for most of the players. However, it’s what we’ve come to expect every second week. So, we hold out for powerful Temtem or hard to get Egg Moves. This Temtem Weekly Reset has neither of those. Both Adoroboros and Banapi have Egg Moves that are easy to breed. And neither of them is particularly powerful.

The main attraction this week must be the ease at which you can encounter Adoroboros and its increased chance to have good SV stats. While the Temtem isn’t particularly strong, it is super cute. Getting Inner Spirit as an Egg Move would be nice because it’s the toughest to breed. However, it’s not useful on the Temtem at all.

My recommendation this week would be to hit up the Saipark for an Adoroboros with solid SV stats – don’t worry about the Egg Moves. If you haven’t got a decent Banapi, you can snag one of those too. Once that’s done, set out to catch and release 250 Temtem for the unique Shamrock Dye. It’s something to do while training your current Temtem and getting them in fighting shape for Kisiwa.