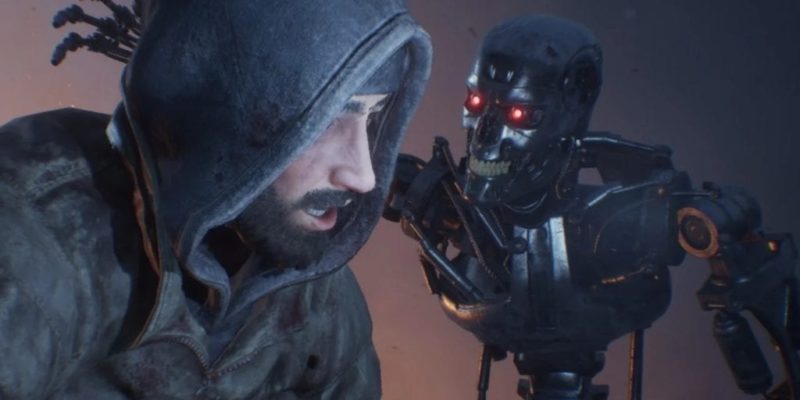 2019 seems to be the year of Terminator. Not content to simply have a new film or appear in three video games (Mortal Kombat 11, Ghost Recon Breakpoint, and Gears 5), Reef Entertainment has announced that it will be publishing a new game based on the popular franchise. Developed by Teyon, Terminator: Resistance is a first-person shooter based on the original two films and will take place 31 years after “Judgment Day.”

The game will be a single-player title that features an original story that explores the “Future War” shown at the beginning of both Terminator and T2. Apart from that information, though, we don’t know much else. The announcement trailer shows something that might be gameplay, or it could possibly be CG rendered. The game will potentially be a squad-based shooter, and it will obviously see players facing off against the iconic machines.

The Terminator franchise is no stranger to video game adaptations. You can find examples of it all the way back on the NES, but one of the most notable has to be Terminator: Future Shock. Developed by Bethesda back before the Elder Scrolls series really hit it big, the shooter was notable for being one of the first fully texture-mapped 3D games on the market. It hasn’t aged particularly well, but that could be said of basically any Terminator game. They all fall short in one way or another, often because of how disconnected they are from the plots of the films. The official connection to the main franchise may help Resistance, but it’s hard to tell right now.

Terminator: Resistance will release for PC (via Steam), PlayStation 4, and Xbox One on Nov 15 for Europe and Australia, while North America will get it on Dec 3. This puts it just a bit after the release of Dark Fate, so it’s likely that scenes from the movie will be referenced throughout this new entry.