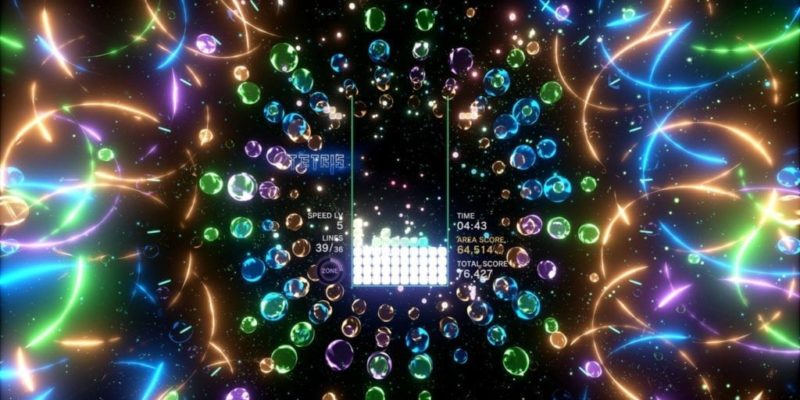 If you’ve been jealous of PS4 players getting their Tetris fix in VR, you can finally let your envy go. Publisher Enhance Games has announced that Tetris Effect will be heading to PC on July 23, 2019, for $39.99. The critically acclaimed puzzler will be exclusive to the Epic Games Store when it launches and will be retaining its VR mode for anyone with compatible headsets.

As the trailer description notes, Tetris Effect will have support for Oculus Rift and HTC Vive headsets. If you happen to not own a VR headset, the game will also be 4K compatible and feature uncapped framerates for a truly PC feel. Ultra-wide monitor support is in and various options to tweak graphical effects are now present (something the PS4 version did not have).

A launch week special will see Tetris Effect at 20% off its normal retail price. Along with the discount, players will receive a free upgrade to the “Digital Deluxe” edition of the game. This bundle will include a seven-song soundtrack sampler featuring music by Hydelic and 10 4K Tetris Effect themed wallpapers.

Tetris Effect is the brainchild of Tetsuya Mizuguchi, creator behind the award-winning Rez and Lumines. It combines the near-perfect gameplay of Tetris with an audio/visual presentation meant to ease your mind. Serenity is the name of the game and everything about Tetris Effect is meant to take you to a different plane of existence. If you haven’t already played this on PS4, you should definitely check it out on PC.

I’m not sure any of the PC upgrades will fundamentally change the experience, but having full support for the wide range of hardware that people have is always a good thing. I’m also curious to see how Tetris Effect would look in ultra-wide, especially since it could end up expanding the game space quite a bit.