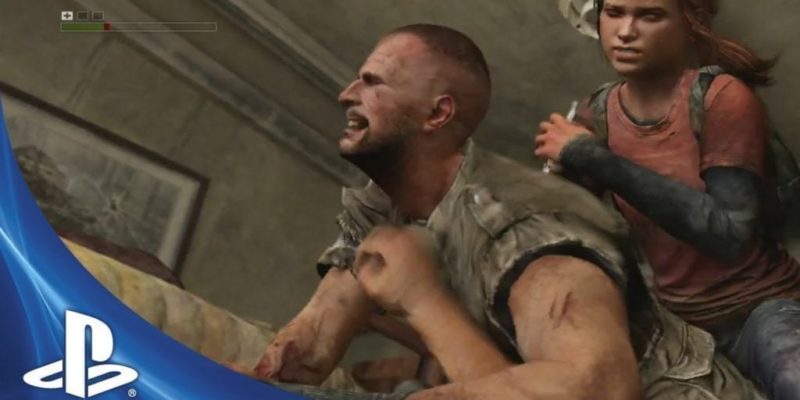 Sure, this year’s E3 was nothing to write home about, but that made the truly innovative items stand out even more. In this case, innovation can mean anything from a game mechanic to a new piece of gadgetry that changes how a game is played. Without further ado, here are the five most innovative things from E3 2012.

There has been some conversation in the gaming press that the problem with the violence in today’s video games is that there seems to be no consequence to the bloodshed shown to the player. Though there is speculation as to whether or not the whole demo was scripted, the A.I. in The Last of Us demo showed some signs of just that thing. Whereas human shields in games such as Dead to Rights or Gears of War served as meat shields from a hail of gunfire, the enemy A.I. showed an emphatic response to having one of their own taken captive by their adversary. He vehemently asked that his comrade be released and wouldn’t fire on you. Then, at the end, right before blasting the enemy that had ambushed you with the shotgun, he lets out a scream of terror right before being executed. It wouldn’t totally stop me from pulling the trigger, but it would leave me thinking about just what it means to kill someone – and that shows a significant amount of growth for the medium.


2)  The Hacking in Watch Dogs

For the most part, open worlds have never really been all that interactive. Though you can usually run around finding unique ways to kill people, drive cars, or exploit some sweet array of powers, the world itself has never really been anything more than a static set piece. There is nothing wrong with this, but Watch Dogs showed us just how incredible a game can look when you allow the player to manipulate the world around you. Seeing the protagonist hack into a stoplight and turn them all green so that he could cause an accident in order to get his hands on a particularly unsavory antagonist was incredible. Already, my mind is running in multiple directions wondering just how far this mechanic can be taken.


3) The Wii U Controller

The announcement of the Wii U last year was mostly a proof of concept trailer that gave us all an idea just what the unique controller may be capable of. This year, however, E3 attendees were able to get their hands on the device and get some answers. Seeing the gyroscopic controls in action was quite cool. In addition, there was some speculation that the tablet itself may have a built-in Wii sensor bar so that you can play Wii games on the tablet when you aren’t on a TV. Looking at another demonstration and baring witness to the tilt controls and the swiping, it looked like an amazing amalgamation of the Vita and what many smart phones are capable of with their smaller games. It would seem that, once again, Nintendo has made the controller the most enticing part of a new console.

Much like the Wii U’s tablet controller, Microsoft is looking to move the gaming experience beyond the console; though they are doing it through devices you already own such as smart phones or tablets. Though it doesn’t appear that this will take the place of the controller in any way (that would put a big dent in their first-party accessory profits), it does seem like an interesting game play additive. It will allow you to browse the recently announced Internet Explorer with ease, get more information about the movie you’re watching, or draw up some plays in Madden or Fifa, all through your phone or tablet. It is interesting that they would allow iPhones and iPads to access the tech as well, but it seems like they are doing it as a sign of good faith towards the consumer.

This is nothing new, but the way in which Sony highlighted the feature during E3 showed that it will actually see a good amount of support for it. Games like Playstation All-Stars Battle Royale would be a perfect fit for cross-platform play given the type of game that it is. It really shows that Sony is intending to meld together the Playstation console and handheld into one entity is more apparent than ever.

What do you think? Were there things that you felt were more innovative? Let us know in the comments below!