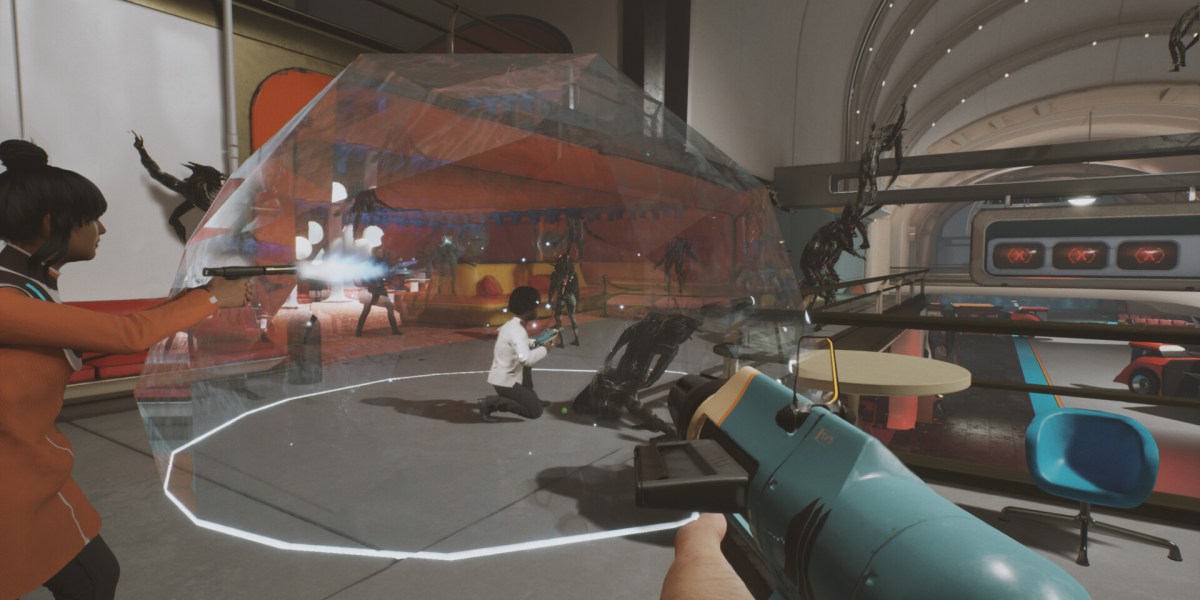 From time to time in The Anacrusis, you’ll be fighting dozens of deadly aliens. While some firearms can get the job done, you’ll probably want to use stuff that can either make things go boom or add a utility effect. Here’s our guide that ranks the best grenades and explosives in The Anacrusis.

The Anacrusis explosives guide – The best grenades to use

The Stasis Grenade is probably the best grenade right now in The Anacrusis. It has a wide area of effect, greatly slowing down most enemies, including Brutes (though it doesn’t work on Spawner Turrets and Eggs). Because of the speed debuff, enemies that enter its AoE can be blasted and mowed down with focused fire (i.e., Arc Rifle or Auto-Turret). 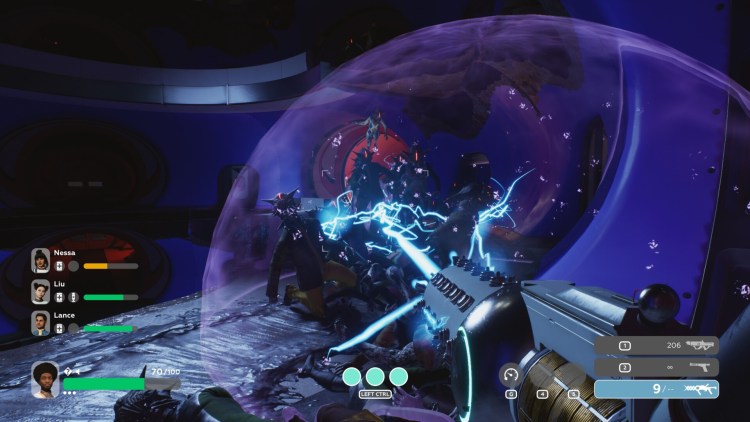 The Vortex Grenade in The Anacrusis is pretty damn good. It ruptures the fabric of space-time, causing those within its radius to get instantly pulled before being tossed away. It’s likely to kill most regular mobs and even some special aliens. 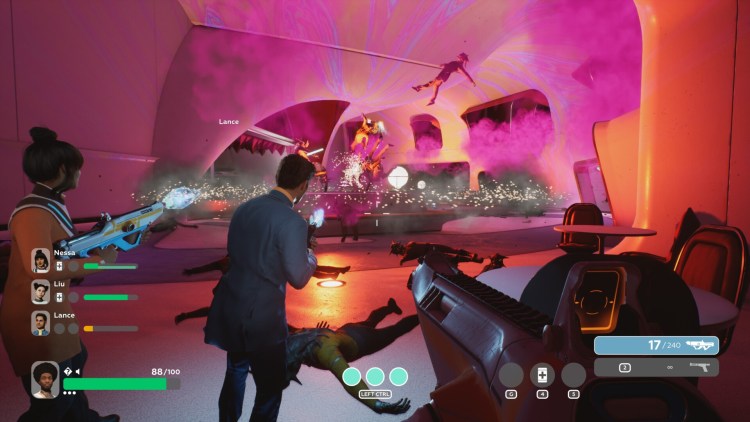 The Shield Grenade gives you a temporary breather thanks to a barrier. You’ll be untouchable against most hostiles barring the Brute’s hellacious smashes. 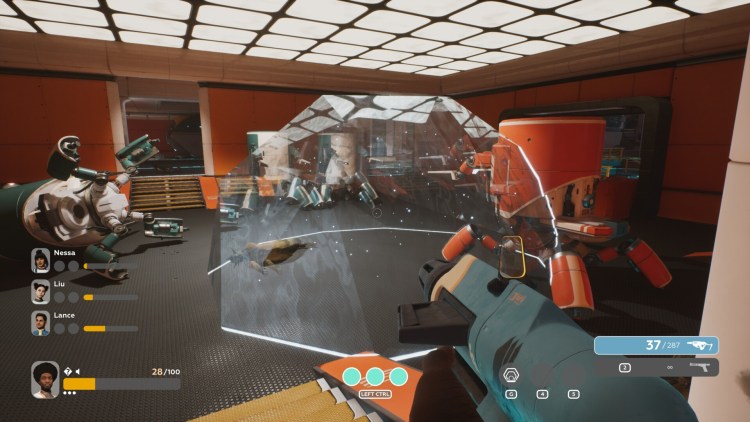 The Goo Grenade is akin to the green sludge belched out by the Gooper alien. However, this one creates pink slime that slows down enemies instead (only Eggs and Spawner Turrets are immune to the slowing effect). It also provides decent utility. If you have a Laser Rifle or Incendiary Grenade, you can burn that slimy patch of ground and melt hostiles with burning flames.

Note: There’s a perk that should protect you from damage if you’re standing in goo. For some reason, standing on pink goo doesn’t trigger its effect. 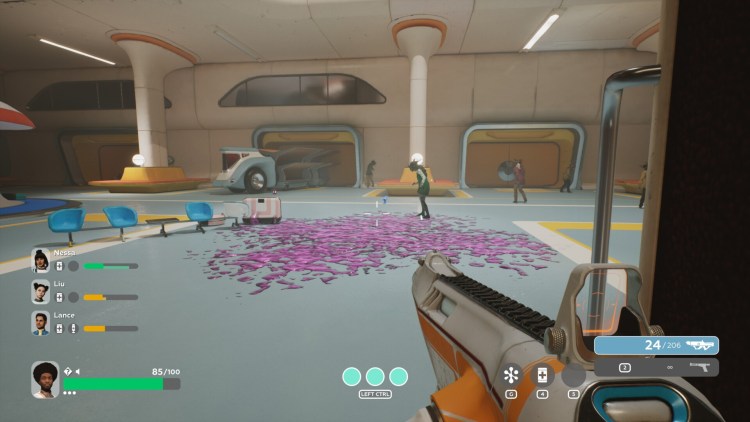 Although the Incendiary Grenade can be used to block chokepoints, its AoE is fairly small. It’s better used in conjunction with the Goo Grenade. 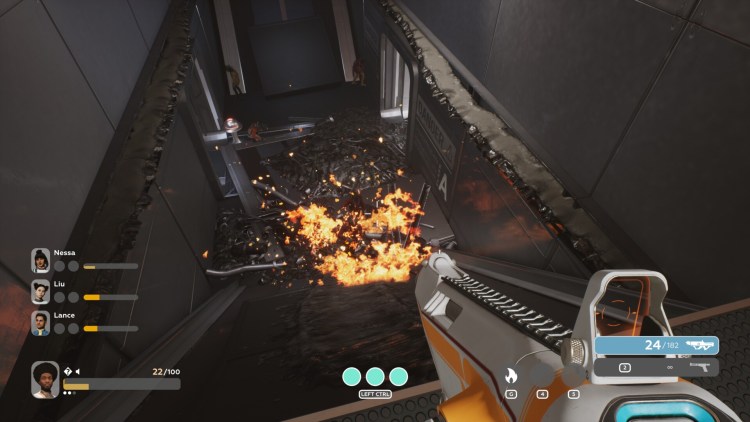 This is your frag grenade, albeit timed. Sadly, it has a small blast radius. 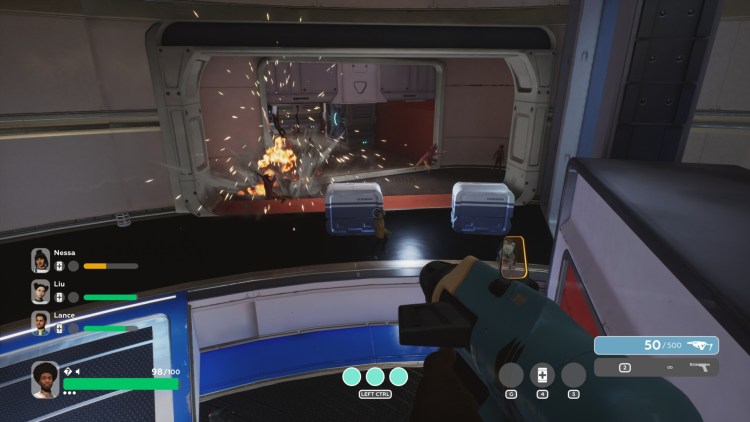 You should find explosive barrels as you make your way through levels. Pick them up, then throw and shoot to make them go boom.

Note: Since we’ve discussed the grenades/explosives in The Anacrusis, be sure to take a look at our weapons guide and perks guide. 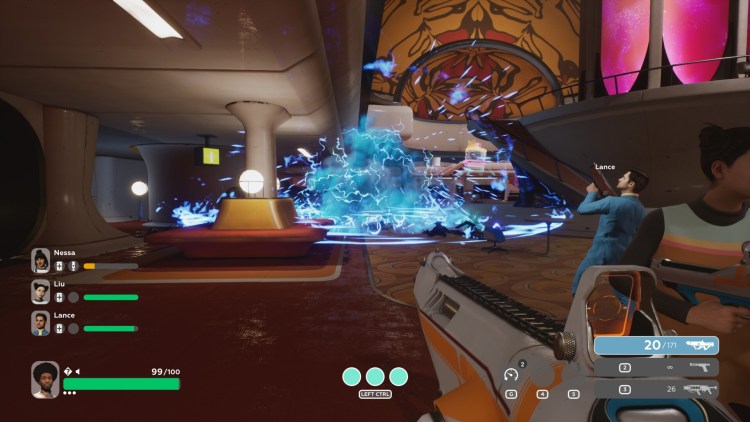