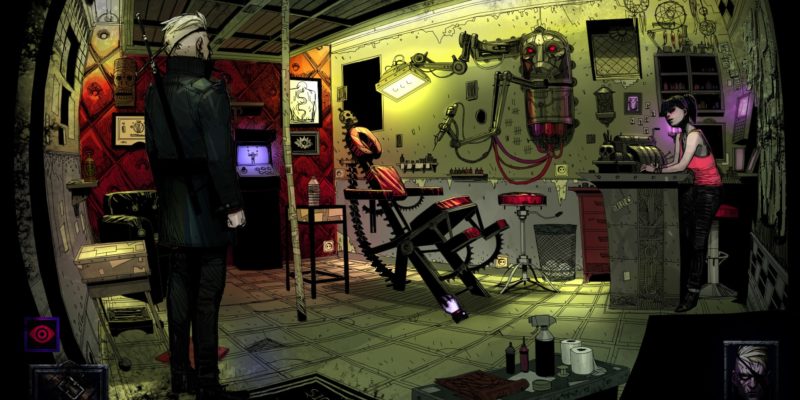 Fresh off of Kickstarter, The Blind Prophet is a dark, mature point-and-click adventure drowning in its gorgeous, unnerving visuals. The game promises a compelling storyline with a “darkly pleasing” ambience serving as its backbone. It will be arriving on Steam on January 10 next year. The Blind Prophet was planned for an initial release during the tail end of 2019, but studio Ars Goetia Games needed another month to ensure a polished product.

Players assume the role of an apostle named Bartholomeus, a denizen of the corrupted city of Rotbork. His mission: liberate the city from the Great Evil that dwells within. With your brain as your greatest weapon, slay demons and avoid traps to work your way deeper into the city. Unsurprisingly, The Blind Prophet takes inspiration from films like Blade Runner for its story and game franchises like Broken Sword for its gameplay.

Fresh blood for an old genre

The Blind Prophet is, at its core, a traditional point-and-click adventure game. Players can interact with Rotbork’s charming, not-so-charming populace, choosing options from a interaction wheel. The bulk of the game consists of puzzles, encouraging players to scour environments for clues to aid in progression. The studio hopes to diversify the experience with extra mini-games that will throw a few new mechanics the players’ way.

What sets The Blind Prophet apart will undoubtedly be its storyline steeped in demon lore and occult imagery. Philosophical exploration, moral ambiguities, ethical decision-making, and more will sit at the heart of the game’s narrative. To keep things from getting too dark, humor will find its way into the interactions between characters as well.

Comic art-style cinematics do a bit of the heavy lifting, but it’s in the environments that players will derive the most pleasure. Artists at Ars Goetia Games drew the entirety of the art in The Blind Prophet by hand — arguably its primary selling point. Players have quite a bit of sightseeing to do in Rotbork if they want to see all 99 panels.

Readers can wishlist The Blind Prophet on Steam today.

Gamedec, a new cyberpunk RPG, is coming in 2020