The Devil in Me, the latest entry in developer Supermassive Games’ The Dark Pictures Anthology series, has received largely mixed reviews on both Steam and Metacritic so far. But of course, this should not deter diehard fans of the series and other curious players from giving it a shot if they want to. Some of these players will probably want to stay as immersed in the horror as possible by playing solo, but others will definitely want to share the experience with friends and have a good few laughs along the way. Fortunately, the game’s multiplayer functionality, which has made itself a staple of the Dark Pictures Anthology series, makes enjoying the game with friends a snap. If you want to know how to play The Devil in Me multiplayer, read on.

Players can enjoy The Devil in Me’s multiplayer by going to the main menu and choosing the “Don’t Play Alone” option. This will prompt the game to provide two key options for players: “Movie Night” and “Shared Story.”

The Devil in Me – How to play multiplayer with friends

Those looking for more of a local multiplayer experience will want to go with “Movie Night.” This feature lets up to five players band together in a single room and participate in the story using only one controller. Each player can be assigned to one of the game’s five central characters, so when a specific character’s scene comes up, the group will be prompted to pass the controller to the corresponding player.

Meanwhile, those who wish to play The Devil in Me with others online can do so through the “Shared Story” multiplayer option. Selecting it will trigger a prompt for a friend invite, so make sure you have someone on your friends list willing to join. Keep in mind that you can only play with one other person in this mode, and an option to matchmake with strangers does not appear to exist. 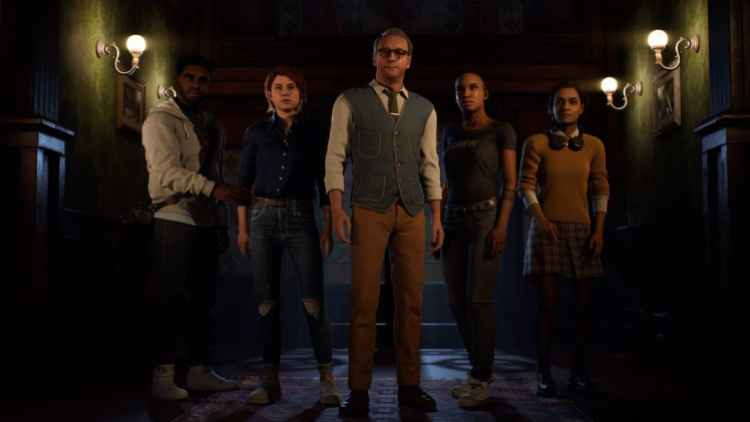 By Daniel Pinheiro3 mins ago
Guides