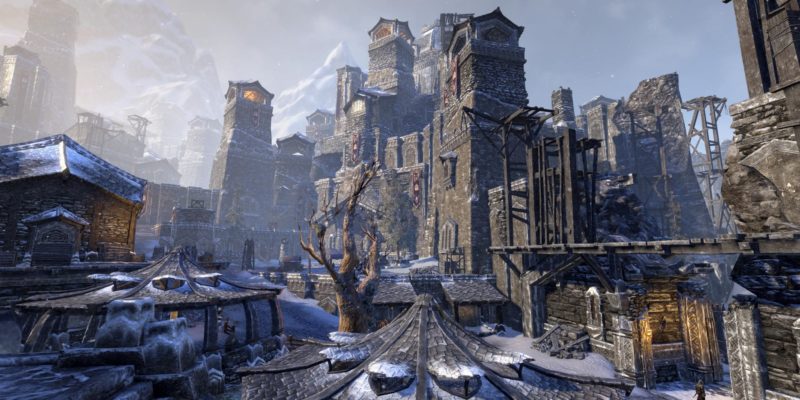 Bethesda have announced that the Orc homeland of Orsinium is now available for exploration in The Elder Scrolls Online: Tamriel Unlimited.

This second piece of DLC for The Elder Scrolls‘ MMO incarnation takes you to the mountains of Wrothgar and into the Orc capital itself, where you can expect PvE content, a solo Maelstrom Arena challenge, a pair of new public dungeons, and the requisite load of new gear, crafting styles, and other bits and pieces. Orsinium is free with an active The Elder Scrolls Online Plus membership, or can be purchased for 3000 Crowns via the Crown Store.

This DLC release comes alongside a patch with a bunch of quality-of-life improvements like controller support, subtitles, improvements to the LFG system, and a load more. As for what’s next? The Thieves’ Guild DLC, it seems.

For full details on what you can find in Orsinium, have a look at the official site. You can see some screenshots below… which include spiders, so I’m not going anywhere near it.