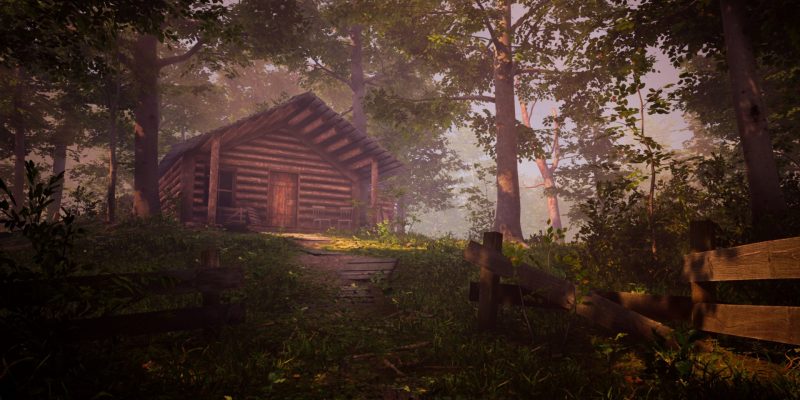 Fans of creepy, story-driven games won’t want to miss The Fabled Woods from Cyberpunch Studios. This eerie narrative adventure takes players into a beautiful forest with terrible secrets. The game goes full Steam ahead on March 25, but eager fans can check out a demo right now.

According to an official press release from publisher Headup, The Fabled Woods has received a major facelift since its initial reveal in June 2020. Nicolas Meyssonnier, the creator behind last year’s 3D Halloween hit Pumpkin Jack, had a hand in developing The Fabled Woods‘ stunning fog and lighting effects. “Delving into this uncommon and graphically stunning first-person adventure feels even more exciting now,” the release stated.

The Fabled Woods begins at an old campsite in a forest shrouded in mystery. As you explore, you’ll discover three narratives that come together in small pieces to reveal what happened in those woods. The game doesn’t feature death or puzzles, just a compelling story. As seen in the trailer, the voice of a enigmatic man named Larry explains that he came to the forest to be closer to his son. Their story will unfold, but Larry warns that you must “pay attention.” Check out the full trailer below.

The Fabled Woods is perfect for fans of Firewatch

The Fabled Woods may just be the best choice for story lovers looking to scratch a Firewatch-sized itch. Campo Santo’s 2016 adventure saw a fire lookout named Henry all alone in the Shoshone National Forest, with only the voice of his boss, Delilah, to keep him company via walkie-talkie. Strange things begin to happen as Henry uncovers the forest’s years-old mystery.

Talks of a Firewatch film have been around since the game’s release. The latest news of a movie deal came in August 2020, though nothing has come of it yet. For now, The Fabled Woods can keep Firewatch fans satisfied with another dangerous forest story.

By Jake Su7 mins ago
Industry