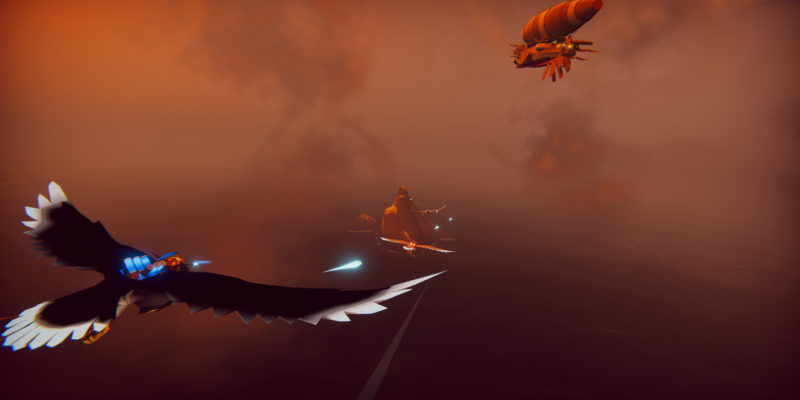 Fighting to the death on the backs of giant animals is truly a fantasy staple. It’s usually dragons, sure, but, in The Falconeer, it’s falcons. The game will release in November, and I got to take a look at what it has to offer. That said, I’m currently not sold on the game and I see a fair amount of issues with it so far. I played through the prologue and the first chapter and, while some of the ideas are really neat, the execution isn’t everything I hoped for.

The Falconeer plays out in an open world. When you start a chapter, you pick a pilot and a falcon. They have different stats and are good at different things. The maps are mostly ocean, but there are many settlements that you can land at. Landing at a settlement will give you the ability to choose a story mission or various side missions. Side missions grant you currency that you can spend at shops for upgrades and whatnot.

The game space is fairly large, and the flying works mostly as you might expect. You can brake in the air and dive, plus you can dash and roll to the side. The dash allows your falcon to press forward for a bit but it takes long enough to recharge that it should be used sparingly. Still, flying around can be rather relaxing and the visuals, while simple, are fairly detailed and atmospheric. 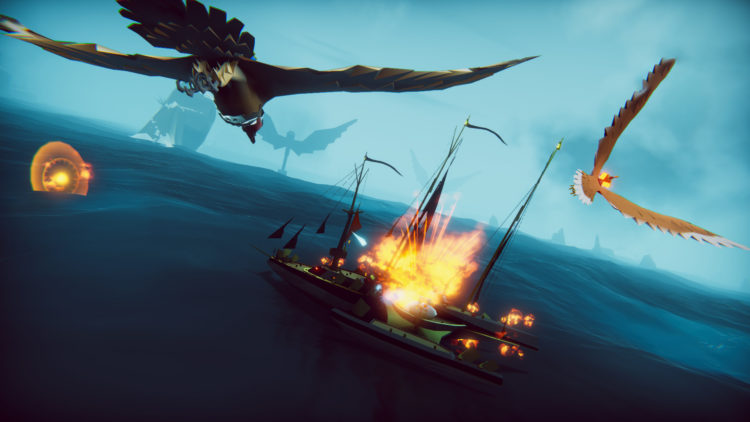 The tutorial itself underwhelmed me. At one point it tasked me with picking up a mine and instructs that you simply need to dive into them to pick them up, but I was unable to make this work the vast majority of the time, as the bird would just keep going without grabbing the mine. I managed to somehow pick one up after repeatedly flying into them while mashing buttons, but the bird immediately let it go. After dropping it, The Falconeer wouldn’t let me pick up another one. I felt that the tutorial did a pretty poor job of explaining things in general. Even with familiarity, though, the combat doesn’t get any better.

The Falconeer plays like a typical dogfighter, except it feels less accurate than most of those tend to. You can mark enemies but I was unable to make my shots actually lock on to them. You can have the camera follow them too, but this won’t even let you aim. Your main attack is to just use the right trigger to shoot at your foes, who generally also ride falcons. But it’s extremely easy to miss. Once an enemy’s health gets low, it stops focusing on attacking you and tries to dodge you, making it tedious and difficult to finish them off.

Most of the time, this resulted in me awkwardly turning my falcon back around as the enemy flew away from me, most of my shots missing along the way. To add insult to injury, the only way to refill your ammo is to find thunderclouds and fly near bursts of lightning or stop what you’re doing, travel to your home base to purchase more, and then fly back. The Falconeer does a poor job of telling you how much ammo you have left and does a poor job of telling you when you’re done refilling either. The back of the bird lights up depending on your ammo level, but I typically found it impossible to see this when in any direct light. All too often I’d blow through all my ammo trying to take down a single enemy, only to have to go and refill, which resulted in me having to return seconds later as I barely got any ammo from doing so. 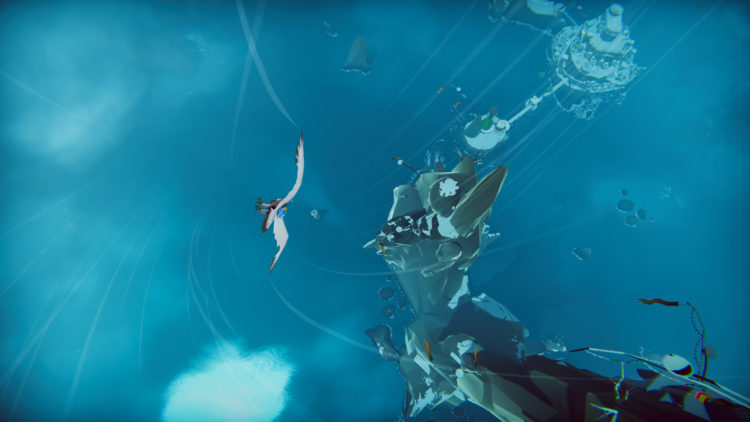 As such, I’m kind of wary of playing the game, as I’m just not enjoying it. I like the idea of The Falconeer, but I really hope the combat will be less cumbersome when the final version releases.

Update: This preview has been altered to add missing information about buying ammo at shops and for mistakenly stating that the game had multiple open maps when it’s one open world. Additional info has also been added about the visual aspect of holding ammunition and how picking up mines is meant to work.