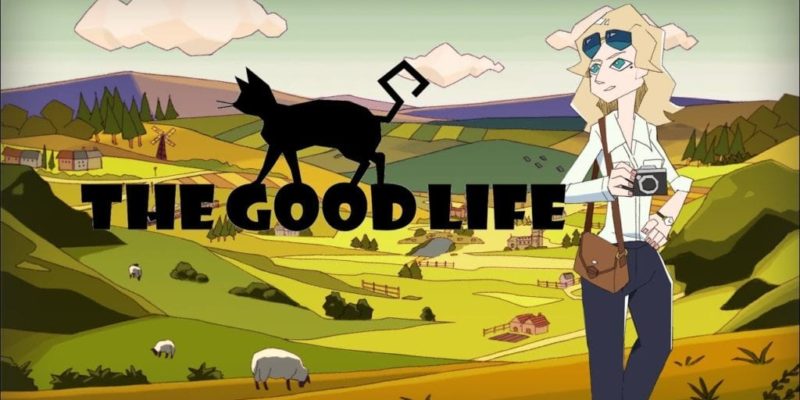 Although we’re still waiting on a PC version of Deadly Premonition 2 (which will hopefully be better than the horrid PC version of the first game, which was never fixed) some comfort is coming in the form of SWERY’s The Good Life, which finally has a release date. The game received funding through Kickstarter, raising over $800,000 USD in the process. The game is a “debt repayment RPG” which is pretty much what the Animal Crossing games are. Trying to muscle in on that territory, eh? We don’t have long to wait until we see how well it achieves that, at least.

The Good Life‘s release date is set for October 15, so it’s a bit more than three weeks away from launch. It’ll be available on Steam, as well as Xbox Game Pass for PC on day one. The game’s development was headed up by Yukio Futatsugi, creator of the Panzer Dragoon series. Futatsugi is an interesting choice for a debt repayment game, but what do I know? The game was initially aiming to launch in Q3 of 2019, but well, you can see how that turned out. Sure, it missed that mark by two years, but it’s almost here.

The Good Life has a release date set for mid-October

The game’s story focuses on a woman named Naomi She’s a newspaper reporter from New York who is, for some reason, asked to take a reporting job in the town of Rainy Woods. Deadly Premonition fans will recognize that as that game’s original title and setting, so as a rather large fan of that game, I’m pretty pumped for this. As it’s still a SWERY game, yes, there’s a murder mystery. Because what debt-repayment RPG would be complete without a grisly murder? I’m still trying to solve the mystery of who murdered Tom Nook in the latest Animal Crossing game, but then I remembered it was me. I don’t pay, Nook! You pay! You can check out the release date trailer for The Good Life below.

By A.K Rahming60 mins ago
News