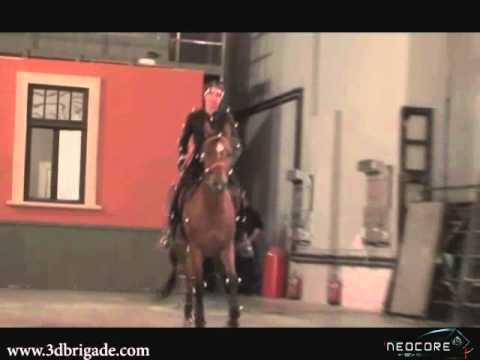 Viktor: The new classes are basically different incarnations of our beloved Van Helsing. When we say “new classes”, we are talking about alternative versions of the core class. Specialists, if you like. So they both are still the same Van Helsing, only with a very different skill set, weaponry, equipment and so on, but choosing a new class won’t affect Van Helsing: neither his attitude nor his relationship with Lady Katarina is different. With the introduction of the new classes we will bring you some new maps and new quests, but the core campaign and the banters remain the same.

I say lovely Lady Katarina, would you mind blasting that enemy for loot for me?

IG: Is the Blue Blood DLC still in from the previous Van Helsing?

Orsolya: Yes, of course! If you have the Blue Blood DLC for the first game, you’ll have access to it in the sequel too. And our precious Lady Katarina will have an expanded skill tree just like Van Helsing, so get ready to rumble.

IG: Any new other major changes to Lady Katarina you could share?

Orsolya: We plan to broaden Katarina’s roles but these are still under development so we can’t say anything about it yet. As an independent developer we have the freedom to make all our wild ideas and then trash most of them – but the best ones make it in.

IG: You mentioned in our previous interview that other classes didn’t quite fit into Van Helsing game’s concept. With the game’s success, the demand from fans for more was pretty high. Could you share some info on how the new two class concepts have been created so far? What inspired the team?

Viktor: Yes, we built the first game around one particular aspect of the monster-hunting business, but we toyed with the idea of the different approaches. What if Van Helsing were an occult hunter, using magic instead of weapons? Or what if our hunter could use the same weird steampunkish technology that he was supposed to fight? Now we can show you the ideas we came up with.

IG: Will they be voiced differently compared to the original Van Helsing?

Viktor: Van Helsing as a Thaumaturge or an Arcane Mechanic is still the same person we all know well, so the answer is no. It’d be fun to create different personalities for the new classes, but there are some limits to being an indie developer, unfortunately.

IG: I like the sound of the Arcane Mechanic, does he use summons or pets? Could you share some info about this class?

Orsolya: The Arcane Mechanic is basically a middle-range specialist class, he uses a lot of mechanical gadgets and summons creatures to aid him in battle. We are planning to add the Arcane Mechanic class to the first game too as a DLC, so keep your eyes open as then we’ll reveal a lot more about what this class will be able to do.

IG: Awesome, I noticed the new Thaumaturge class can draw custom shapes with one of his spells, what can you tell us about this class?

Orsolya: The Thaumaturge can raise custom-shaped walls of fire for offensive and defensive purposes as well. My first attempt was to draw a heart…of course.. The class is mainly focused on dealing ranged damage with spells that have an area of effect such as ice bolts, lightning blasts, shadow orbs and fiery meteors. Additionally, the Thaumaturge has strong crowd control spells, like confusion and fear. He can also have multiple allies in battle, let them be self-summoned mirror images or mind-controlled enemies.

IG: With the new class concepts and ideas not included from the previous series, have there been changes to the skill tree and skill mechanics?

Orsolya: There will be changes, yes. The skill trees will go much deeper with lots of new skills, and the Trick-Aura system gets a large overhaul. Learning these from masters for gold was not exactly popular so we decided to change it and similarly to the skills, add level requirements. On the other hand, we’ll have more of them now including destructive tricks too along with the usual supportive tricks. Based on community feedback, we also decided to add more skill slots to the UI, so players can use two main skills with the mouse buttons and four extra tricks or skills as opposed to the first game’s limit of two tricks only. This 2+4 skill/trick system has done so well during the testing that we decided to add it to the first game too and with a recent game update we already made this change available to everyone.

Viktor: I’d say Earthquake. Looks stunning and it is highly effective, like a special effect in a blockbuster movie.

Orsolya: The Firewall, obviously. I tried to write my name with it but I just don’t have enough Mana to do that yet. Need to improve my Willpower or get some better gear, so it seems. Or if nothing else, I’ll use a console command, but I’m not giving up on this.

IG: Haha I tried that as well. Lastly, how does importing work for the sequel, will I keep my gear and stats?

Orsolya: Oh yes, and all your shiny gold too 😉 Also, if you have the class DLCs and have a Thaumaturge or Arcane Mechanic you finished the first game with, you can keep playing that character in the sequel. If you don’t have the DLCs for the first game, then you can only import your Hunter, but you can start a new, level 30 Thaumaturge or Arcane Mechanic in the sequel. You can decide to choose from a pre-set 30 level character or spend skill points and ability points manually.

In closing, Orsolya and Viktor, thank you very much for the detailed answers as always. So folks, that’s a tide of info to keep you going until The Incredible Adventures of Van Helsing II releases early next year. You can let us know if there’s anything else you think should be included in the sequel in the comments, below.

Can you write your name or even full name with the Firewall skill from the Thaumaturge DLC without using the console for lots of mana? Send us in a screenshot/video as proof or it didn’t happen (no, two letter initals don’t count.) Stay tuned for our next Q&A with Neocore Games where we’ll be finding out about the Van Helsing spin-off game, Deathtrap that features… well, lots of death and traps!

Thanks to Neocore and watch out for more on The Incredible Adventures of Van Helsing II here on IncGamers in the future.