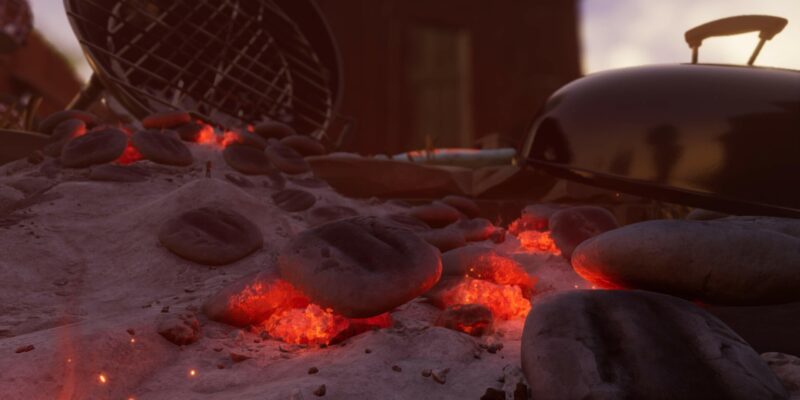 It’s been a while since we last caught wind of what Obsidian Entertainment was doing with its survival game, Grounded. Well, as of yesterday, the team launched an all-new, massive update for the game. It brings 11 new bugs, more biomes to explore, quality of life updates, and a lot more. The Into the Wood update is out now in Grounded, with plenty of bugs and bug fixes.

Into the Wood contains new areas to peruse. The BBQ Spill, seen in the image above, looks to be situated near the shed. Hot coals are spilled over a wasteland of gray ash, and there is treasure hidden throughout. Just don’t get burned. The shed area itself has also been updated. Obsidian writes there there are new creatures roaming about. However, it’s the Wood Pile that should interest most seasoned players. It hides a Termite Dungeon, which you can explore for materials. According to the team, the termites are not friendly, so get ready for a fight.

The update also introduces 11 new bugs to squash. We know of ten, and Obsidian teases that one is a “royal surprise,” the Termite King. Other than termites, the Into the Wood update brings the ladybird, Black Ox Beetle, Scarab and a — shudder — Infected Wolf Spider. Clearly, the developer finds all this spider business too damn funny. I already said my piece when the team brought out the Koi Pond update. But this spider obsession is too much, Obsidian. 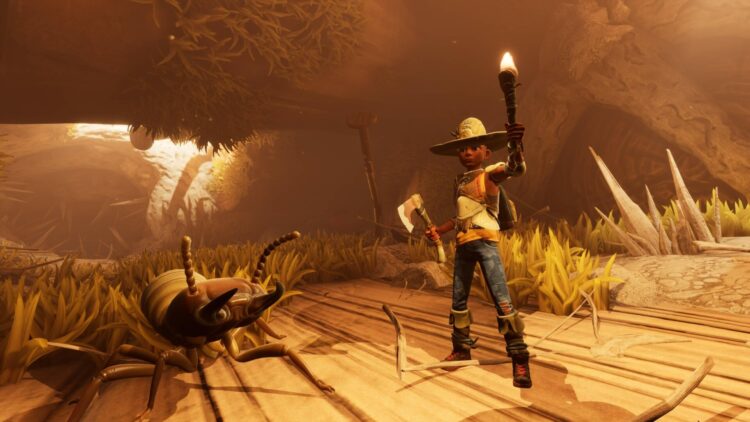 Squashing bugs so you can squash bugs

Grounded is seeing some other changes with the Into the Wood update. A quality of life improvement that players have been asking for is, apparently, a way to quickly store certain items. The ‘Hot Deposit’ allows you to hold a button and store “any items in your inventory that match any items already in the storage container.” There’s also a new ‘Craft Many’ option that lets you create five of the same item at once.

There are a lot more changes and fixes coming with this massive update. You won’t lose equipped ammo if you die with a bow equipped. Resting is also easier, as you can now do it at any time of the day. Weapons now deal incremental damage with combos, and the final hit dishes out the most damage. The update also comes with a ton of bug fixes, so be sure to check out the patch notes for more.