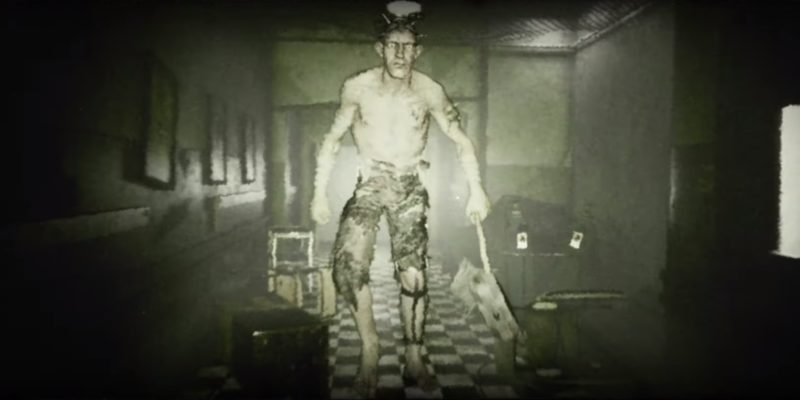 While The Outlast Trials was previously only whispered about, we’ve now got our first look at it through some freaky footage which you can see below.

The Outlast Trials is a spin-off to the smash horror series. Rather than putting you alone in a world full of lunatics who are actively hunting you, you’ll be cooperating with up to three other players. That said, multiplayer isn’t required. Red Barrels previously stated that there’ll be a single-player route available.

The Outlast Trials also won’t be continuing the story of Outlast in the traditional sense, as this is a prequel set in the Cold War era. I strongly suspect we’ll be dealing with the sinister Murkoff Corporation again, but even if not, I’m sure we’ll be getting some story beats that further flesh out the world.

This teaser looks exceptionally like Outlast, though. While we don’t have hand cameras to provide the trademark luminescent green night-vision, it looks like our protagonists will have night-vision goggles drilled into their skulls. So, that’s pretty in-keeping with the series’ love of body horror and gruesome experiments.

We’ve also got lumbering maniacs with large weapons, bloody and gruesome deaths, and grimy disused corridors. I frankly haven’t got a clue what, exactly, is being “trialled” here, but considering the Cold War era it’s probably going to be along the lines of super soldier experiments, psychological warfare, or… well, frankly, take your pick. There are enough insane and horribly unethical experiments from that era in the real world, so I don’t think much would feel too outlandish here.

It’s always knife to hang out with your friends in a game.

You’ve got time to prepare, at least. The Outlast Trials won’t be asking you to put on your brown pants until 2021. (And no, it’s still not a VR game.)