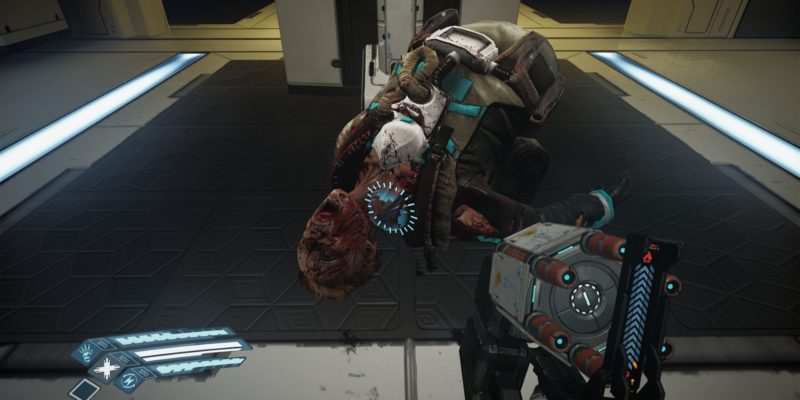 Despite how popular the survival horror genre is, it’s surprisingly uncommon to see games in the subgenre show up in rogue-lite form. Honestly, I’m not particularly fond of either. This is why it’s so surprising that I find The Persistence as consistently invigorating as I do. The game is coming out on PC next month and fans of either aforementioned subgenre will likely find a lot to enjoy about it.

Still VR, but not only VR

The Persistence first launched for the PlayStation 4 in 2018. However, it was only compatible with a VR headset and motion controls. Since then, developer Firesprite has been working on the non-VR version of the game, which naturally includes mouse and keyboard support on PC. That being said, the game still comes with the option to play in VR, but anyone can hop in now.

The game tells the story of the titular spaceship being overrun with clones. But the machine that printed these clones had something go wrong and they’re more like dangerous mutants than the humans they were meant to be. Nearly everyone on the ship was killed. However, your character has been printed back into a clone of her old body, and is sent out on a mission to fix the ship up so that she and the woman who brought her back from the dead can get the hell out of Space Dodge. 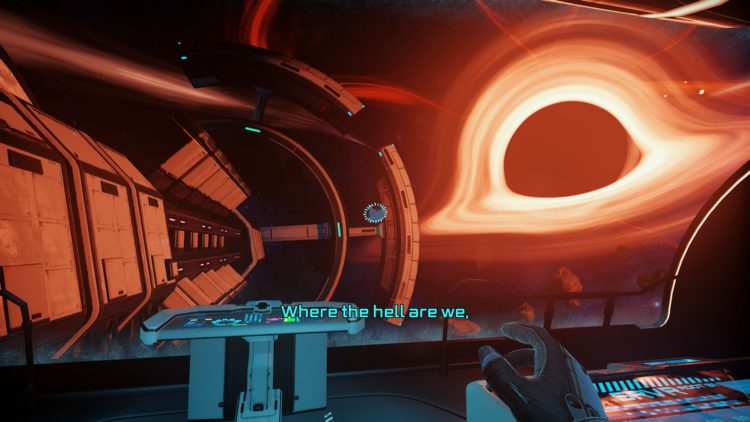 The Persistence isn’t quite a rogue-lite, but it does use some attributes of the genre. The main element of this is that every time you die, the ship rearranges itself and you lose whatever you had in your inventory at the time. But you do get to hold onto both types of currency you picked up along the way. These are credits that allow you to fabricate equipment at certain terminals and stem cells. Both of these are often found littered throughout the ship.

You only get to have a single piece of equipment on you when you begin a run, and that’s your harvester. It has a dual function as a crummy, infinitely usable melee weapon, or as a way to directly harvest a large number of stem cells from enemies you sneak up behind. Weaker enemies can be killed outright by harvesting their stem cells in this manner, but most of your foes will just turn around and try to rip your head off, so there’s a certain amount of risk involved.

Keeping the fab credits and stem cells that you collect means you’ll always be able to make a certain amount of progress. Even if you didn’t accomplish anything major. Stem cells are used to print fresh bodies (although the starter one is free) and to make permanent upgrades to your equipment, such as adding lifesteal to your melee attacks or by making your forcefield more potent. 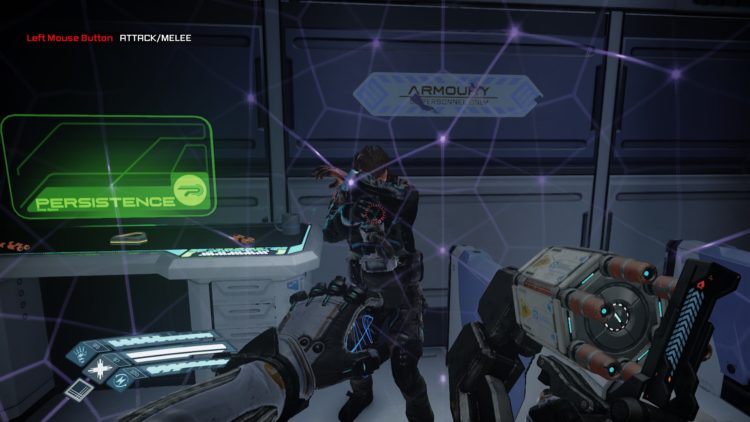 The Persistence likes to reward you for countering, too. Guarding while an enemy strikes allows you to stagger them. Time it right, and it’ll turn them around and leave them open to a mid-battle harvest. The combat is responsive and suitably hectic, but it’s made easier depending on what weapons and items you have equipped. There are guns, melee weapons, grenades, and general use items that you can pull out to give yourself a fighting chance. Melee weapons break fairly quickly, though, and you get a minimal stock of supplies per purchase.

For instance, buying The Persistence‘s default pistol, the Sentinel, will only give you six shots. If you want more, you’ll need to spend the same amount of credits as it cost to fabricate the initial gun and its ammo. To make things trickier, once you fabricate equipment, that machine goes on cooldown and you’ll have to wait a couple of minutes before using it again. Sometimes waiting to get a second round of ammo is worth it, as fabricating the game’s stronger weapons only grants you three shots and the stronger enemies can sometimes take all three.

The enemies can be fairly tricky and are often well worth sneaking past. If one is alerted to you, the noise they make can bring others running, so it pays to be careful. Obnoxiously, certain enemies will kill you in one hit, even at full health, so you’ll want to stay as far from them as possible. Thankfully, you can use dark matter powers to scan your surroundings for foes and warp through objects to make a quick escape. 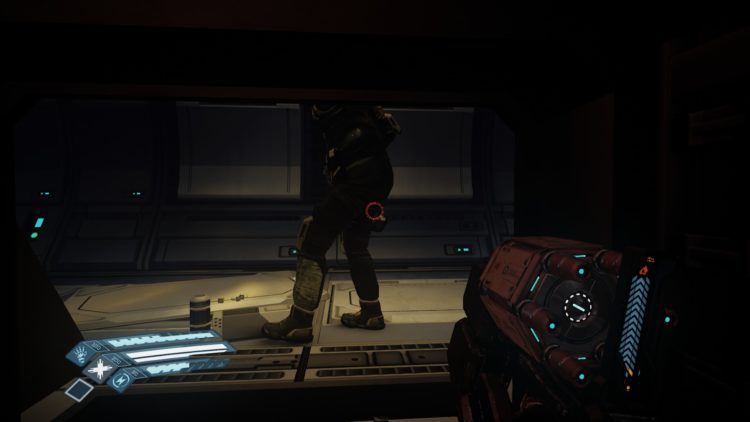 No running in the halls

One of my biggest problems with The Persistence is that you simply can’t run. Your default movement speed is a fairly slow walk. On top of that, even though your character can hold as many items as you want, she’s incapable of carrying medkits. If you want to heal, you have to track these down and use them on the spot. These two choices seem illogical to me, and damage my suspension of disbelief.

They stick out even more simply because of how absolutely good everything else is. The clean, samey halls of The Persistence may not look like much, but this game gets tense. And that goes double for when you’re trying to complete an objective with a bunch of enemies bearing down on you. The first objective is to restart a computer system and I felt like my heart was going to leap out of my chest at any moment. The game makes excellent use of its setting, foes, and narrative.

Speaking of the narrative. Remember how I said you’re in a clone body? Well, you’ll occasionally stumble upon corpses of the ship’s other crew members. And guess what? You can harvest their DNA and spawn with your consciousness in their body as well. It’s as clever as it is awesome. Each clone body has special characteristics, like how the default one gets a 25% discount off of fabricating items and the second grants you 50% stem cells from harvesting. 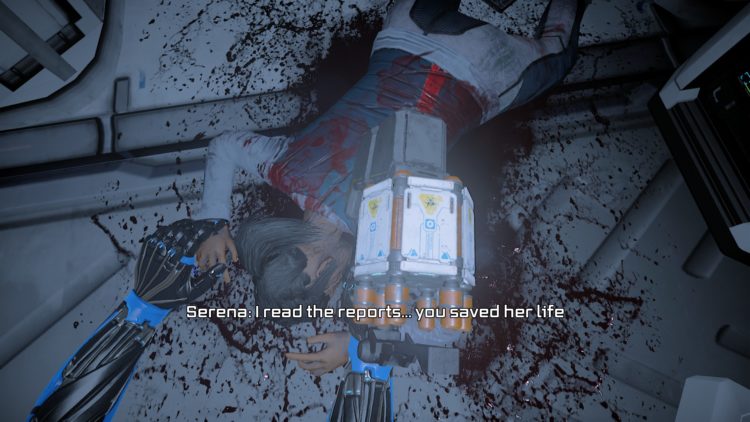 It won’t be long now

The Persistence is set to launch on PC in May and it’s an absolute blast to play. Between sneaking around, trying out weapons, and cursing the heavens when you get one-shot by a powerful foe, the game is going to be worth a look for people who like their scares with a side of replayability. Check back next month for our full review. And be careful. The floors are sometimes electrified. 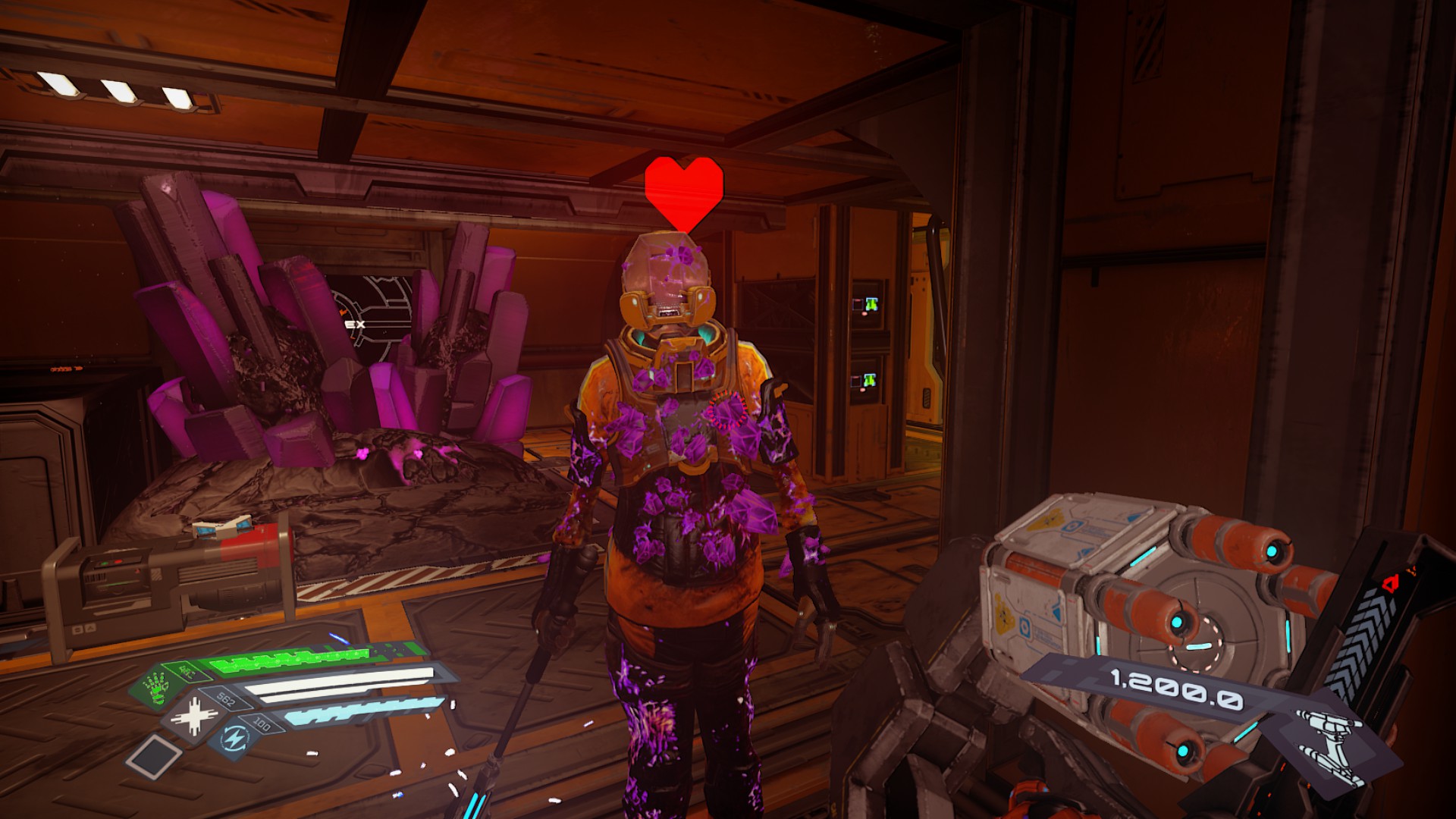 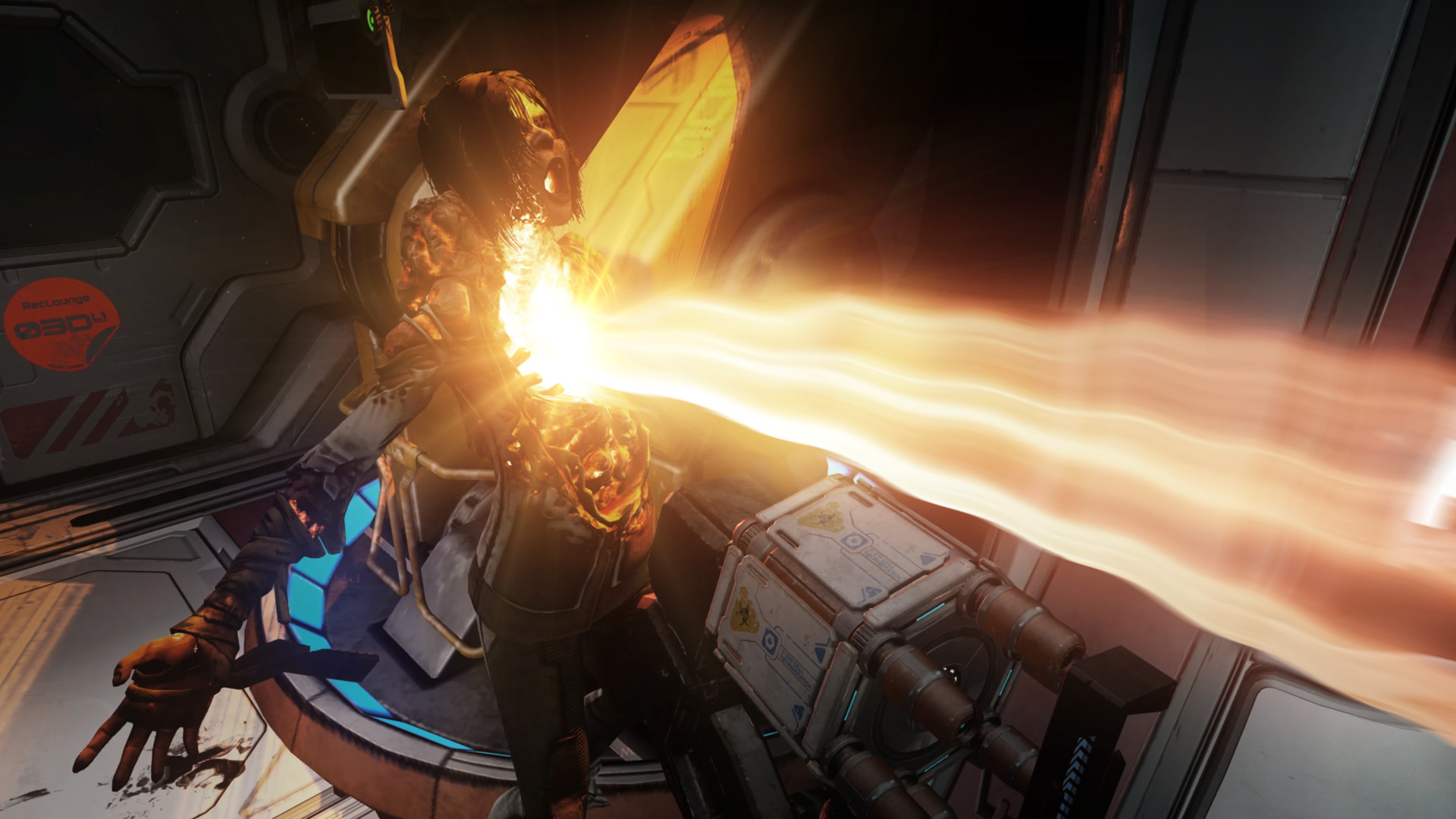