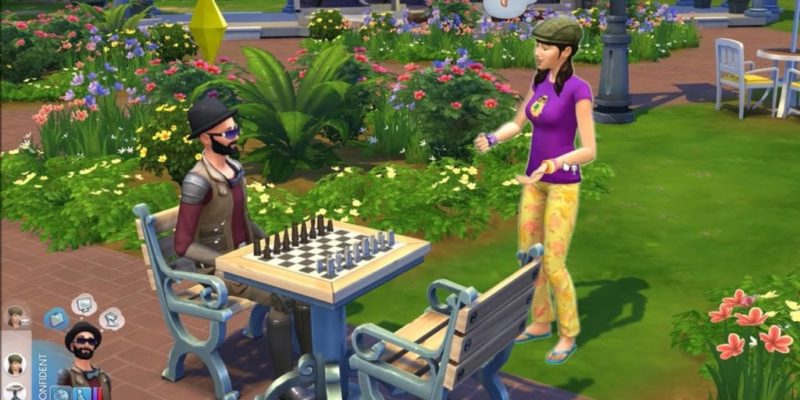 She’s excited … or … enraged? Maybe both.

The Sims 4 is having a weird PR ride to launch, where every positive thing seems to have a negative accompaniment. Good news! The create-a-Sim function seems to be pretty extensive and easy to use. Bad news! You aren’t getting any swimming pools or toddlers in the base game.

The fallout of news from EA and Maxis’ rather cloyingly named ‘Creator’s Camp’ event is no exception. Let’s start with something that seems unambiguously good, and which I opted to highlight in the headline: mod support. Over at SimsVIP, there’s a breakdown of what to expect from The Sims 4 at launch as far as mods are concerned. My first impressions are that it’s far better than Sim City’s belated efforts. Which isn’t difficult, really.

Here’s what SimsVIP gleaned from the event:

• Directory for Mods in the user data folder.
• Custom Content Technology Document with data formats that will help creators avoid conflict with what has been done in the game.  This document to be expanded on.
• Dedicated Modding Section section on The Sims 4 Official Forums for feedback, discussion, and issues.
• Game options panel contains section for mods. (Script and Non-Script)
• H Gender species and sub-types included in the data format with some of them defined
• Sims 4 coding written in Python
• Package files will not attach to creations when uploaded
• The .ini file will be available to everyone just like it is in The Sims 3

Some of the bad things to come out of this latest round of information and coverage? Well, the size of the map shown during part of Kotaku’s video walkthrough has been a cause for concern. If the screenshot below really is indicative of the world size at launch, then it could be a repeat of Sim City’s greatest blunder.

I mean maybe this is just one district or something, I don’t know. Picture courtesy of Kotaku. Obviously.

As far as I can make out, that’s all of the Willow Creak area. Everybody can presumably look forward to buying lots of lovely expansions to, well, expand that. There are also reports that burglars and dishwashers are missing from The Sims 4 base game.

For somebody who isn’t a huge Sims fan, it just sounds like random objects and elements are being named for removal at this point. Take out the pools! And, and .. uh … burglars! No ice-cream makers either!*

*I made that one up, don’t panic ice-cream maker fans. Unless those really have gone. In which case do panic.

The Sims 4 is coming out on 2 September.

Warlords of Draenor cinematic reveal and release date on 14 August