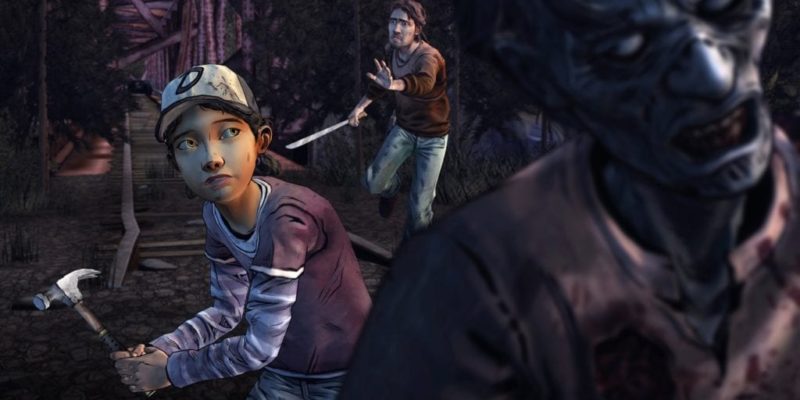 The screenshot names tell me that this is a thing that will happen in the forthcoming second episode. I wouldn’t know.

Gasp! The second episode of The Walking Dead Season 2 – titled “A House Divided” – will be shambling to release next Tuesday, Telltale has revealed.

I don’t really have much of note to say about this, because I still haven’t finished The Walking Dead Season 1. I’m sorry. I got a bit distracted halfway through episode three; there was a squirrel outside my window, or something. I can say that there’s a very moody trailer that you can see below, though, and I can also say that it appears to have Michael Madsen doing a voice.

That’s Tuesday, 4 March, zombie hunters. I suspect our own Peter Parrish will be publishing his thoughts on The Walking Dead Season 2‘s second episode sometime around then, in case you want to know what he thinks of it before going through it yourselves.

New ARPG Shadows: Heretic Kingdoms will have you swallowing souls in 2014