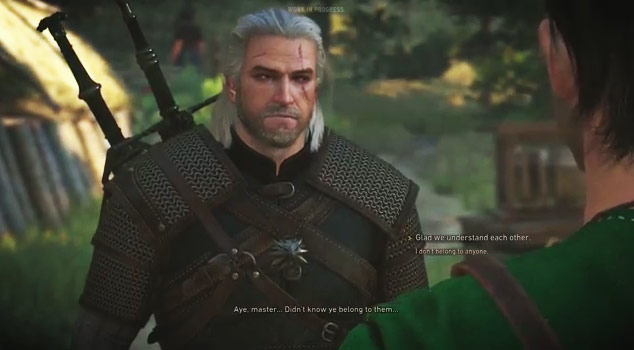 Not a fan of that beard or that hair? Don’t worry: one day after the game launches, you’ll be able to change it.

DLC is inescapable these days, but CD Projekt Red are at least making the DLC for The Witcher 3: Wild Hunt free.

Basically, if you own The Witcher 3, you will get 16 free sets of DLC. The releases will start with two packs on 25 February, with bundles of two more DLC sets released every single week thereafter. And, hilariously, the first set released includes horse armour, because we’ve apparently gone back to Oblivion.

The first release offers the Temerian Armor Set (including horse armour) and the Beard and Hairstyle Set offering some new customisation for Geralt. The second bundle will contain a new look for Yennefer of Vengerburg and a brand new quest, so it’s not all going to be cosmetic fluff.