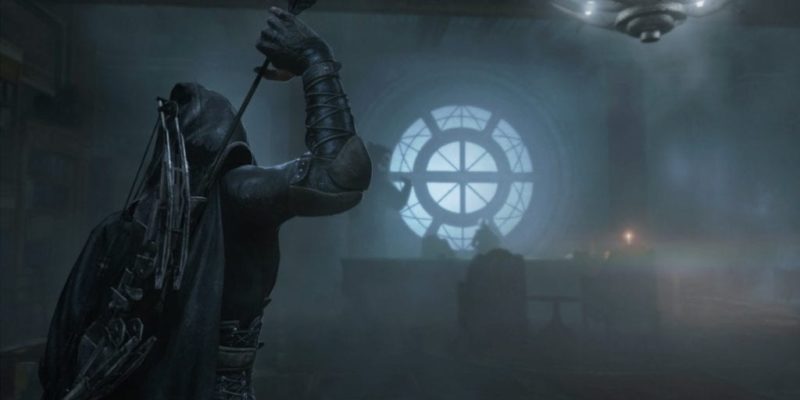 Before long, you too will be able to pose menacingly in the streets of The City.

You’d think that for a game called Thief, which is ostensibly about hiding in the shadows and going around undetected, you’d have to do some pretty good detective work to find trailers and the like. I mean, that’d just be fitting, right? But no. It’s out next week, and Square Enix have issued out a launch trailer. We have it here, and we didn’t have to break into any mansions to get it.

I’m happy to announce that this launch trailer doesn’t look awful. I mean, sure, it’s got some clunky dialogue (“Be careful. Don’t become a ghost yourself.” “I’ve been a ghost all my life.”) and a number of plaudits from a number of publications despite there being no reviews yet, but it’s not as offensively horrible as some of the previous trailers. Alas, it doesn’t have any quotes from IncGamers. I’m amazed they didn’t go for “Truly ridiculous voice acting – IncGamers”, or possibly “Sounding like an unmitigated disaster – IncGamers”, or even – if they wanted something positive, but missing context – “Actually looks pretty good – IncGamers”. Oh well.

Thief is out on 25 February. We’re hoping it will be good, while fearing that it won’t be. We’re currently trying to secure review code, but I strongly suspect we’ll bring you a review sometime around launch no matter what.

PS4 Is Selling Much Faster Than The PS3, PS2 and PS1