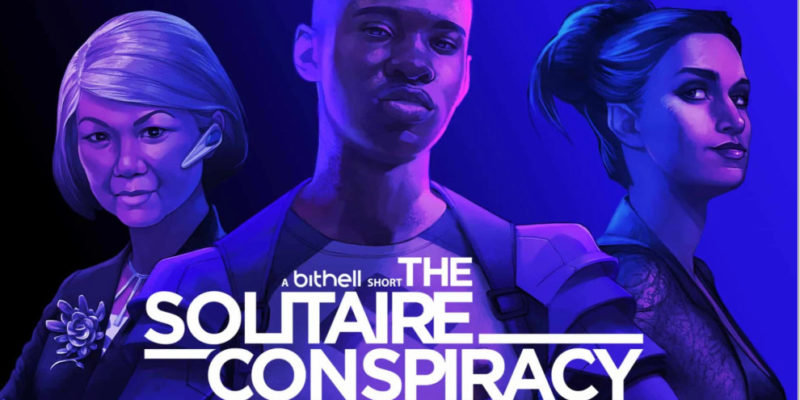 Mike Bithell has become a household indie name since his debut hit, Thomas Was Alone. Since then, he’s produced a number of games in the indie space, including Volume and last year’s film series tie-in, John Wick Hex. Mike Bithell doesn’t move slowly though, and he’s already well underway in producing his next project, The Solitaire Conspiracy. 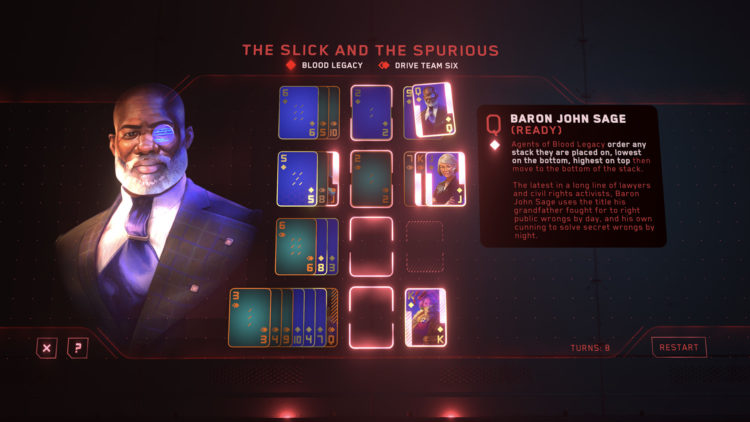 Bithell shows off his impressive list of connections too. The game features the likes of Greg Miller, of IGN and Kinda Funny fame, along with British comedian Inel Tomlinson. Shadowrun music producer Jon Everist is on board for game’s soundtrack too, so there’s some pretty big names in the mix.

Alongside the announcement, Bithell dropped a trailer to show what the game has to offer. The cyberpunk theme is immediately obvious, as the clip is adorned with purple hues and electronic backgrounds for a unique solitaire presentation. Of course, there’s more of a story focus too, with the trailer showcasing eight spy crews with eight unique powers.

Kinda Funny host Greg Miller seems to be the story mode figurehead, as he appears narrate the experience. The spy theme will take precedence in the story, as hinted at in the video clip. Miller says “Have you ever seen a spy movie?” and gazes around the environment, alluding that The Solitaire Conspiracy is a card game version of exactly that.

The Solitaire Conspiracy from Mike Bithell is out real soon, October 6 in fact. You can wishlist the game right now on Steam or the Epic Games Store.