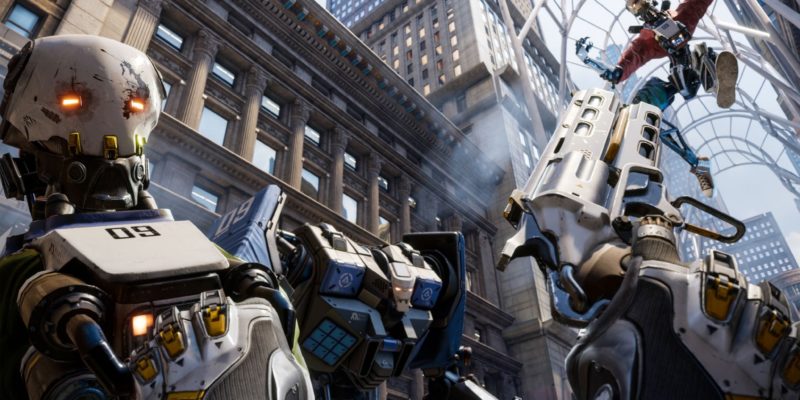 With Oculus Touch pricing now completely nailed down, three new games have been announced for the Touch.

Arktika.1 is being developed by 4A Games of Metro 2033 fame and takes players to a post-apocalyptic future and where there’s a new ice age in the aftermath of a silent apocalypse. The planet’s equatorial regions are the only places truly inhabitable and the human race is fighting for control of the resource-rich north and south. Players will need to protect a colony in the old wastelands of Russia from strange creatures, raiders, and marauders.

The game looks cracking, but most games do until you start playing them in the headset.

Next up is Lone Echo from Ready at Dawn Studios. This is another sci-fi based space game which appears to be similar to Adr1ft in looks at least. Float around in space in first-person and it comes with a single player story mode and multiplayer.

Finally Epic stepped up to show Robo Recall which involves fighting homicidal robots where you teleport through the streets blasting the robot enemy. Visually it looks great but the gameplay could wear thin based on the snippet of action we have seen.