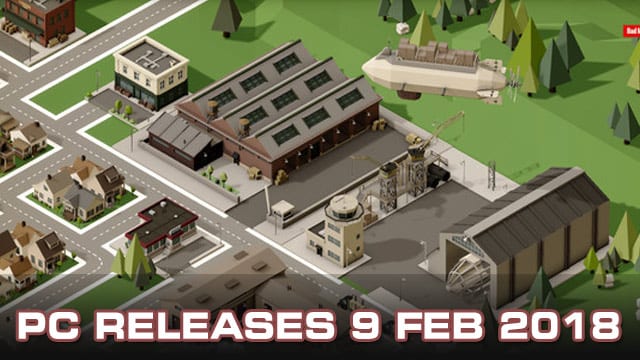 It’s Friday 9 February and these are the PC games to pick up today just in time for the weekend. There’s everything from building an industrial empire to surviving a Japanese POW camp.

Rise of Industry is a strategic tycoon game that puts you in the shoes of an early 20th-century industrialist. Now on Steam in Early Access.

Customise your robot for Cyber Battle Racing in Break Arts II. Assemble your robot from multiple parts each with their own abilities. Grab it here.

Get mixing those drink in Bartender VR Simulator from VR Factory. Available now on Steam.

Prisoner will have players trying to survive a Japanese POW camp. Now in Early Access.

The SpellForce 3 Mod Kit offers ways to create your own levels and content for SpellForce 3. This one is free

Slasher’s Keep is a hack’n’slasher where you loot your way through procedurally generated dungeons. Available in Early Access now.

DESOLATE is a first-person horror survival experience and it’s now in Early Access.

Check Out Some Gameplay of ‘Descenders’ on PC!