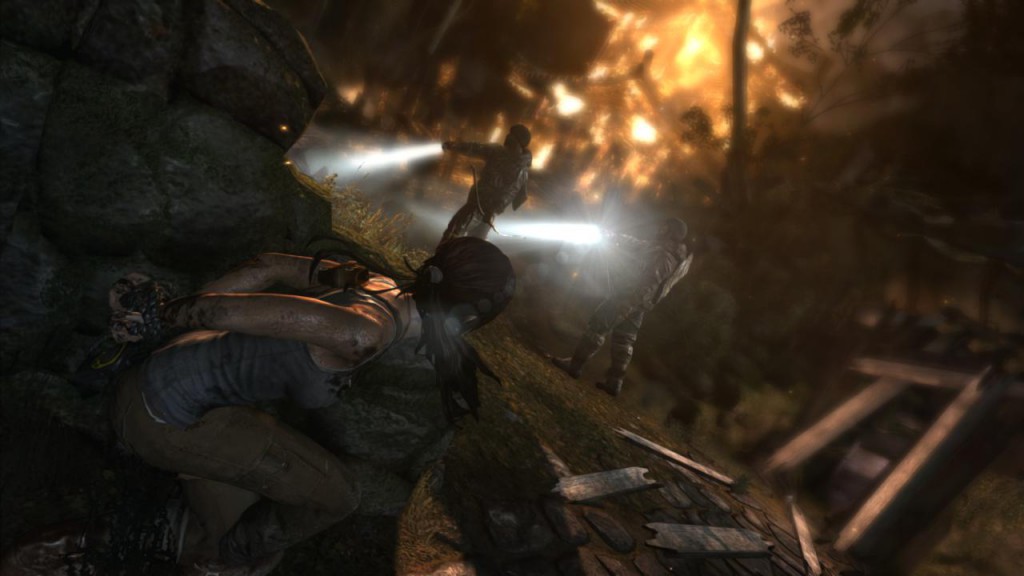 The subject of ‘mature’ content has been a touchy subject as far as Crystal Dynamics’ upcoming Tomb Raider reboot. Some elements of the media have taken the whole ‘attempted rape’ episode and turned it into a hit-building circus, showing little respect for the context of the moment and seemingly not caring.

I recently sat down with Karl Stewart, global brand director on Tomb Raider, and discussed what kind of maturity the game is really aiming for.

Stewart explains that an emotional depth, rather than an ‘M’ rating for the sake of it is the goal.

“We realised that we can’t add a proper wrapper of survival around everything in a ‘T’ rated world,” Stewart told us. “You can’t, for example, back off and cutaway at the point when Lara goes through with her first ever kill – you’re just not going to achieve the emotional depth that we want.”

In turns of emotional depth, the goal is to make us cry:

“Without going into the ‘M’ rated space for the sake of it and dropping the ‘F-bomb’ countless times, we wanted to use the mature space to really tell a human story; we want the goose-bump moments and the moments that will make you cry.”

Stewart also weighed in on the levels of narrative maturity displayed in games generally, saying that he believes the industry is on the brink of something “really exciting.”

The Walking Dead Episode 3 out today on PS3, 360/PC/Mac tomorrow

Sleeping Dogs remains top of the chart, Darksiders 2 in second