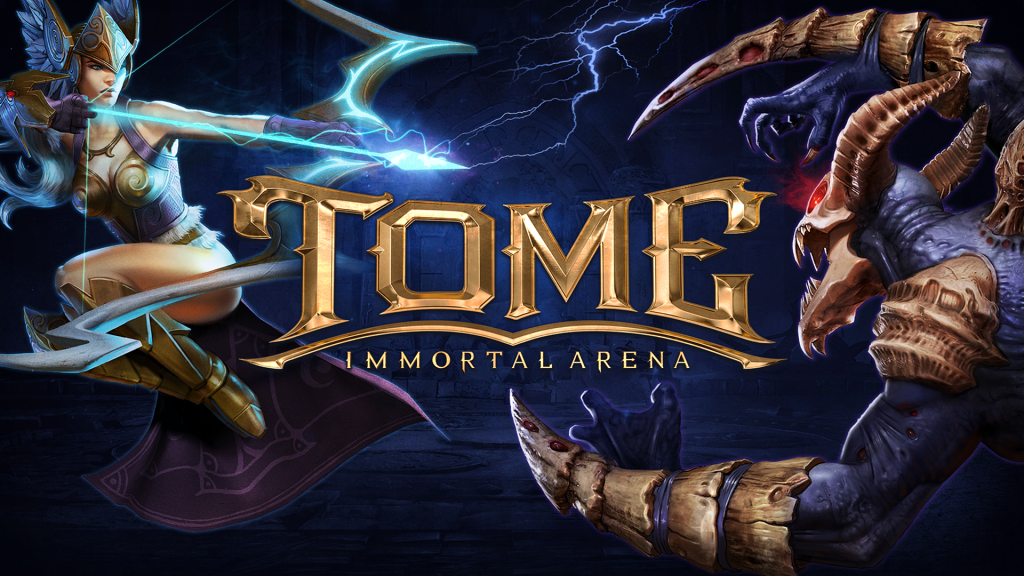 Fortunately there aren’t any other big MOBAs on Steam … er … right?

KIXEYE’s MOBA title TOME: Immortal Arena (what a lot of capital letters) has been knocking around in a browser-based closed beta fashion for a while, but it’s now set to launch on Steam from 21 November.

Of course there are a lot of different MOBA styles out there. TOME: Immortal Arena styles itself as a fast-paced one, with matches of 10-20 minutes each.

I’m no MOBA expert, but things like a two-lane map and the removal of “last-hitting, returning to base fountains for healing, and complex item recipes” suggests this one is aiming to be pretty immediately accessible. Grinding is said to be out. All-action and plenty of front-line brawling is what TOME: Immortal Arena seems to be geared around.

The Steam launch will bring with it a new 5v5 map, and there are said to be plans for a 7v7 mode coming in the future.

“We’ve been tuning the game for the past several months in Closed Beta” says KIXEYE’s Rade Stojsavljevic, “and are thrilled to bring the game to the Steam community with new combat-focused gameplay that distills the best things about the genre into a fresh MOBA experience.”

Here’s a Steam launch video, showing some of the character (‘Guardian’) designs you can expect to see in TOME.

Shadow of The Eternals Is Reborn Under QEE Banner