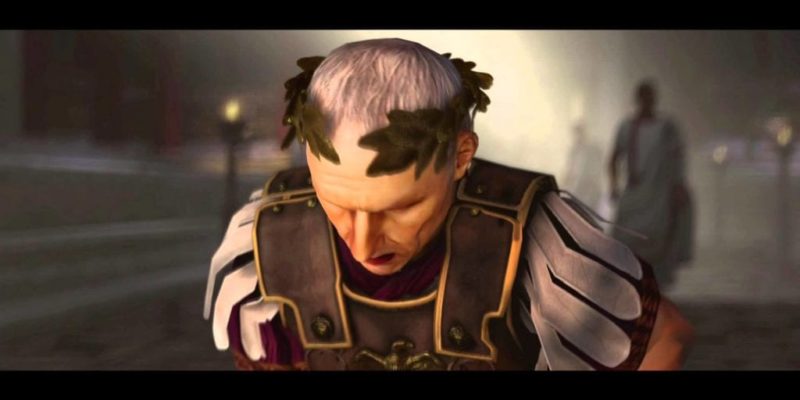 When you think of Rome, what do you think of? Centurions? Caesar? A massive empire? Gladiators? The Roman Senate? Asterix? The bright, sunny Mediterranean? Men in togas and sandals? Or perhaps just death, murder, and sadness?

Creative Assembly presumably think the latter, being that the cinematic Total War: Rome 2 launch trailer – titled How Far Will You Go? – appears to focus on the assassination of Julius Caesar, complete with lots of little flashes to other dead and dying people, from a hoplite to Cleopatra. It pretty much makes me want to swallow my tongue.

We’ll have a review up once we’ve had time to play Total War: Rome 2 through properly, as our review schedule notes, but if you can’t wait then this trailer should remind you that the game itself launches tomorrow. Either way, the launch trailer’s below.