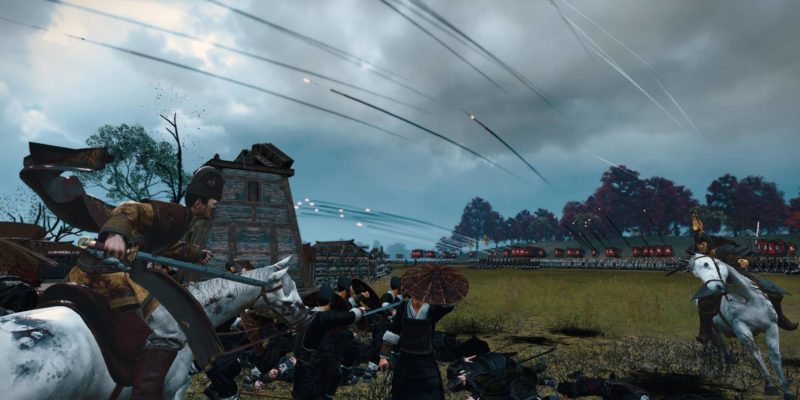 Total War: Three Kingdoms – A World Betrayed brings new challenges for Yuan Shu. His ambition knows no bounds, and he may find himself emperor one day. Here’s our detailed faction guide to help you with Yuan Shu’s campaign. 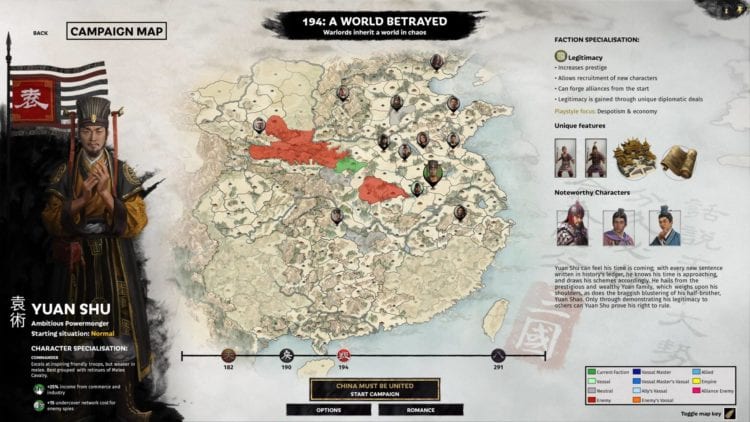 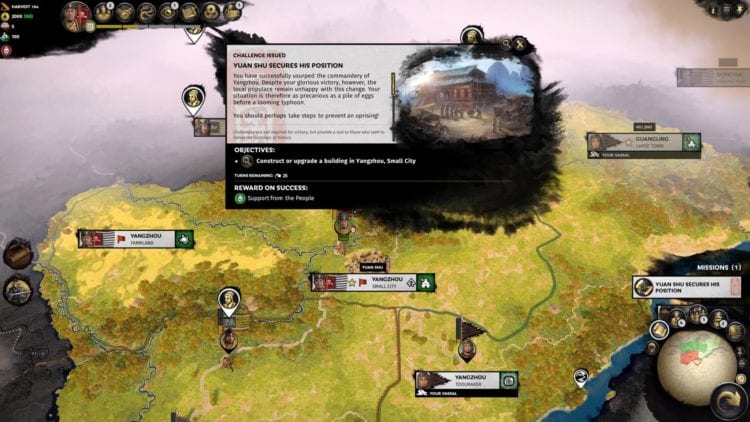 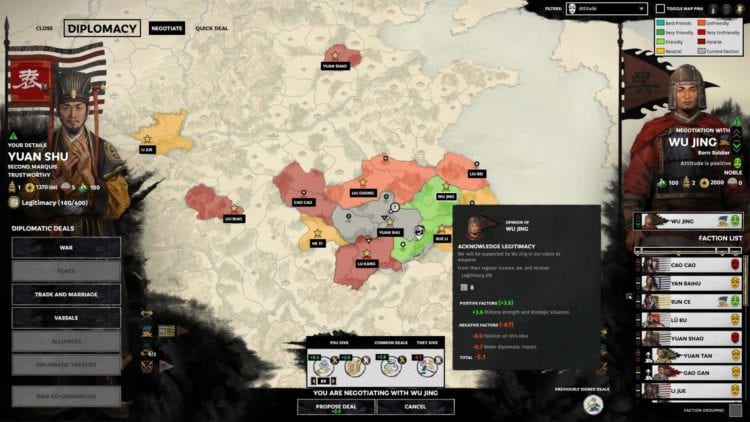 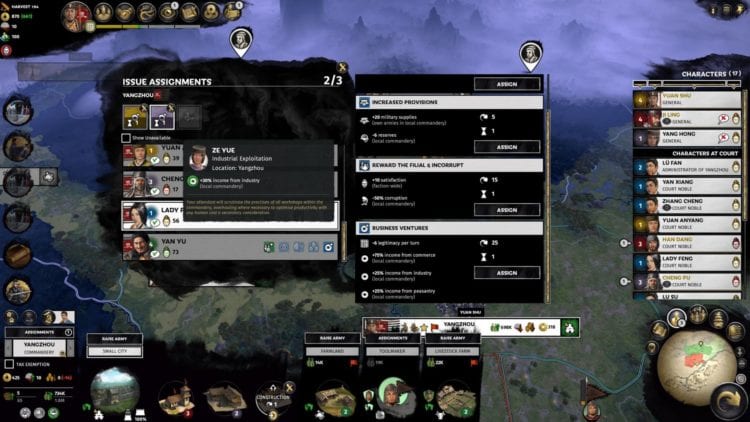 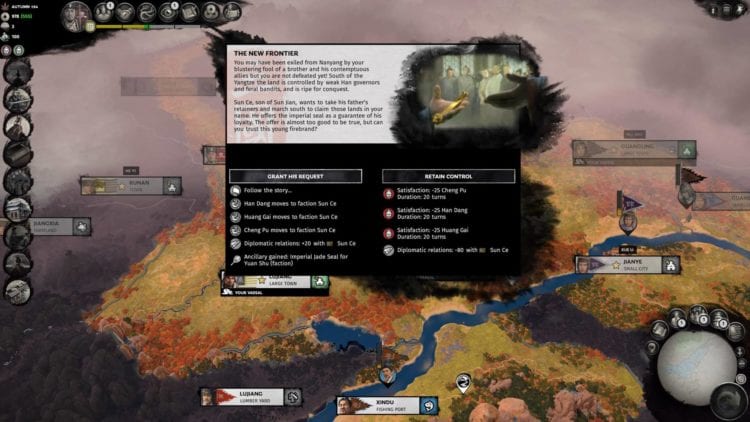 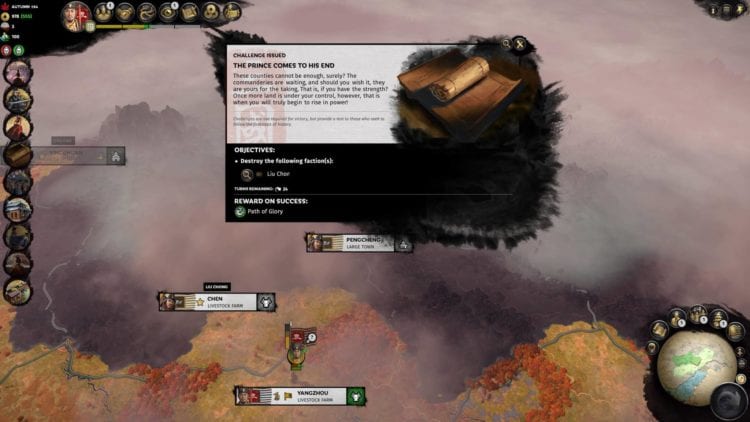 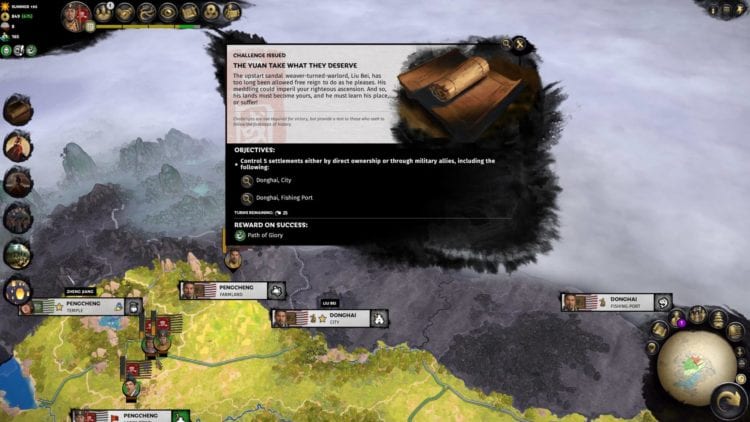 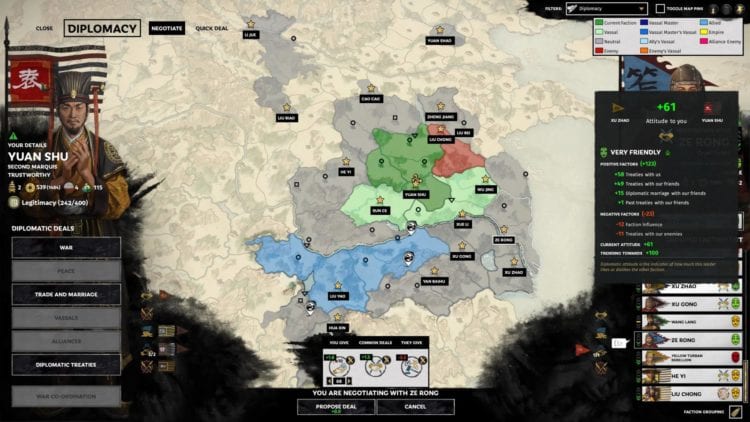 There’s a reason we’re only focusing on a step by step explanation only up to turn 5. This is because of your Legitimacy bar. Once you reach the maximum, Yuan Shu will get a dilemma to proclaim himself emperor. This will net you extra Legitimacy and a powerful buff. Whether you make your move or keep mum, your two vassals — Sun Ce and Wu Jing — will declare their independence and go to war with you. 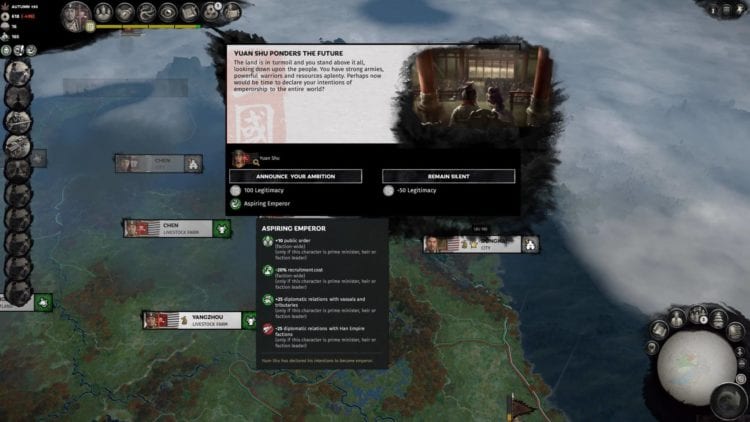 Sun Ce can give you a headache, but you can counteract this by reloading a save one turn prior and annexing him outright. This will make you “Untrustworthy” for a short while. Do note that Sun Ce may have some expensive units so feel free to disband those that are ruining your income.

Bug: While you do get Sun Ce and maybe Cheng Pu once more, it seems as though Han Dang and Huang Gai are completely gone. 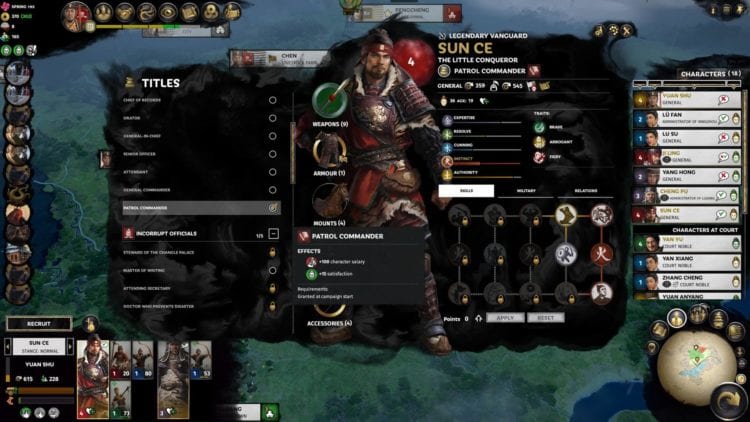 In any case, you should’ve increased your faction rank by now. Give Sun Ce and Cheng Pu ministerial positions to keep them happy. Zhou Yu also shows up in your court so you can employ him by using some Legitimacy.

Bug: It’s possible to get a second Zhou Yu around turn 16 via an event now that Sun Ce is in your faction. 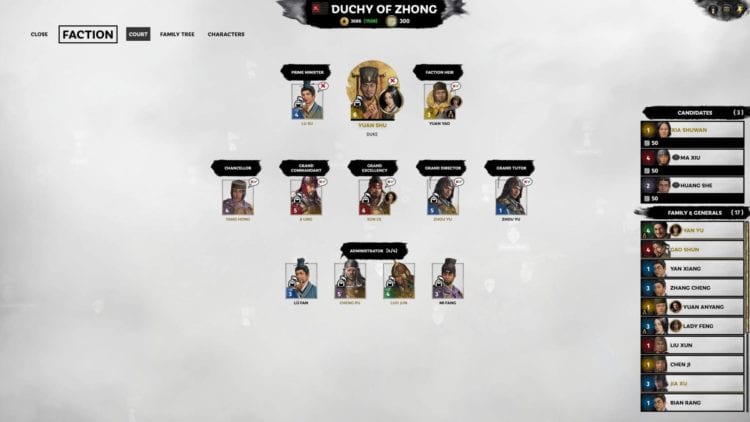 Anyway, here are the next steps: 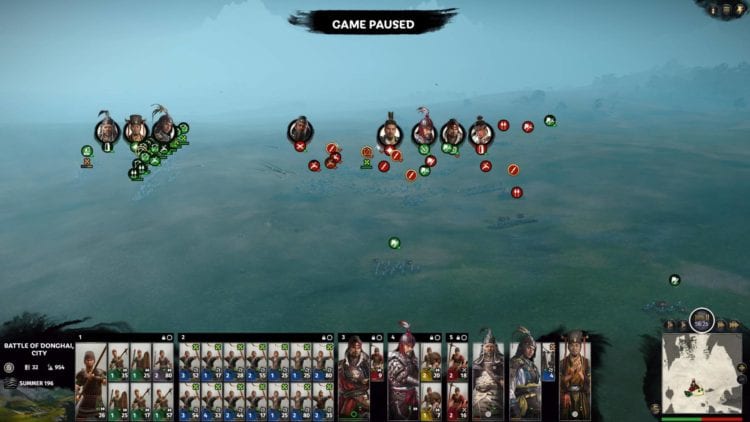 Remember that mission you got after beating Liu Chong? Well, you need to capture Donghai’s capital and fishing port. Both are owned by Liu Bei at the start of A World Betrayed.

Lu Bu will usually get wiped out around this time as well and he’ll seek sanctuary as part of Liu Bei’s faction. In my experience, Lu Bu usually betrays Lord Benevolence around turn 10 or 11. He’ll have control of Langye’s capital, Donghai’s capital, and Pengcheng’s farmland. Liu Bei, meanwhile, will retain control of Donghai’s fishing port. 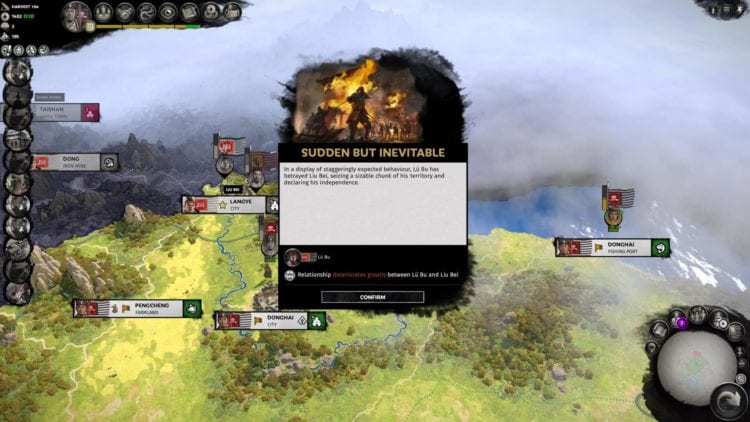 Since you’ve got your armies waiting near Donghai, there are multiple ways you can go about completing your mission: 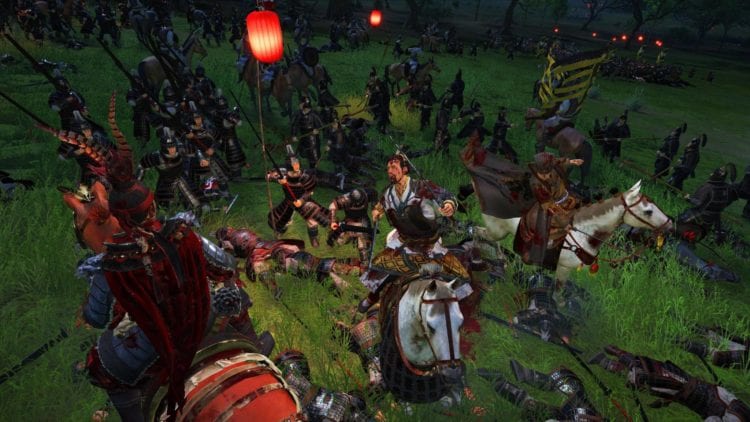 Bug: The biggest problem you’ll have isn’t Lu Bu. It’s actually the alliance war bug. If Liu Bei is already in an alliance with Kong Rong, your conflict will escalate into an alliance war. It’ll be impossible to offer peace unless you completely wipe out both their factions or if the AI decides that it’s had enough (which can take a long while). 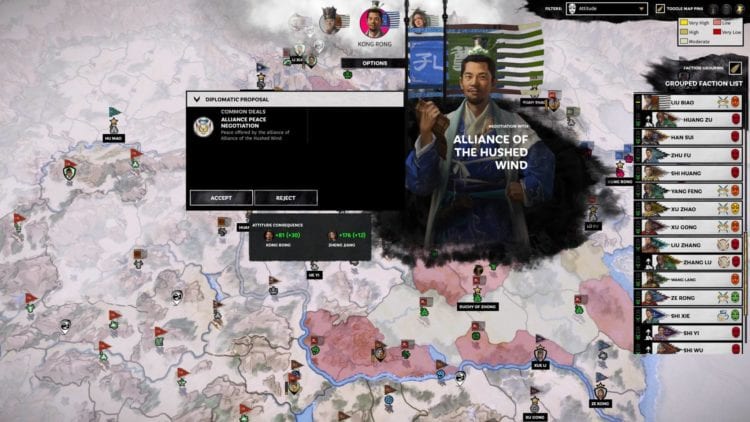 Your next goal after taking care of the Liu Bei and Lu Bu debacle is none other than Cao Cao. If you used some food or GPT deals, you probably held him back for a few turns and he’s likely fighting Lu Bu. Go ahead and capture some of his settlements. Lu Bu will definitely like that.

If you took Cao Cao’s capital, Yuan Shu will end up controlling the Han Emperor. Sadly, nothing interesting happens. I was expecting him to assassinate the Han ruler considering that you can’t have another lord of a dynasty hanging around. 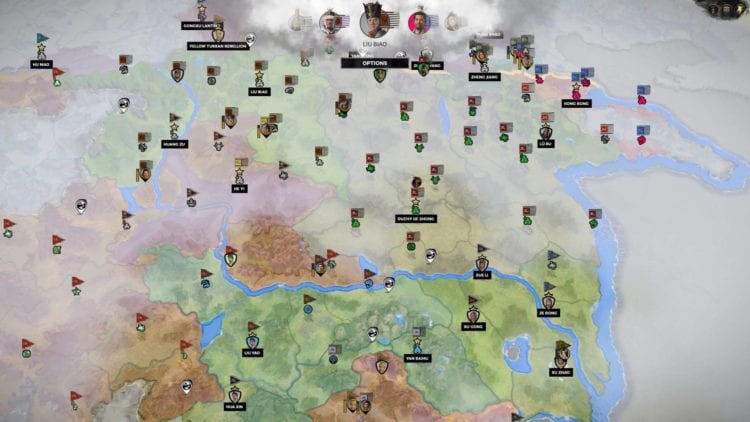 Fast forward and Yuan Shu will need to eliminate his own half-brother, Yuan Shao. Assuming you protected Lu Bu from being mauled earlier by Liu Bei and Cao Cao, he’ll have reached the opposite bank of the Yellow River by now. In my A World Betrayed campaigns, he usually ended up fighting Zhang Yan in a separate war, leaving me free to take out Yuan Shao. 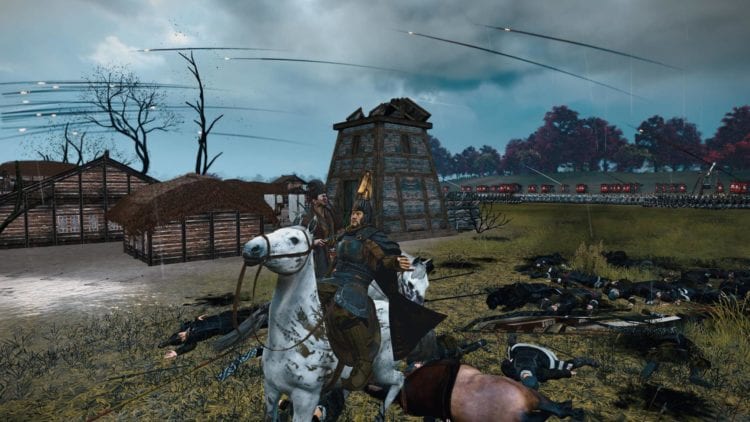 Yuan Shu and the Kingdom of Zhong

Funnily enough, even though A World Betrayed does focus a lot on Yuan Shu’s proclamation to become emperor, you still need to earn prestige to use the imperial court system. With your southern flank protected thanks to earlier diplomatic deals, your northern incursion will net you enough prestige to form the Kingdom of Zhong.

Finally, Yuan Shu can truly call himself an emperor: 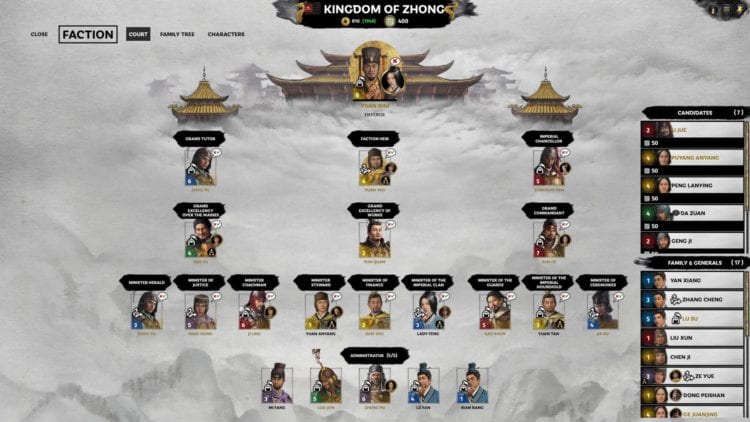