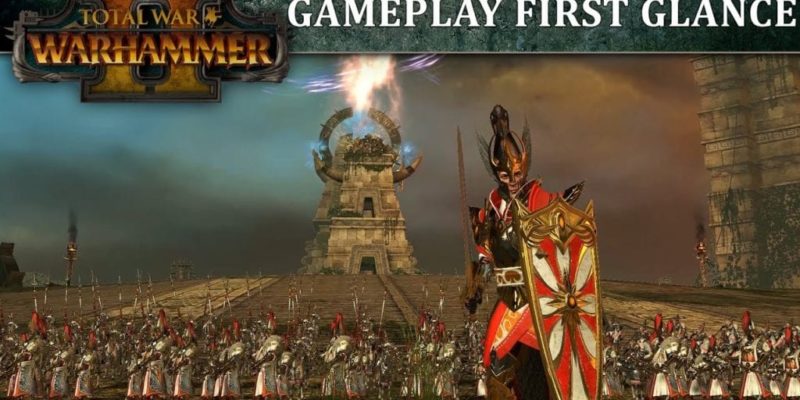 The big news about the Total War: Warhammer 2 September release date emerged earlier in the day, but here’s a short video as a chaser. Shown during the PC Gaming Show, it has a minute-or-so glimpse at a quest battle.

It’s footage from one of Kroq-Gar’s (Lizardmen Legendary Lord) quest battles, in which he’s up against the High Elves. They’re using the in-battle camera, so it’s somewhat cinematic gameplay footage, but indicative of how things should look in-game nonetheless. It includes a dragon bodyslamming a dinosaur, so it’s worth a look for that.

Here’s the footage. There will probably be lengthier videos of this battle coming out across the course of E3 2017. Total War: Warhammer will be released on 28 September.