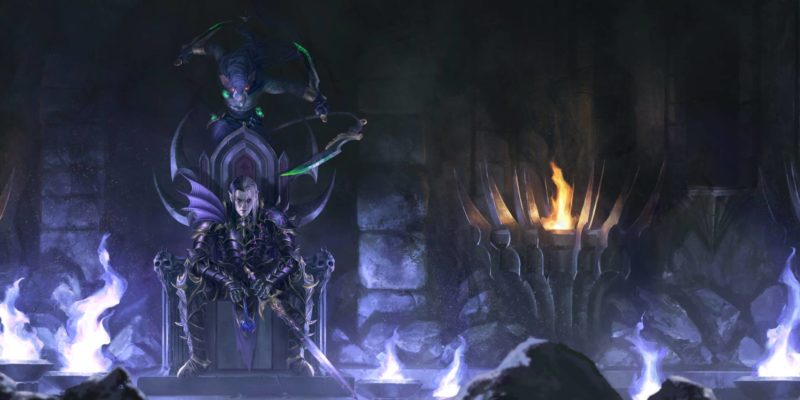 Total War: Warhammer 2 already has a trove of DLCs to entice fans of Games Workshop’s Warhammer Fantasy Battles universe. This time, there’s going to be a little bit of sneaking around. That’s because the upcoming Lord’s Pack DLC, The Shadow & The Blade, will introduce two legendary lords that favor stealth and cunning: Deathmaster Snikch of Clan Eshin and Malus Darkblade of Hag Graef. Check out the trailer below:

The ravenous Skaven tend to lurk in the darkest recesses of the Warhammer world, and only the most cunning ever find themselves in a position of power. Deathmaster Snikch is one such creature. Leading the Skaven sub-faction of Clan Eshin, the deadly executioner Snikch relies on his wiles and secrecy to enact his plans. Perhaps he might end up conquering the lands of Total War: Warhammer 2 from the shadows.

Deathmaster Snikch is aided by a new mechanic called “Shadowy Dealings.” Characters belonging to Clan Eshin may take actions from stealing items and gold to outright assassinations and inciting rebellions. These actions will always have a 100% success chance, and Snikch himself is able to turn entire cities into ruins. Also, since Clan Eshin are renowned for their backstabbing ways, other Skaven clans may avail of their services. You’ll be given certain objectives that provide ample rewards, including those that reduce the costs of special units from the other Great Clans of the rat-men.

The Shadow & The Blade DLC also provides Deathmaster Snikch with the right tools for the trade. The add-on will also include new units for the Skaven such as Master Assassins and Eshin Triads. The Skaven will also be able to use an additional type of magic, the Lore of Stealth. 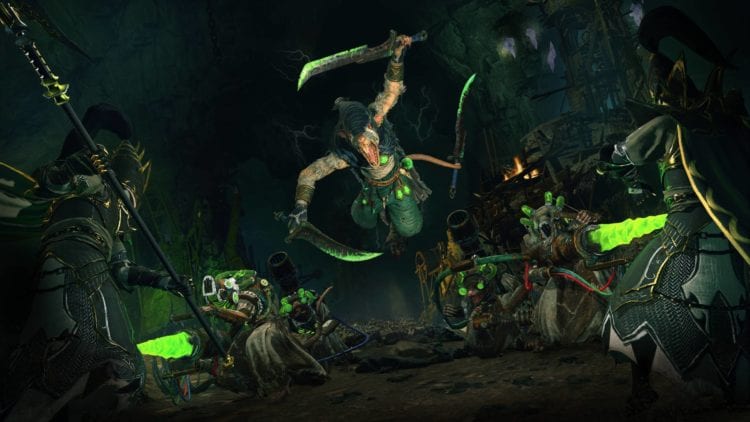 In terms of cruelty, few can match the society of the Dark Elves. Built upon the backs of slaves and thralls, the Dark Elves carved out their kingdoms on the northern territories of Naggaroth. In this bleak continent, one can spot the foreboding Hag Graef. Its master is none other than Malus Darkblade.

Darkblade is one of the more popular characters in Warhammer Fantasy Battles lore. Sure, he might look like your typical emo and edgy lord, but he’s also one of the most ambitious and ruthless. A series of novels detail his exploits, including his mastery over the daemon Tz’arkan.

The dynamic between Malus Darkblade and Tz’arkan will take center stage in Total War: Warhammer II‘s campaign in terms of the faction’s mechanics. Malus will be slowly possessed by Tz’arkan, leading to newfound abilities, powerful items, and extreme viciousness. But, this also presents additional challenges. He’ll be able to temporarily overcome possession via an elixir given by Malekith, but it can be costly. Likewise, you may have to do Malekith’s bidding and aid him in controlling the Great Vortex.

The Tyrant of Hag Graef will also have an additional mechanic, that of an expeditionary force situated on the opposite side of the map. As such, you’ll be presented with a dilemma: relinquish control of Hag Graef for a hefty sum (and start anew in a different location), or explore the wastelands of Naggaroth like the other Dark Elves.

The Shadow & The Beast DLC will add a dozen new units. In the case of Darkblade and the forces of Hag Graef, you’ll be able to recruit High Beastmasters and Bloodwrack Medusae. 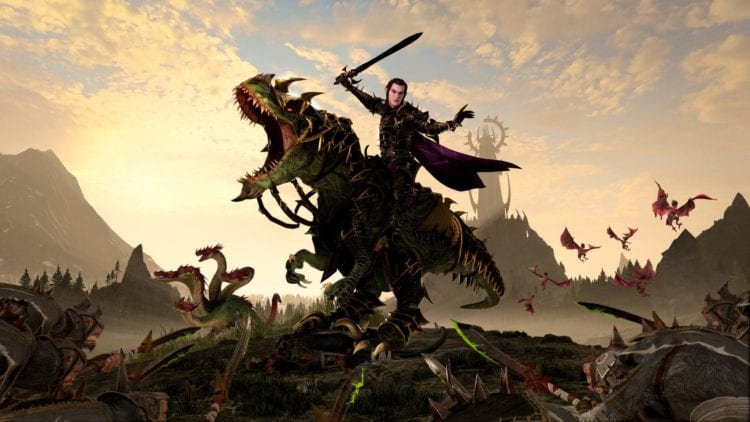 No Total War: Warhammer 2 Lord’s Pack DLC will be complete without its complementary free content for all owners of the base game. In the case of The Shadow & The Blade, players will be able to campaign as Repanse de Lyonesse. The devout shepherdess from Bretonnia’s countryside is blessed by the Lady of the Lake. This bolstered her faith, allowing her to conquer numerous hordes. Her exploits led to her being anointed as a knight and she was also awarded the Duchy of Lyonesse.

Likewise, she’ll be aided by none other than her trusty companion, Henri le Massif, a famous Grail Knight who functions as a legendary hero in Total War: Warhammer 2. What makes their inclusion unique is that neither has been part of Warhammer Fantasy Battles‘ armies and unit lists for ages, but long-time fans will see them return to the fray as freebies once The Shadow & The Blade DLC releases.

One more thing of note is that the free update will also have some significant QOL improvements. One of those improvements is a 60% decrease in wait times between turns. This should, hopefully, make those Mortal Empires campaigns more bearable.

Addendum: These changes will still be dependent on game state and PC specifications. Most people should see a significant improvement but the higher bracket of that will only be made by PCs with high specs.

The Shadow & The Blade DLC releases will be available on December 12. You can pre-order it now via Steam. It’s currently priced at $8.99. You can also check out Total War: Warhammer 2‘s official blog post regarding the new content add-ons.

Destiny 2: Shadowkeep’s Season of Dawn release date – What we know so far and what to expect