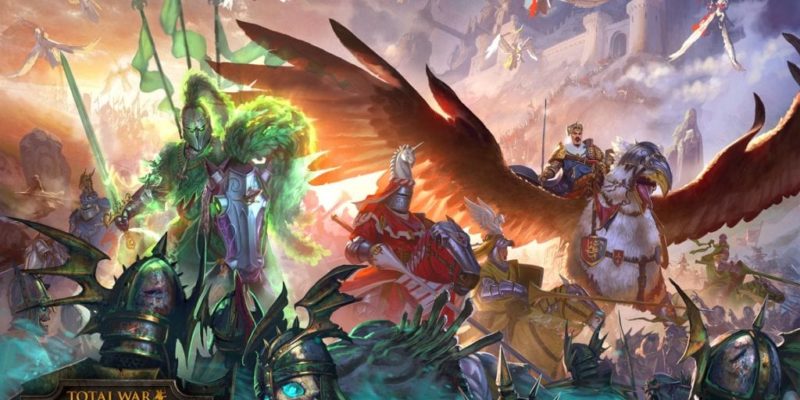 A new post made in the Total War forums goes into some surface detail about what the various Creative Assembly teams are presently working on. It confirms that part two of three in the Total War: Warhammer trilogy is now in “full production,” and that a new historical Total War (as yet unannounced) will be doing the same in the new year.

CA haven’t yet fully explained how the (eventual) three Warhammer titles will slot together, but its become clear that they will do so in some fashion, as well as each having a stand-alone campaign. Comments made on Reddit by Creative Assembly confirm that much.

The location of the second title hasn’t been revealed, but the smart money is probably on the ‘New World’; encompassing Ulthuan (High Elves), Naggaroth (Dark Elves) and Lustria (Lizardmen, potentially Skaven). That would neatly provide another four major factions from the game, and a sizeable new land mass. However, that’s speculation at this point.

It does sound like the free addition of Bretonnia (in February) will pretty much wrap up the expansions for ‘part one’ of Total War: Warhammer, with production plans now looking towards part two. That doesn’t mean the end of any more additions, but it seems like the major ones will conclude with Bretonnia.

As far as the historical Total War title is concerned, they say not to expect any specifics about that for “some time”.

Star Wars games cheap on Steam for Rogue One release