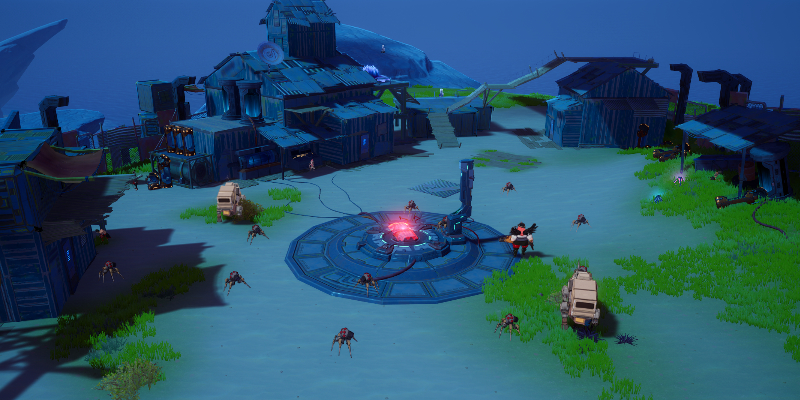 Why you should change channels in Tower of Fantasy

There are a few reasons why you would want to change channels. Certain content in Tower of Fantasy can be farmed more efficiently if you switch between channels rather than wait out respawns. Naturally, this makes the content better value as you spend less time on it.

For example, popular world bosses like Robarg and Apophis are set to a 30-minute respawn timer. Without hopping channels, that results in just two kills per hour. However, if you were to change channels between kills you can get around 10 kills per hour with decent efficiency. 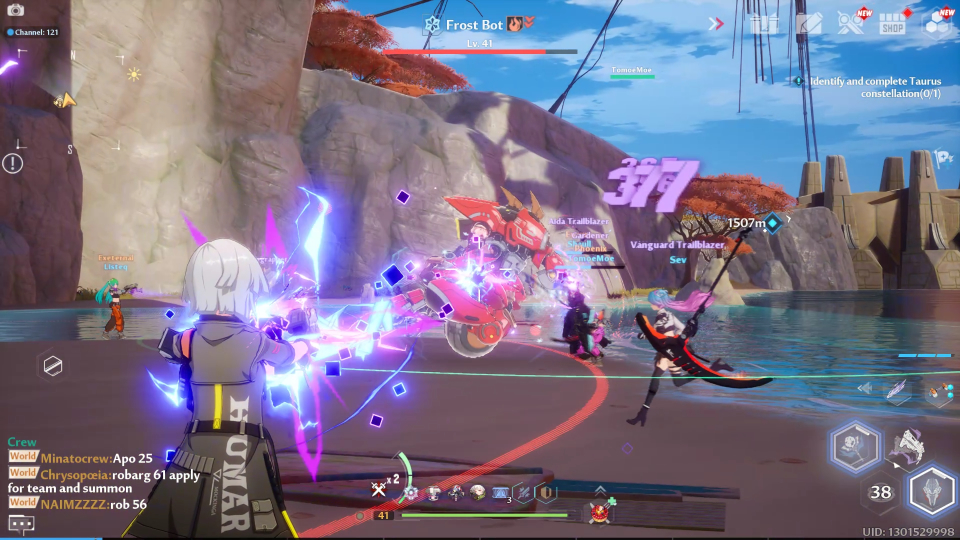 There are also social benefits to changing channels in Tower of Fantasy. If a friend is on another channel, you will not be able to see them. However, by switching to their channel you can party up and play together. Equally, if you are in a crew you can expect guild events to be run. These events will usually take place on a single channel and require you to change channels to take part.

Another reason to switch is to find a channel with your preferred level of activity. In general, lower-numbered channels will be more active than higher-numbered channels. So, if you want a more MMO-centric experience, it’s best to change to a single-digit channel. In contrast, if you’d rather just explore the world on your own or solo specific content, jump to a random high-numbered channel and you’re unlikely to encounter other players.

How to change channels in Tower of Fantasy

The easiest way to change channels is by using the dedicated interface. This can be found at the top left of the UI while exploring the open world. Just above your mini-map, there’s text that displays what channel you are currently in. Hold left ALT to go into cursor mode and then select this option. After it is selected, a separate interface will open up where you can enter what channel you want to swap to.

However, the regular method of swapping channels has a big downside. Once you’ve used this interface, you will trigger a cooldown that prevents you from using it again. This cooldown lasts exactly 30 minutes, during which you cannot change channels by manually selecting what channel you want to swap to. 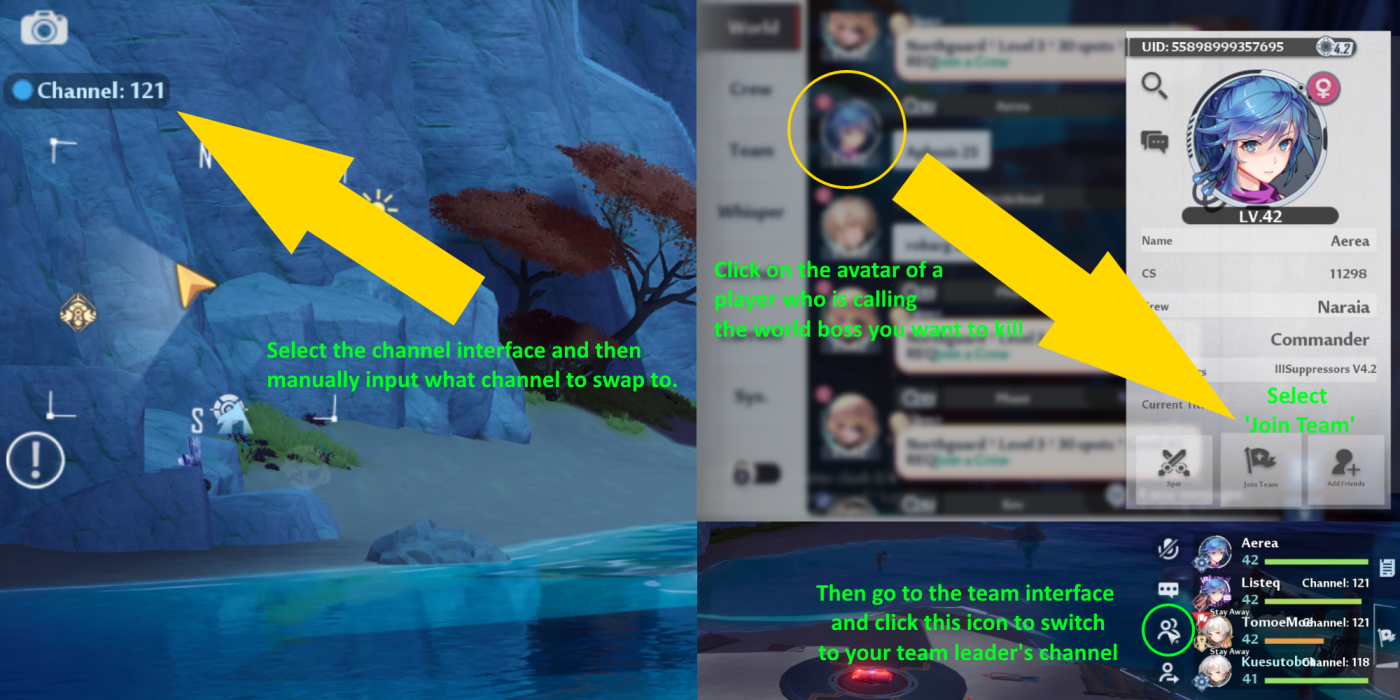 A visual guide showing how to change channel using either the dedicated interface (left) or world chat (right).

This can be a nuisance depending on what content you are doing. For world boss farming, this is particularly problematic as it effectively limits you to just two kills per hour. But there is an alternative to work around this.

You can also change channels in Tower of Fantasy by joining another player’s team. You can join a team through the team interface by holding left ALT to go into cursor mode, selecting the flag on the right side of the UI, and then selecting Find Team. Alternatively, you can press Enter to open up the World chat and look for players who are calling out world bosses. Look for a player with an open privacy party, and is both calling out a boss you want to kill. Party privacy settings can be checked by left-clicking their avatar and seeing if there’s a “Join Team” option available. Once you’ve joined their team, you can teleport to their location and channel through the team interface.

The 11th World Update for Microsoft Flight Simulator is Canada