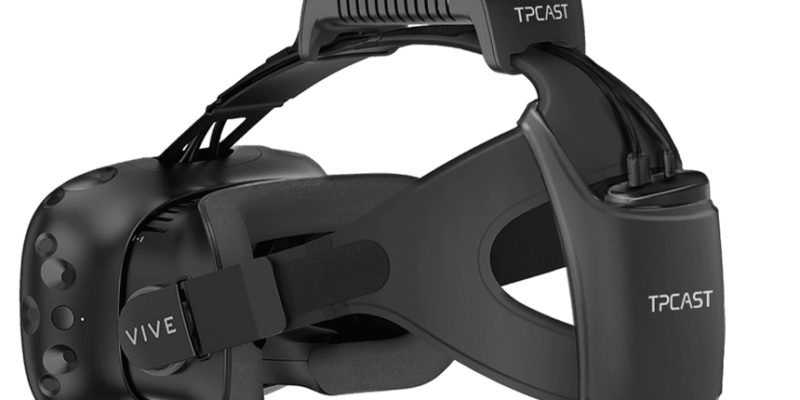 Yesterday HTC told us about TPCast’s new tether-less VR upgrade kit for the HTC Vive and it’s a big step forward for VR.

The biggest problem with VR are all the cables and being tied to the PC is a real hindrance. TPCast’s new kit removes the requirement of cables allowing the user to roam free within the VR space.

The kit won’t be available until Q1 next year and pre-orders for the first kits sold out in a matter of minutes. Priced at around $220 this is an upgrade most VR users would seriously consider. HTC will probably add wireless tech as standard to the Vive at some point, but until then, this is looking like a solid addition to the VR family.

The first batch of kits come with around one and a half hours of battery life but later models will come with a battery pack which can be carried on your person to boost battery life.

“We are also very proud and supportive of teams that develop great accessories and game changing peripherals to the Vive ecosystem,” said Alvin W. Graylin, China Regional President of Vive, “The fact that this was developed in such a short time, and delivers such high quality is remarkable. It will allow Vive customers worldwide to gain untethered mobility in VR from their existing devices, while satisfying the biggest feature request of potential PC VR customers.”

There’s no doubt this could prove a hugely popular upgrade for HTC Vive users because they say it provides a “fully untethered experience without compromising quality”.