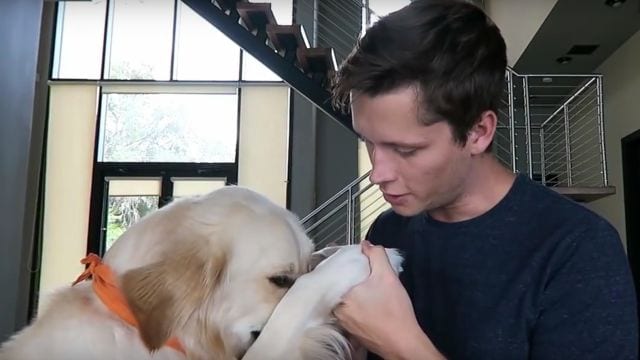 If you were around online earlier today, you might have caught a glimpse of a TmarTn CSGOLotto apology video in which an innocent dog was roped in as a sympathy prop. That video was online for around five hours, before TmarTn (Trevor Martin) or, perhaps, his new legal counsel, decided it should come down again.

It’s not entirely clear why the video has been pulled. The non-dog portions of the not-exactly-much-of-an-apology were covering very similar ground to the legal statement from Watson LLP linked above.

Perhaps the video didn’t receive the reception Martin was hoping for. Maybe he realised that apologising for a betting scandal while sat in front of his massive house and car demonstrated a little too much hubris. Or maybe he’s just upgrading to kittens for his next CSGOLotto apology.

In contrast to Tom ‘ProSyndicate’ Cassell, who hasn’t said a whole lot since the story broke, Martin appears to be saying all sorts of things and then thinking better of them. If you really need to see the original video, there are plenty of re-uploads available on YouTube.