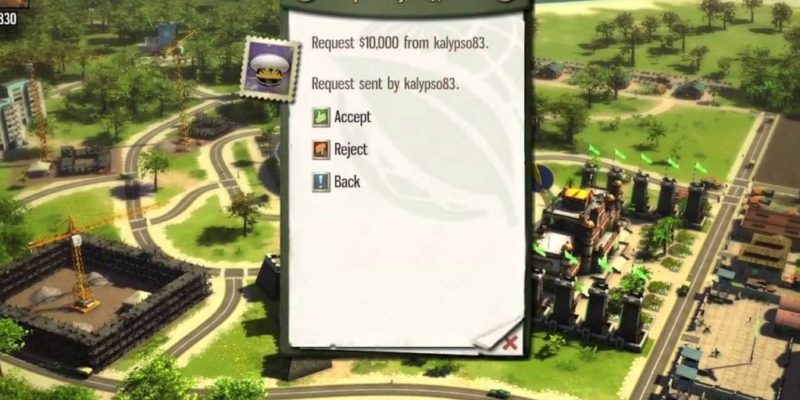 Heeeeey, that’s where I live. Cut it out.

One of the checkpoints on the big list of “things Tropico 5 is adding to the series” is multiplayer, so here’s a trailer to show some of that in motion. By the looks of things you can either play co-operatively, sharing resources like friendly national allies, or you attempt to seize overall power for yourself by use of force.

What I’m not totally clear on is whether the type of game mode selected at the start dictates (oh ho) the behaviour, or whether co-op partners can just go rogue if they sense an opportunity for greatness. The latter would probably be more in-keeping with Tropico 5’s themes of banana republics, but might get a bit on the annoying side.

Anyway, that trailer is below. If you’re not interested in pre-order rubbish you can pretty much just skip to it at this point. Tropico 5 is getting a worldwide digital release on 23 May and boxed copies will be available in the US from 3 June.

So, pre-order stuff. If you buy the Steam Special Edition, you get a bonus ‘Isla de Vapor’ map, plus a costume for your avatar. Buying any version of the game on Steam nets you some extra games: Tropico 4 and Omerta: City of Gangsters, plus the first planned Tropico 5 DLC pack ‘The Big Cheese.’ If you already own the games, you’ll get giftable copies in your account. With a multi-pack of Tropico 5, the buyer gets all the freebie codes to distribute as they see fit.

Do you like boxes more than binary code? Then you could always look out for the Special Edition of the game, which comes with a printed manual, a Tropican passport, a Tropico postcard, an additional DLC map ‘Bayo del Olfato’ and a costume for your avatar to reward your loyalty to physical objects.