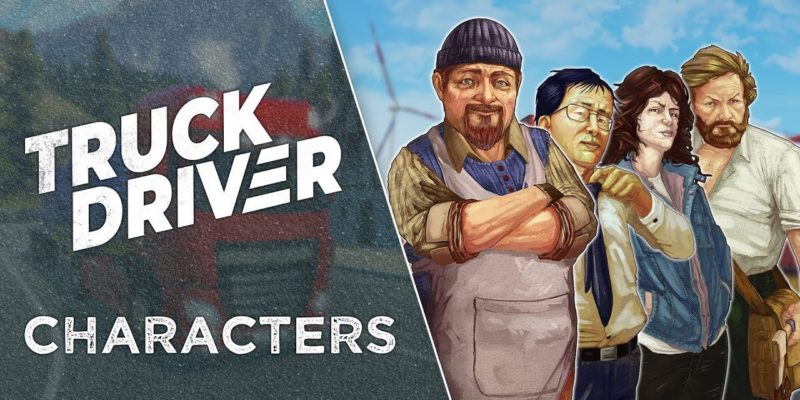 I’m not sure exactly when truck driving became its own subgenre, but I’m not complaining. SOEDESCO’s upcoming Truck Driver is a little bit Stardew Valley and a lot a bit American Truck Simulator. The game works off the premise that your father has left you a truck. You take that as a sign that it’s high time to pack up and start a new life of long-haul driving. The game looks like a good solution for those who want a little more role-playing in their truck games. To that end, Truck Driver features plenty of NPCs, each with their own jobs and dialog.

The last update Truck Driver video already gave us a look at the parking system in the game. This latest update video, which is the first of a three-part miniseries, gives us a look into the locals. Whether it’s Sven the lumberjack, Charlie the fisherman, or Andrei and Ioana the construction siblings, you’ll be able to build your relationship with the locals through good old-fashioned work. Truck Driver has a communication system that shows at the top of the screen, letting you easily see what each character has to say while driving. (Though texting and driving isn’t exactly the best way to have this communication, in my opinion.)

Strengthening your relationship with the locals will lead to new work opportunities and even friendship! Yay! What friendship entails isn’t exactly clear at this time. But each character will have their own stories to follow and motivations to unravel. Your route will be clearly marked at all times as well, hopefully keeping you from getting lost since this map isn’t based on real-world roads.

The next couple of episodes will go over the jobs and missions on offer and the customization options you’ll have. Truck Drivers will be out on Steam on Nov. 11, 2019.