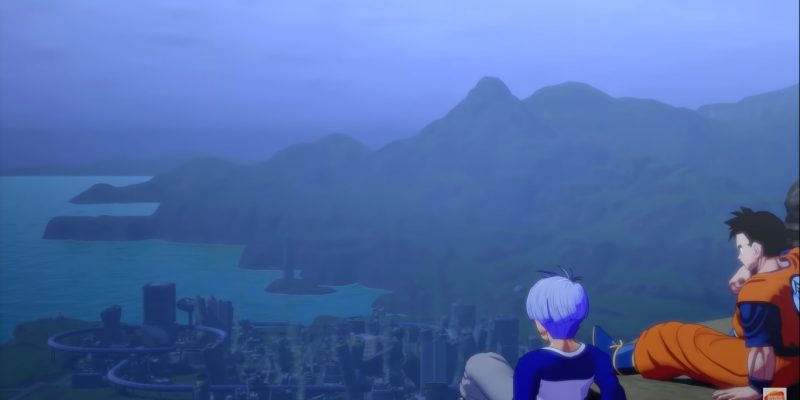 Spoiler alert for a movie that came out in 1993, but The History of Trunks tells the tale of a dark future. For those who don’t know, the Trunks that we meet in the Android Saga is Vegeta and Bulma’s son from the future. In this alternate timeline, Goku dies from a viral heart disease and every one of the Z-Fighters is wiped out by androids 17 and 18. All, that is, except for Trunks and Gohan.

Fair warning, don’t think about time travel in the Dragon Ball universe too much. It makes no sense, and will only give you a headache. This alternate universe story is the darkest and most mature that the series ever got, and also features Gohan at his absolute best. Bulma builds a time machine and Trunks goes back to the past to warn the Z-Fighters and give Goku the cure to his impending disease.

Sadly, no music from Dream Theater

After we were shown the trailer during the Battle Hour’s closing ceremony, it was revealed that this will be the final DLC for Dragon Ball Z: Kakarot. The first two DLC chapters covered the Battle of Gods and Resurrection ‘F’ films, and had many hoping the third would follow suit and adapt the Dragon Ball Super: Broly movie. We now know that this isn’t so, but seeing The History of Trunks is a welcome, and appropriate, throwback for fans, and the game’s last hurrah.

We also learned that a new set of cards for Dragon Ball Card Warriors, the game’s PvP card game mode, will release tomorrow, March 9. Titled Card Blast 2, this mode is free for anyone who owns a copy of Kakarot. You can grab the game right now on Steam, and the season pass will include the previously mentioned chapters, as well as Trunks The Warrior of Hope DLC when it drops in early summer.