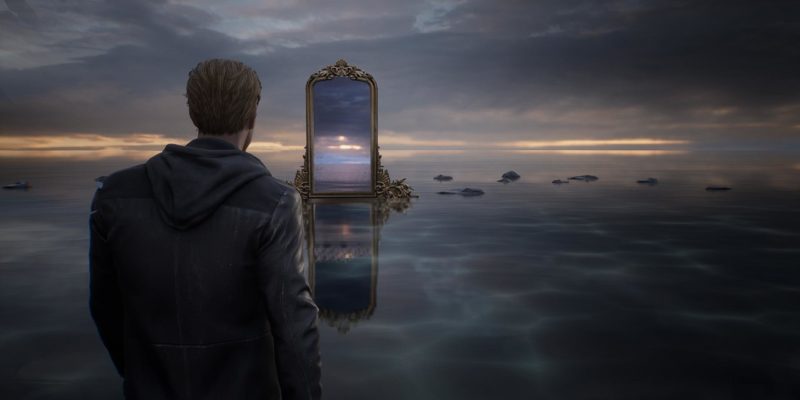 The struggle between objectivity and sentimentality is even more relevant in today’s turbulent news cycle than it’s been in recent times. Is it truly better to seek out truth or comfort? Much like reality, Twin Mirror offers no easy answers. The trails we blaze may leave brush fires in our wake that threaten to grow and spread to the surrounding areas. The game may not be all that long or have the most original premise or setting, but the questions it asks are well worth pondering, regardless of if we appreciate the answers it reflects.

Twin Mirror is predicated on what I like to refer to as a default storyline. Sam Higgs is an investigative journalist who swore to never return to his small, insulated home town. But when a close friend dies, he reluctantly finds himself back again to pay his respects. The daughter of the deceased, Joan, informs Sam that her father’s death may not be as cut-and-dry as it seems and implores him to look into it. What follows requires Sam to think hard about what’s truly important to him as he chases threads that could unravel the quiet tranquility that the town’s residents are familiar with.

The story is fairly trite and the characters, while defined enough to carry the plot forward, aren’t all that interesting. But Twin Mirror is an unabashed success at weaving its primary themes into the core of all aspects of its narrative. Sam is constantly at war with himself. He’s cold, distant, and more than a little selfish. He often turns to help from his twin: a man that looks just like him that only he can see. This twin is empathetic and offers much advice to Sam on how to navigate the parts of his life he doesn’t have such a strong grasp on. 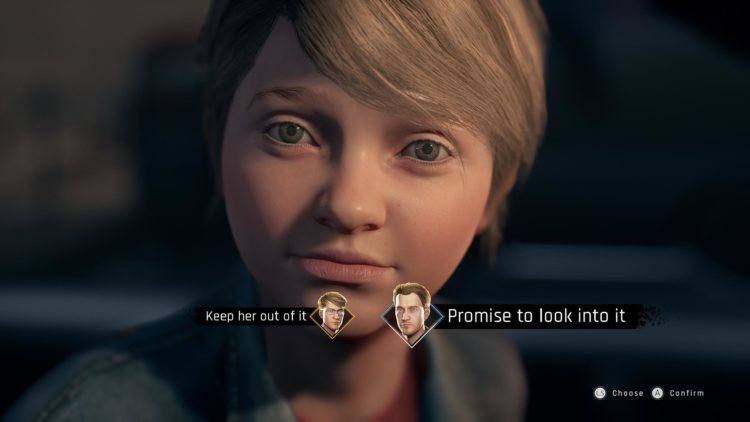 God of the mind

Twin Mirror is a fairly standard narrative game in most respects. The game plays out in chapters where you’ll investigate locations, talk to other characters, and plan out events. You can choose many of Sam’s responses, which characters will react to in different ways. Many of these aren’t particularly impactful on the way the story plays out, however. The largest choices you’ll come across are binary in nature and there’s far less room for maneuvering during the actual gameplay segments. These come with their own bits of flavor, thankfully.

Sam very much lives in his own head, which grants him access to what Twin Mirror refers to as his Mind Palace. Here, he can wander a desolate, fractured space to relive his own memories or piece together clues to form a working understanding of what exactly took place during a given scenario. These are boilerplate adventure game sections where you merely walk around to find all the evidence in order to progress. The Sherlock Holmes-esque nature of him putting the various details together is undeniably interesting, however. You can only select a correct answer to these, but you’ll need to do so by deducing what exactly happened and marking specific elements correctly.

Otherwise, the resulting scenario that Sam runs through will be inaccurate and he’ll point out that it simply doesn’t add up logically. As the plot of Twin Mirror moves forward, there are additional scenarios where Sam will use his abilities to plan out his future actions as opposed to understanding past events. All of it is logical and fits into the game well. Then there are the game’s “panic attack” sections that function almost like mini-games that symbolize Sam calming himself. The first of these has him running through doorways marked with words that need to be successfully navigated. There are a fair amount of interesting ideas on display here. 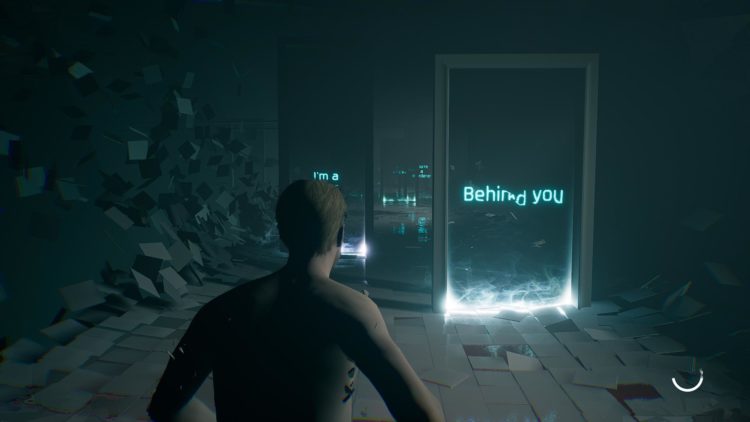 Fire walk with me

Sam is controlled from a third-person perspective, and it’s his job to walk around well-rendered environments. There’s a good amount of atmosphere on display in Twin Mirror, even if the textures and animations don’t hold up to high levels of scrutiny.  Sam moves fairly slowly, although he can jog in larger areas. The game’s world design is also strong, with believable locations and compelling dreamscapes to pore over.

Twin Mirror is rather short, though. It can be completed in roughly five hours without issue. It’s also rarely difficult to figure out how to progress, aside from if you happen to gloss over a piece of evidence while wandering the environments. You can replay individual chapters devoid of lingering choices from the previous ones from the main menu, though. As there are some fairly major choices to make, these are worth seeing for anyone who wants to compare and contrast.

I’m sure all of this sounds fairly routine and not worth that much attention. Which is unfortunate, because I can’t dive deeply into what actually makes Twin Mirror special. I mentioned the way the themes connect and pervade so much of the game’s narrative earlier but going deeper into spoilers is unacceptable in a game like this. I will, however, use the game’s earliest motivator, which it makes perfectly clear within the first ten minutes, to illustrate why I think it’s worth playing. 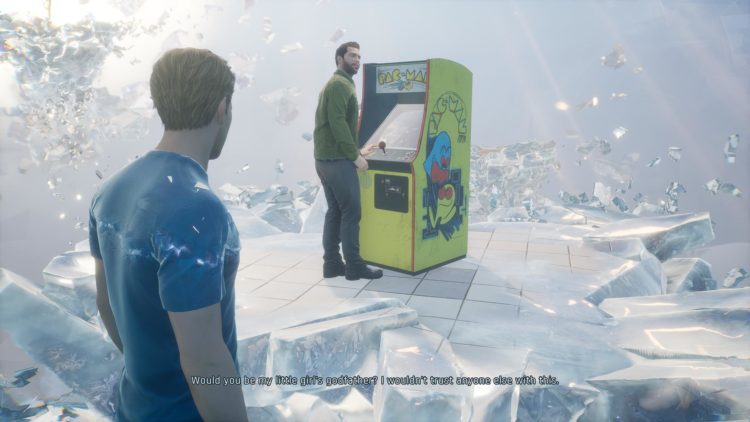 What have ye done

Two years before Twin Mirror begins, Sam worked as a journalist at his town’s local paper. The town centered on a coal mine. This coal mine was dangerously under-regulated and was unsafe for its workers. When the father of Sam’s girlfriend ends up paralyzed due to the job, he reveals the sordid truth of what the mine and the company behind it have been doing. This results in a flood of lawsuits that end with the mine’s closure. And while all the workers are now technically safer now that they’re not working at the mine, many of them are out of a job. This leads to Sam being hated by many in the community, including the extremely generic hillbilly that threatens Sam in the game’s opening minutes.

This information contains Twin Mirror‘s central question: is it worth it to tear down harmful institutions if it means hurting the people you care about? The game presents your choices in binary, but it makes it clear that it’s not as simple as all that. Regardless of what choices you make, there will be sorrow in your wake. And ruminating on that after the game’s exciting, albeit trite, conclusion is really sticking with me. This devotion to that question elevates the game above similar titles. For me, I’m all right if I don’t receive an answer I don’t like, as long as I know I did the right thing.

Twin Mirror won't win any awards for creativity or interesting narrative choices, but it's strong themes that tie the entire experience together make it well worth the price of admission.