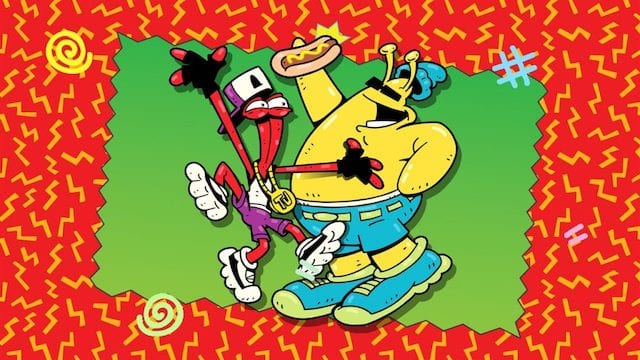 It’s another month, which means it’s time for another round of free games for Twitch Prime subscribers. Twitch recently revealed the games that are available for download for the month. These include a few indie favorites, as well as the return of a beloved hip-hop alien duo, with Toejam and Earl: Back In the Groove!, Hover, Sherlock Holmes: The Devil’s Daughter, and When Ski Lifts Go Wrong.

First up is Toejam and Earl: Back In the Groove!, which has been a hit since its arrival last year. Developed by HumaNature Studios, the game features up to four-player roguelike action as you explore a planet loaded with weird humans. Time to get “jammin’” with this retro duo. Check out the trailer below.

Next up is Hue, a puzzle adventure where you “alter the world by changing its background color.” This plays out to where your actions go next, so pay close attention to what colors you choose.

Then there is Hover, and fans of Jet Set Radio will want to check this one out. You’ll join a local Rebellion and fight back against security forces within an open world. Use platforming skills and perform incredible tricks to change the future.

A classic Sherlock Holmes adventure joins the fray next with The Devil’s Daughter. In this, you’ll take on a “breathtaking thriller” as you use nerves and intelligence to solve a complex case. Solve the case with the legendary detective, the best that you can.

Finally, there’s When Ski Lifts Go Wrong. This quirky puzzle game asks you to put together a series of ski lifts to move around skiers. But make one wrong move and you could leave quite the mess behind. (And that just wouldn’t do well for business, now would it?)

These games are available for download free of charge through December 31, along with other promotional offers. Check out Twitch Prime for more details!

Twitch Prime is free for all Amazon Prime subscribers, so make sure to add it to your benefits.

Here are the times Halo: Reach goes live, but no pre-load