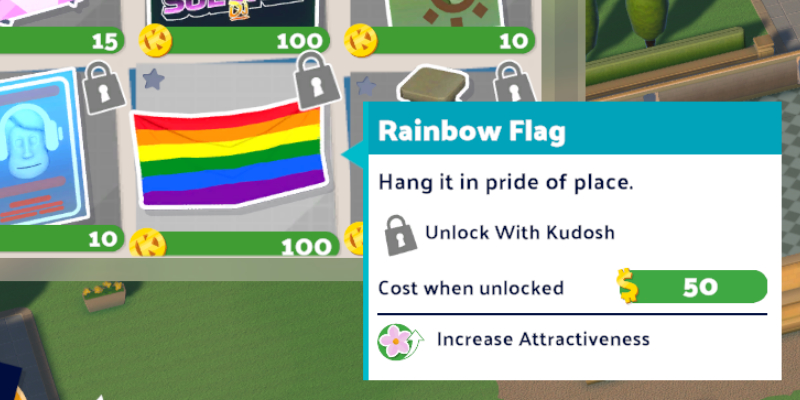 A good chunk of Two Point Campus‘ progression is tied to a currency called Kudosh. It’s important that you earn as much of it as possible in order to further develop your university. However, it can be confusing at times how to get it. To help you out we’ve set up this handy guide on how to get Kudosh in Two Point Campus.

Note: For more information about the game, check out our Two Point Campus guides and features hub.

Kudosh is a secondary currency that is separate from regular money. While money is used to purchase rooms, items, and new land, Kudosh has a different use. It is a returning feature with it also playing a key role in Two Point Studios’ previous work, Two Point Hospital.

The main use of Kudosh is to unlock more items. By default, you only have so many items that you can place around your university. Rather than only having the option to use a research system like most other management games, Two Point Campus allows players to also unlock items with Kudosh. 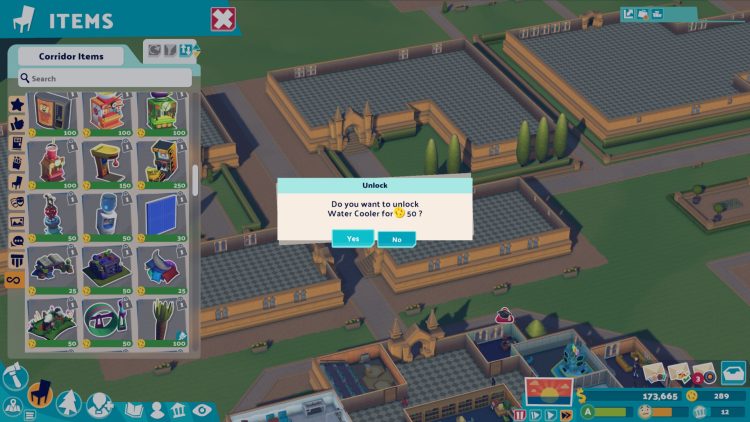 There are several reasons why you would want to unlock new items. Obviously, it’s nice to have access to as much customization as possible, but that’s not all. Students will often make requests for you to unlock specific items using Kudosh. If you fulfill these requests, it greatly boosts your students’ happiness. Happiness is the most important thing to prioritize as it affects just about everything. Unhappy students will work less hard and, in extreme cases, even refuse to pay their tuition.

Item variety is important for maximizing your campus’ attractiveness. Room attractiveness is one of the factors that influence how happy your students and staff are. Having a university full of minimalistic bland rooms will make students less happy. In contrast, filling these rooms with various items purchased with Kudosh will spice up your campus and lift your students’ spirits.

How to get Kudosh in Two Point Campus

The most consistent method of farming Kudosh in Two Point Campus is to complete career goals. In Two Point Campus, there are a large variety of career goals that can be considered milestones of sorts to work towards. None of these goals are earned quickly, but they are things you’ll earn over time by just playing the game. 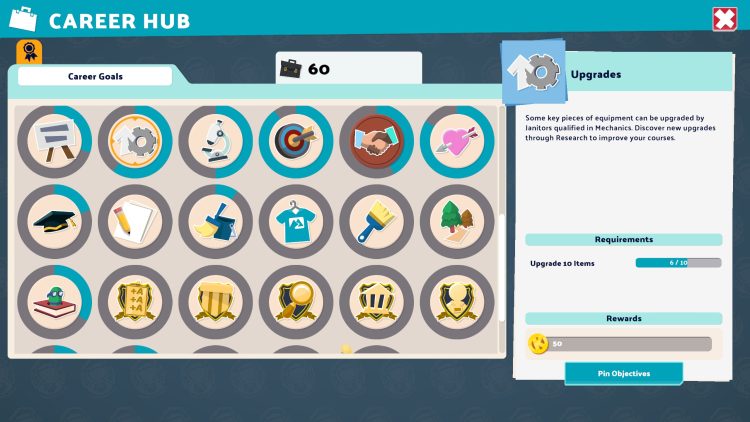 Some examples of career goals you can complete are satisfying 100 personal goals, earning $1,000,000, and winning Campus of the Year 10 times. There are just short of 40 different career goals, all with several tiers to work through. Completing higher-tiered career goals rewards more Kudosh. If you have a specific career goal you want to try and complete, you can pin it through the Career Hub interface. Once pinned, the goal will remain as an active objective on your screen that will update as you progress towards completing it.

Occasionally you’ll be given a notification for either an inspection or an open day. These are unique events where either an inspector or potential students come to your campus to check it out. The inspector is there to test you, while the students are trying to figure out if your university is the right fit for them.

It’s important to pass your inspections and perform well on open days. Successfully completing these events in Two Point Campus will reward a lump of Kudosh that can be spent on unlocking new items. As an additional bonus, successful open days also guarantee new students for the following academic year. More students mean more income which, in turn, gives you more funds to invest into expansion. 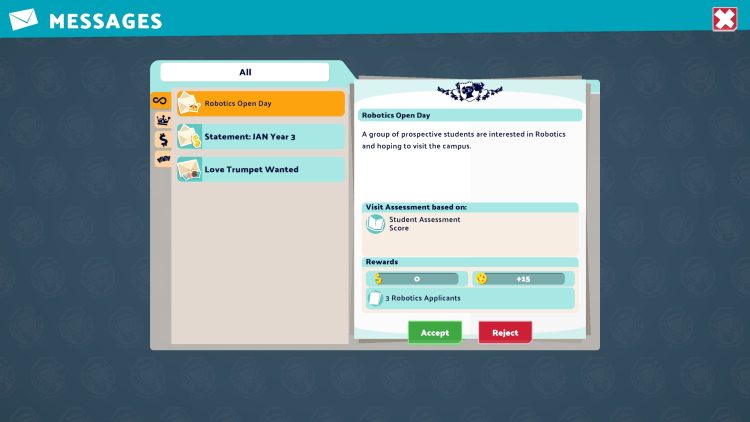 The main use of the Research Hub is to research upgrades for specific items. For example, you can research Robotics Project II which provides access to advanced technology. Students studying Robotics will receive a better education if they have access to this superior technology.

That isn’t the hub’s only use, though. You can also research commercial projects which reward Kudosh. You won’t want to do this too early on, as the Research Hub is best used to improve important rooms. But once your campus is running smoothly, earning some extra Kudosh on the side can be useful.

Finding Bookworms is another way to farm Kudosh in Two Point Campus. They are literal worms that can spawn on any grassy surface on your campus. They are fairly common and serve as a simple side activity that eagle-eyed players can take advantage of.

If you spot one, all you have to do is click it and you’ll have a chance to receive a reward. One of the rewards they give is Kudosh, but they also give money. They don’t always give you stuff, but it’s still worth clicking them when the opportunity arises. Interestingly the rate at which they spawn and disappear is completely unaffected by game speed. It doesn’t matter if you have the game paused or are playing at max speed, you have the exact same time window to click them. 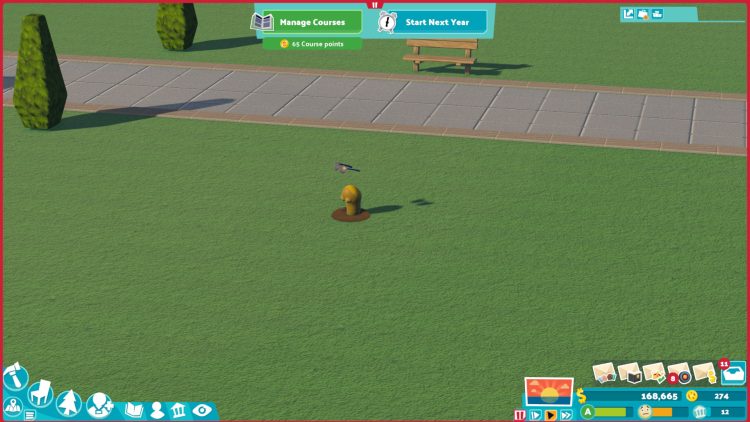 Two Point Campus is available on PC via Steam and Game Pass.

Fall Guys is getting a Sonic the Hedgehog-themed crossover event