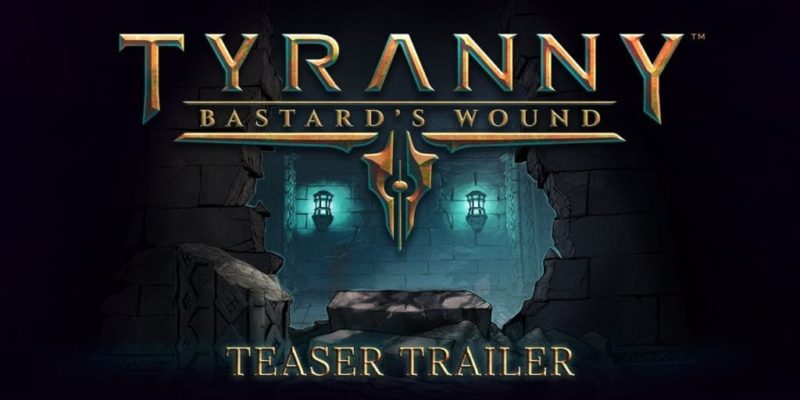 There’s a lot of activity around Obsidian’s Tyranny all of a sudden; an upcoming expansion, the release of an ‘Event Pack’, and a forthcoming free update. The expansion, ‘Bastard’s Wound’ and the free update will release concurrently (no date for that, but “coming soon”), while the Event DLC is out today.

Everybody will be getting some new voice acting, an “expansion” of the game’s truncated third act, and a new path to an “unseen ending”. That all sounds very welcome.

Bastard’s Wound, meanwhile, will delve further into the world of the Tyranny Beastmen. The title refers to an illegal (under Kyros’ Law) settlement and haven for those fleeing the war. It’ll be up to the player, as ever, to decide how to apply Kyros’ judgement to the situation. As well as new characters, items, and storylines, the expansion will introduce new companion quests for Verse, Barik, and Lantry. No price on this expansion just yet.

Finally, the Tales from the Tiers pack ($7.00) adds “new travel map events, encounters, and side stories” to Tyranny. A free patch launched alongside this update (different from the free update mentioned above) adds “New-Game-Plus mode and character re-spec options for an easier way to explore other plotlines.”

You can read all about today’s Tyranny patch, here. A short teaser for Bastard’s Wound is below.

Ni No Kuni 2: Revenant Kingdom gets a release date