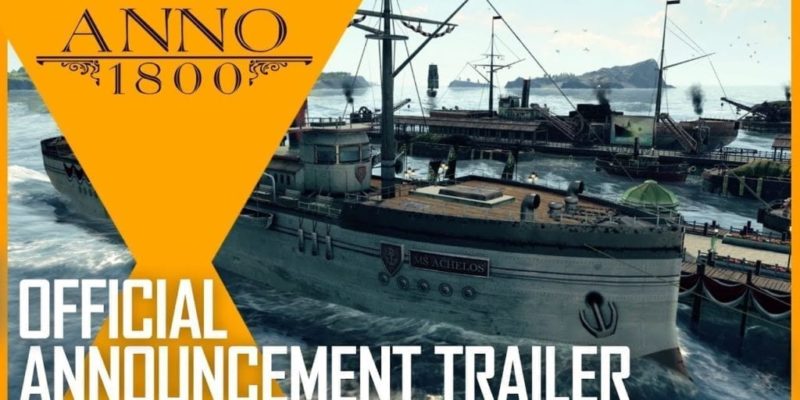 Ubisoft and one of its European subsidiaries Blue Byte decided to make a quite important game announcement. Anno 1800, the newest entry to the well-known Annoseries, will arrive on PC in late 2018.

The following announcement was made during this year’s Gamescom and while we will have to wait a long time until its official release, it’s nice to see the developers deciding to return to the dawn of the industrial age. The technological and political landscapes were rapidly evolving during this period of time, so it is up to players to keep track of the changes so their empire will survive in Anno 1800.

The developers over at Blue Byte want this title to go back to the series’ original roots, while at the same time they want to take the game to the next level with quite a few refreshments. This will happen with the help of their fans and with Anno Union. Anno Union will allow its members to play the game early and provide feedback on Anno 1800’s early builds. You can learn more about how to participate in the Anno Union here.

You can watch the announcement trailer for the game and the video introducing the Anno Union below.