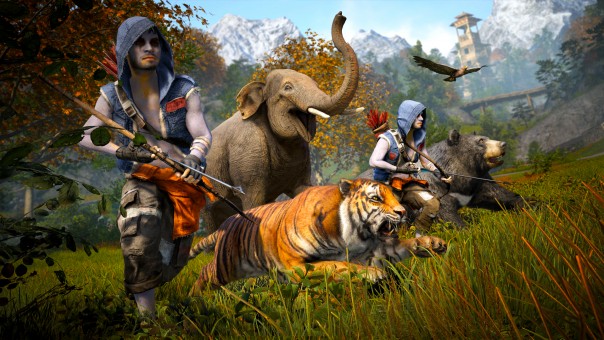 What should be the next Far Cry game? Some of these Ubisoft’s suggestions are just weird.

In a poll which has been issued by Ubisoft, and revealed by Eurogamer this morning, Ubisoft are throwing around ideas for the next Far Cry title. Looking through the list of suggestions, it’s hard to tell if they’re having a laugh with some of these or are just wanting to create another spin-off title like Blood Dragon. The options included in the poll are as follows:

It’s a pretty weird spread with Alaska, Vietnam or cocaine trafficking in Peru three of the more sensible/realistic options that could fit. The mention of another Blood Dragon is also great to see because there should have been a follow-up by now.

If Ubisoft did make a vampire of zombie version then I think we know they’ve run out of ideas.What would you like to see from this lot?

By Jason Rodriguez11 mins ago
News