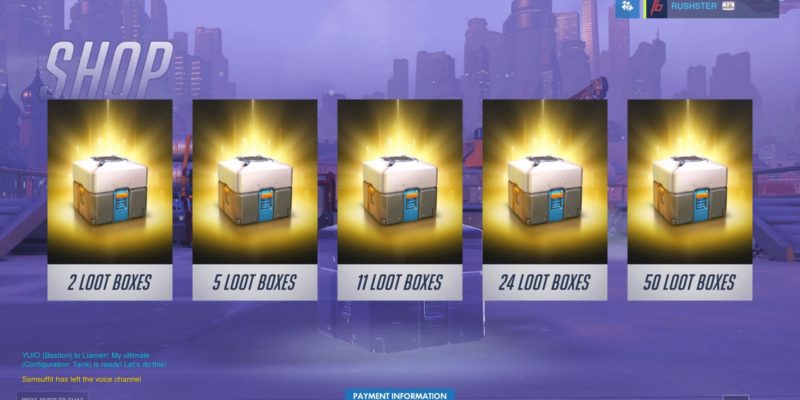 The UK Gambling Commission has issued another statement regarding loot boxes which attempts to explain their position on the matter. The problem they are facing is what constitutes gambling under UK law set by Parliament.

The Commission appears to be concerned about the addictive nature of the loot boxes but at the same time has difficulty classing it as gambling as the rewards cannot be “cashed out”. If some kind of regulation were to go in place, an age rating restriction would appear to be their only choice to keep the younger audience away from them.

The problem with a lot of the legal discussion is that it fails to tackle the issue of content being locked away by publishers/developers unless more cash is sunk into the game on these random loot boxes. Only gamers have the power to stop it by not purchasing games that include this type of loot box mechanic in the first place. Star Wars Battlefront 2 is a prime example.

The loot box debate is going to continue but it’s going to take time to force a change. The full statement from the UK Gambling Commission reads as follows:

In early 2016 we identified loot boxes as a potential risk to children and young people as part of a wider review on our concerns around video games and gambling themes, resulting in publication of a position paper.

Our starting point in deciding our position with any product is to look closely at whether or not it falls under UK gambling law. The definition of what is legally classed as gambling is set by Parliament rather than by us. Our role is to apply that definition to activities that we see and any changes to that definition need to be made by Parliament.

A key factor in deciding if that line has been crossed is whether in-game items acquired ‘via a game of chance’ can be considered money or money’s worth. In practical terms this means that where in-game items obtained via loot boxes are confined for use within the game and cannot be cashed out it is unlikely to be caught as a licensable gambling activity. In those cases our legal powers would not allow us to step in.

However, many parents are not interested in whether an activity meets a legal definition of ‘gambling’. Their main concern is whether there is a product out there that could present a risk to their children. We are concerned with the growth in examples where the line between video gaming and gambling is becoming increasingly blurred. Where it does meet the definition of gambling it is our job to ensure that children are protected and we have lots of rules in place, like age verification requirements, to do that.

Where a product does not meet that test to be classed as gambling but could potentially cause harm to children, parents will undoubtedly expect proper protections to be put in place by those that create, sell and regulate those products. We have a long track record in keeping children safe and we are keen to share our experiences and expertise with others that have a similar responsibility. Whether gambling or not, we all have a responsibility to keep children and young people safe.

Way of Redemption: We are giving away 6000 Steam keys for the MOSA