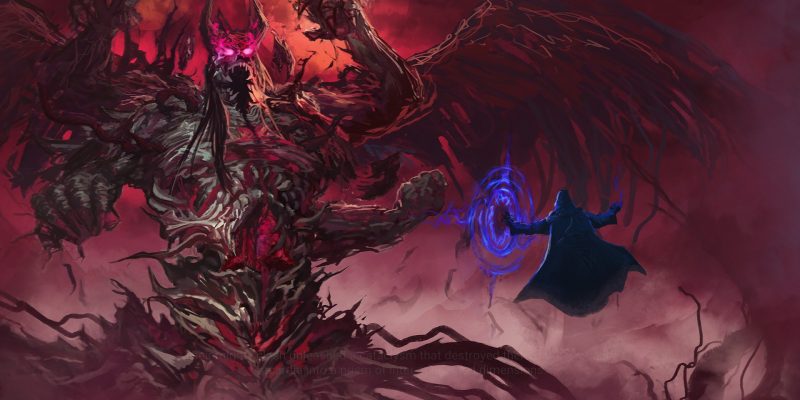 I’ve kept an eye on Ultimate ADOM – Caverns of Chaos for quite some time. ADOM was one of the first true roguelikes (along with the omnipresent NetHack) that I got so deep into that, several years later, I came out the other side, blearily staring at the world around. It had an overworld, multiple dungeons, lots of weird and wonderful quests, and a huge number of fascinating mechanics. This gave me the perfect balance between randomization and experimentation, along with areas and goals that were set in stone to give me steady footing.

Ultimate ADOM is not that. This isn’t inherently a bad thing. ADOM itself is still available both as a free download and in shiny-Steam-version formats. Ultimate ADOM doesn’t supersede or replace that at all. Here, we’re given one dungeon, the titular Caverns of Chaos, and the job of delving into it and looting it.

It’s also a hell of a lot simpler which, again, isn’t a bad thing. Lighter roguelikes (roguelike-lites?) are also welcome, as the superb Dungeonmans and Dungeons of Dredmor both show. Aside from the whole “one dungeon” thing, we’ve got four-way movement instead of eight-way movement and a number of other changes that vastly simplify Ultimate ADOM when compared to “true” roguelikes.

Many hands, many axes

While Ultimate ADOM has a lot that needs adding (I’ll talk about that in depth shortly), there are already a load of features that I absolutely adore. The ASCII mode is a nice touch, and the fact that it’s not actually ASCII but still full-fledged rotatable 3D is honestly kind of awesome. 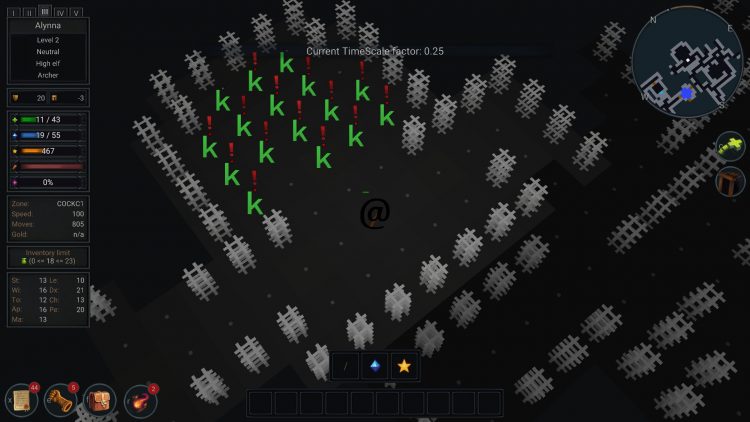 The skill trees, too, have a lot of personality and potential for builds. Yes, you can go with the boring old heavy armor and axes and just walk into things until they die, but that’s boring. Especially when you could pump your skill points into stealth and kill entire rooms of enemies before they spot you. Or, better still, chuck a few points into the grafting tree so that you can graft body parts of enemies onto yourself.

Why yes! I have, in fact, butchered several orc corpses and then attached their arms to myself, becoming a four-armed quad-wielding threshing machine in the process. And you should too. Hell, it looks like I can graft on a second head, and I’m all for that. 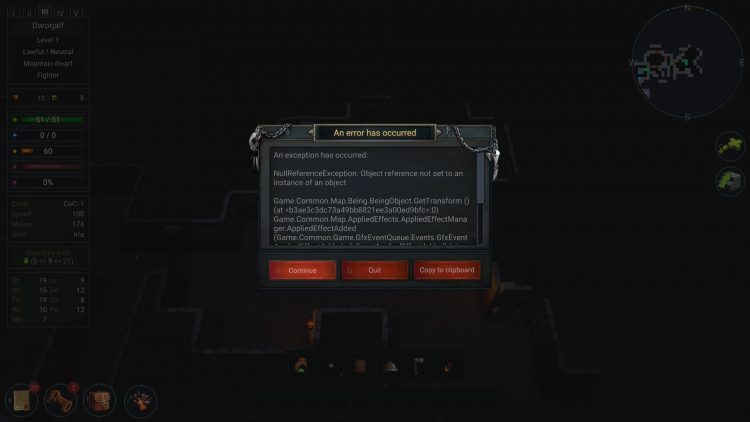 The tip of the iceberg. Icebug. Whatever.

All of this is great, but the problem is that the amount of content in Ultimate ADOM, is, right now, incredibly limited. This feels like an alpha in almost every sense of the word: I hit about four full-screen error messages within the first 20 minutes of play.

Even some of what I’d consider the absolute basics aren’t yet present. There’s no save function, so once you start a run, you’re locked in until you die or you quit. And unless I’m missing something, there’s also no Rest Until Healed function — although until hunger is in the game, that might be a bit overpowered. 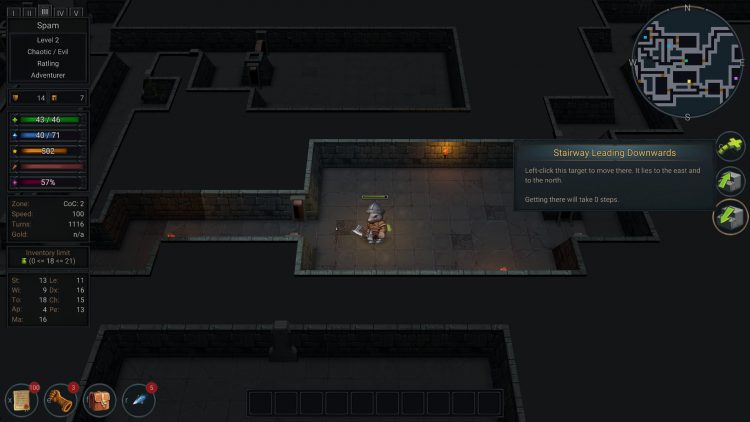 All of this makes Ultimate ADOM about as hard to recommend as it is to judge. Like chaos itself, there’s a huge amount of potential here but nothing particularly concrete. Sure, you can create a tentacled ratling dedicated to corruption and horror and fight your way through the dungeon only to die by accidentally jumping into a drain. But that’s about it, and for the asking price of $17, I’d honestly say it’s better to hold off.

I can see this becoming something very, very good. But Ultimate ADOM feels incredibly limited in its current state. Unless you want to help shape its path, it might be better to hold off for now. It’s definitely one to keep an eye on, especially if the roadmap pans out. But you probably want to avoid delving into these caverns right now.

By Kevin Carignan14 hours ago
Previews