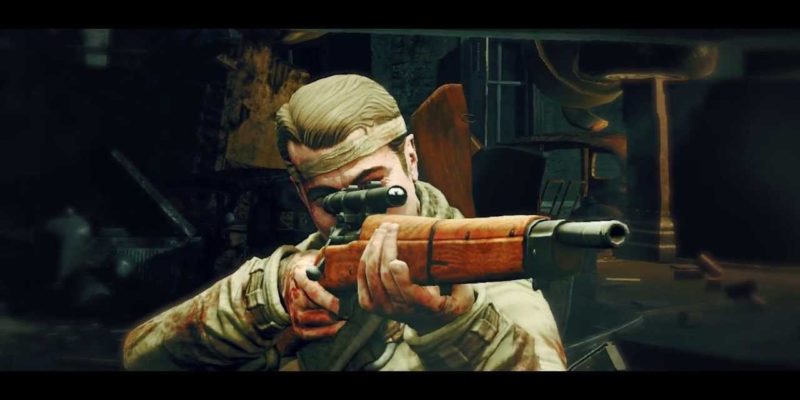 Zombies in the foreground appear to be doing some sort of interpretative dance.

Rebellion have popped their heads above the barricade to note that Sniper Elite: Nazi Zombie Army 2 will be available on Steam from around 5pm (UK time) this evening. That’s about when I’m typing these words, so it should be possible to buy it whenever you’re looking at this.

Hitler’s plan to unleash zombie hordes upon the world doesn’t seem to be progressing to his satisfaction (who knew that letting flesh-craving monsters roam around the place would backfire?), so you’ll be heading back to Berlin for some more four-player co-op. The trailer (below) seems to suggest more monsters have swelling the nazi zombie army ranks, which is pretty much what you’d expect from a sequel, really.

In addition to the launch, Rebellion will be streaming some Nazi Zombie Army 2 from 6pm (UK time,) which is about an hour after I’m typing these words. 11am Pacific, 2pm Eastern, I believe that would be. You can find the stream here and should also be able to ask the team questions while they play in an amusing attempt to distract them and get them killed.